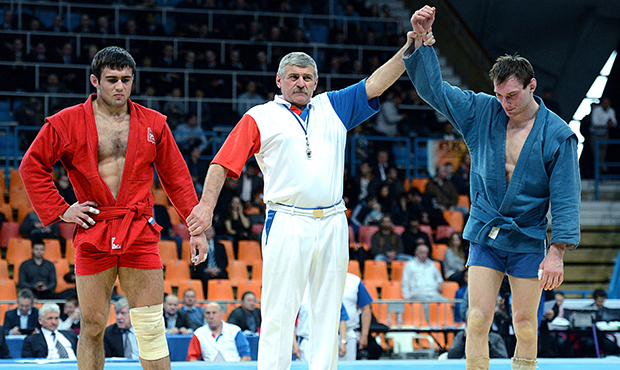 The results of 2014 sambo cup race were announced. From January till September, sambo athletes from all over the world were fighting for the right to mount the virtual pedestal of the World Cup. Three winners in each weight category among men and women were defined according to the results of the four-staged contest. The athletes traveled to Kazakhstan, Russia, Venezuela, and Bulgaria in order to compete for scores and medals, and, prospectively, for prize fund in the amount of $100,000. Today FIAS website announces the names of successful athletes.

The leaders of the overall rankings come from three sambo continents: Europe, Asia and Pan-America. In the final protocols the Old World is presented by the athletes from Russia, Belarus, Hungary and Ukraine; Kazakhstan and Tajikistan became the luckiest among the Asian countries; and the Pan-America was glorified by sambo sportsmen from Venezuela and the USA. Together with the proud titles of champions and prize winners, the athletes holding the first three places in each weight category will receive money prizes according to their respective places.

It should be noted that since 2015, the contest for the major money prize in the amount of $100,000 will not be held according to the results of the World Cup, but based on the performance at the major take-off of the sambo season – the World Championship. As for the World Cup, it will also change its format. Instead of four contest stages during the year, now the winner in the overall standings will be determined at the Super World Cup Memorial A. Kharlampiyev in Moscow. Thanks to these innovations, it is expected that the audience appeal and the combat level of both competitions will increase significantly.

Results of the Sambo World Cup 2014
Share
Blog
Recent photos
Latest news
Recent videos
Latest news
Follow latest news You are subscribed!
Thank you! Your confirmation email has been sent to your email.
This website uses cookies to ensure you get the best experience on our website More info Got it!