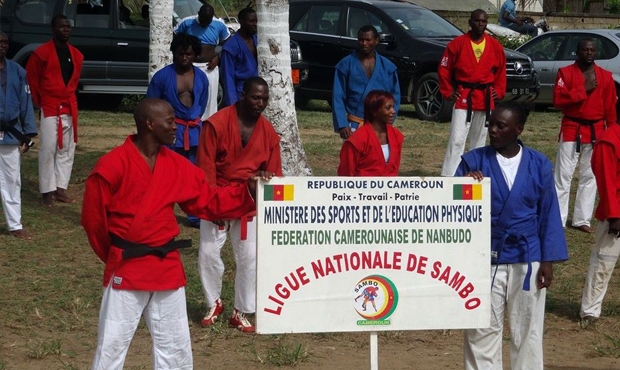 Every spring Cameroon hosts a magnificent and important event – the opening of the sports season organized by the Nanbudo Federation, National Sambo League. This year it took place in the southern region of the country, the coastal town of Kribi. Traditionally, the event was attended by the representatives of Cameroon sambo and nanbudo, and the opening was devoted to the fight against terrorism.

The African Sambo Championship which was held last September in the capital of Cameroon is still fresh in the sports country’s memory. All the observers of those competitions also have fresh impressions of the vivid presentation of nanbudo as part of the sambo tournament. The season opening is another opportunity for sports fans to see the bright performances of Cameroon sambo and nanbudo athletes that leave no one indifferent. 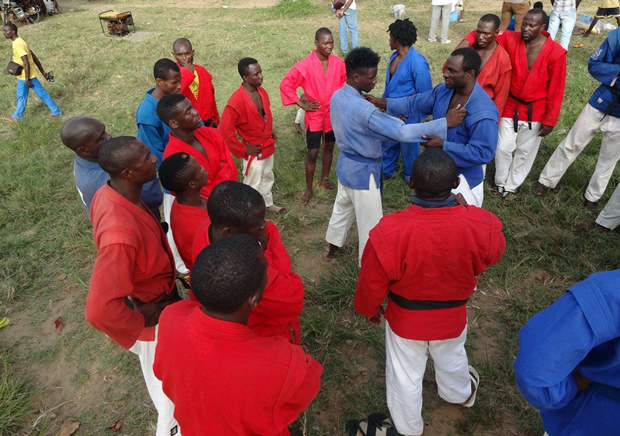 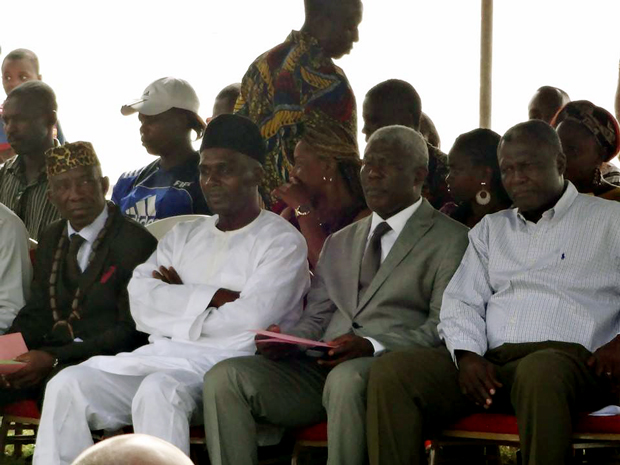 The event started with the welcome speech of Francois Mbassi, the President of the Nanbudo Federation, National Sambo League, who told about the achievements of the Federation and congratulated everyone with the opening of the season. His speech was followed by the address of the delegates of the government of the city council of Kribi. Finally, Jean Bokalli, the representative of the Ministry of Sports and Physical Education, announced the sports season of the Federation opened. After that, the athletes showed different demonstrations of two sports disciplines – sambo and nanbudo. 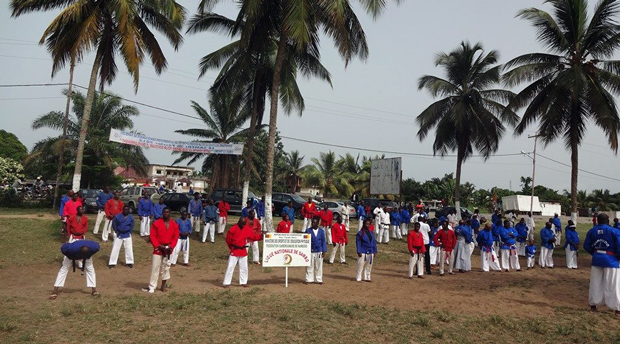 The Cameroon sambo headed by Albert Ateba Ndongo, the President of the National Sambo League, was represented by such professionals as Belmond Luc Alog, Francois Nama, Michelle Tashem, Ariel Paul Onono and Stoli Ayagma. General management of Cameroon sambo is carried out by Francois Mbassi, the President of the Cameroon Nanbudo Federation and the Secretary General of the African Sambo Confederation. 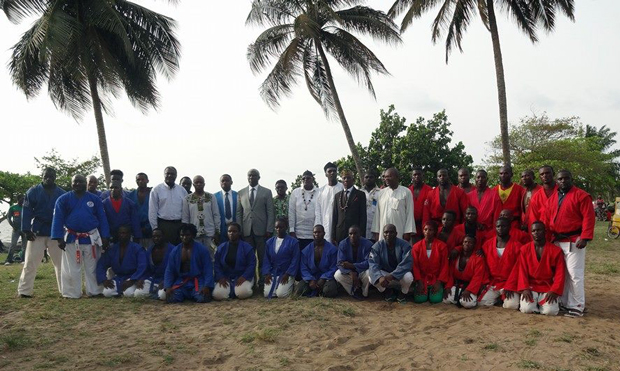