Sambo coaches will be trained in Argentina 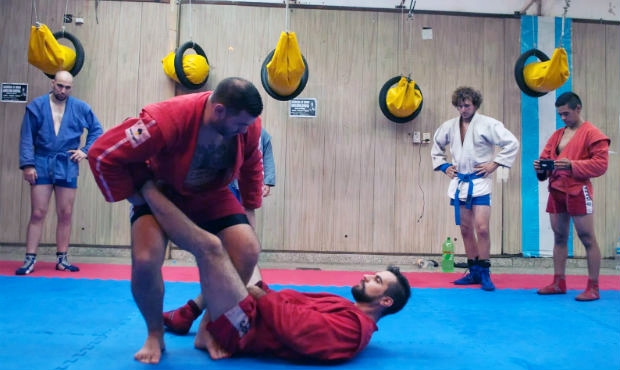 The first in a series of planned workshops for training national sambo coaches and instructors was held in Concepción del Uruguay in the Argentine province of Entre Rios. From January 23 to 25, Juan Pablo Melo, president of the Argentinian SAMBO Federation, shared sambo training secrets with participants, including theory, practice and teaching methods. This training is aimed at improving Argentina’s sambo system.

The workshop for national coaches and instructors was held over three days. The first day was devoted to theory and practice, and included a detailed discussion of the rules of sambo, followed by a practical analysis of some highlights and difficult situations. Workshop participants spent the second day on the sambo mat under the guidance of a mentor. They studied positions, movements and the corresponding submission holds in sport sambo and then in combat sambo. The final day of the course was devoted to a repetition of the material and a study of teaching methods.

“This is the first of a series of workshops planned by our Association, which will be held all over the country. We will conduct courses in Argentina’s major cities, so that we cover the whole country,” Juan Pablo Melo says. “This is our concept for improving Argentina’s sambo system, which will allow us to hold a successful national qualifying competition in the near future for participation in the championship of the continent.”

Next in line are the cities of Buenos Aires, La Plata, Campana, Chaco, Rosario, Córdoba, San Juan and Tucumán. However, not only residents of Argentina are taking part in the training. A representative of Uruguayan sambo, who is working to develop the sport in his country, also attended the first course. Thus, a national workshop was in some sense international.

[Photogallery] Training workshop for national sambo coaches and instructors in Argentina
Share
Blog
Recent photos
Latest news
Recent videos
Latest news
Follow latest news You are subscribed!
Thank you! Your confirmation email has been sent to your email.
This website uses cookies to ensure you get the best experience on our website More info Got it!