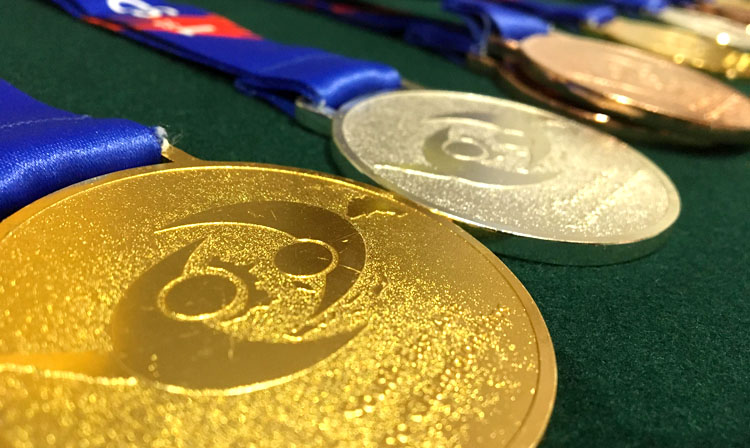 The first Southeast Asian SAMBO Championships took place on April 11-12 in Jakarta. This tournament was a dry run on the threshold of the XVIII Asian Games that will for the first time include competitions in SAMBO.

Over 60 sambists from 6 Asian countries took part in the Southeast Asian SAMBO Championships. Aside from a team from Indonesia that represented the hosts of the tournament, teams from Vietnam, Malaysia, Singapore, Thailand, and the Philippines took part in the competitions.

– I’m very glad that Indonesia hosts the Southeast Asian SAMBO Championships, it’s an important and significant tournament for our region, – remarked Krisna Bayu, President of the All Indonesia SAMBO Federation. – I truly hope that SAMBO will be expanding in Indonesia at a maximum possible speed and that this tournament would prove a serious impetus for such growth. Besides, I’m sure that the Southeast Asian SAMBO Championships would become a springboard for other countries of the region, in forming their own national federations. 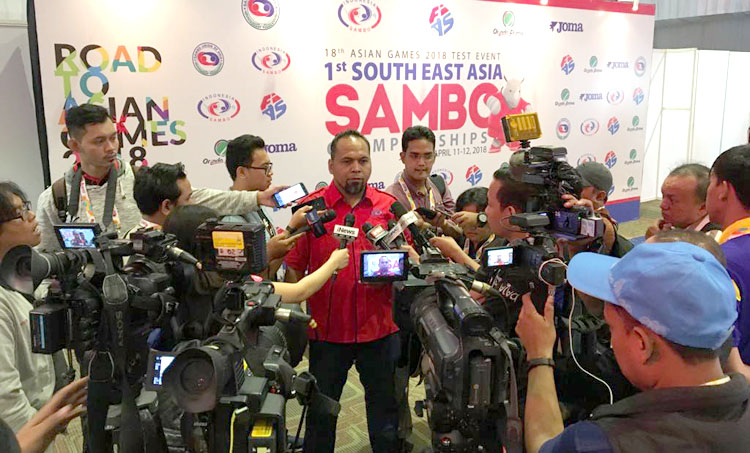 Krisna Bayu also commented on the significance of the championships as a tryout tournament prior to the Asian Games that would include competitions in SAMBO scheduled from August 31 to September 1.

– It’s highly important for us that SAMBO will be introduced in the program of Asian Games here at our home ground in Indonesia. We are very proud of this fact; – he claims. – SAMBO is still a new sport for Indonesia, yet the staging of the tournament in SAMBO in the framework of such major competitions as the Asian Games would become a starting point for the promotion of this sport in our country. I dream that someday SAMBO will become an Indonesian lifestyle.

Suresh Gopi, Director General of the SAMBO Union of Asia (SUA) and a technical delegate of the XVIII Asian Games notes that the Southeast Asian SAMBO Championships have two primary objectives as a tryout tournament. 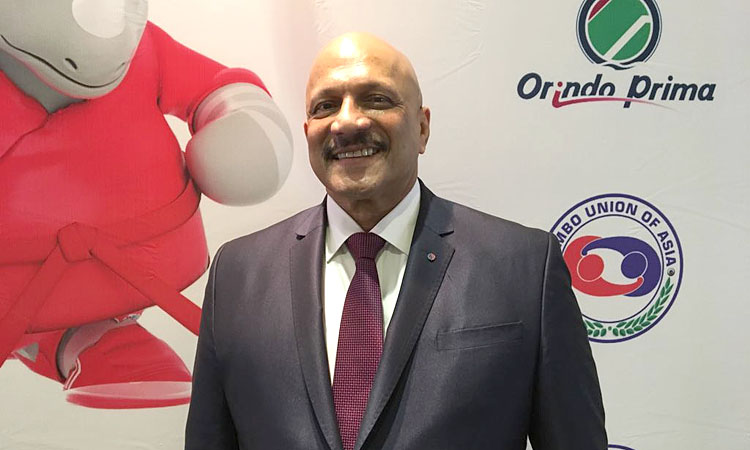 – The first objective is to introduce and bring together the officials of national federations and international organizations so that in future they could consistently work as a team. This task is not quite easy, for this is the first tournament in Indonesia of such a large scale. Some members of the staff are still unfamiliar with competitions in SAMBO, and some even learned about SAMBO itself for the first time. One of my main tasks was to introduce these people to each other, to educate and motivate them for their further fruitful cooperation. And the tryout tournament which we hold these days will give an excellent opportunity to test their interaction skills on the threshold of the major event, the Asian Games, that will become historical for SAMBO, – said Suresh Gopi.

In his opinion, the second objective of the tournament is to demonstrate the compliance with each and every criterion that cause SAMBO to be included in the program of the Southeast Asian Games, held under the patronage of the Olympic Council of Asia. 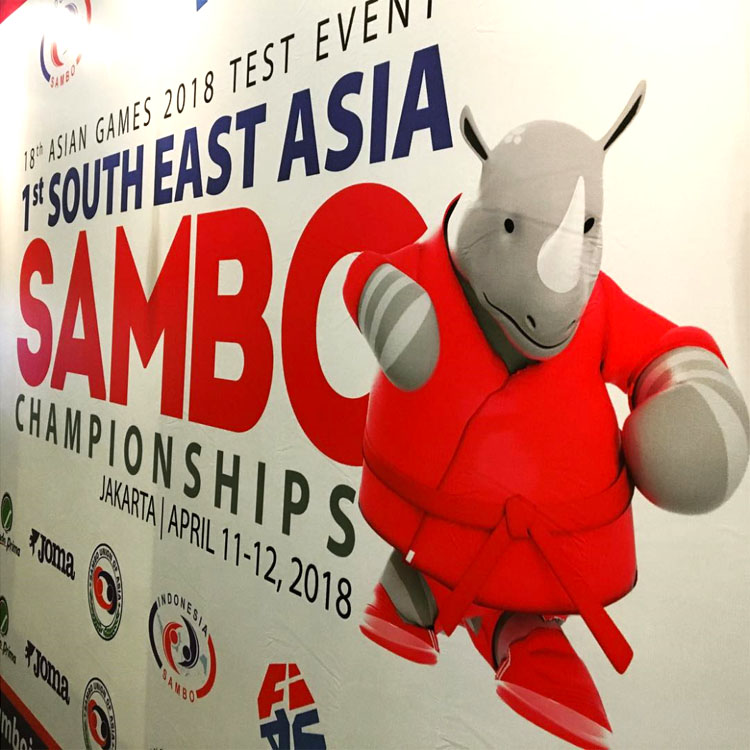 – Next year, these competitions will be held in the Philippines, in Manila. And in Jakarta we’re working hard to demonstrate all the beauty of SAMBO. Thus, representatives of 6 countries take part in the competition, with pretty good athletes among them, and the technological infrastructure of the event complies with the international standards, – said Gopi. – I wish to emphasize that the championships’ organizing committee works in close cooperation with both SUA and FIAS, and now we can witness an excellent level of the tournament organization. Of course, there are some petty hitches and faults which we’re going to work out, but that’s what we stage the tryout competitions for.

Alamjon Mullaev, President of the SAMBO Union of Asia, highly appreciated the standards of the tournament organization, as well. 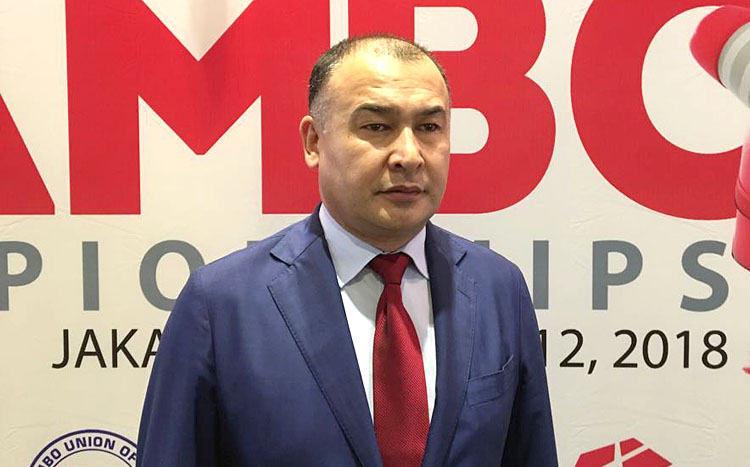 – The Southeast Asian SAMBO Championships is a tryout tournament given prior to the Asian Games, and all the participants notice the consistent teamwork of the organizing committee, along with a great hospitality all the participants enjoy in this country. We saw how nicely the stage of preparation went off, and I have no doubts that the Asian Games will be organized by the high standards, – claimed Mullaev.

The head of the Asian SAMBO specifically mentioned the importance of inclusion of SAMBO in the Asian Games program.

– The inclusion of SAMBO in the Asian Games is an old dream of all sambists of our continent. For more than twenty years we’ve been thinking and talking about it, and now, at last, our dream has come true. These are the largest multisport competitions which are being held on our continent. Even now, many new countries are eager to learn how to promote SAMBO at home, and by the results of the Asian Games, we expect even a greater flurry of interest in our favourite sport. I’m certain that SAMBO would take its rightful place in the big Asian Games, – claimed Alamjon Mullaev.