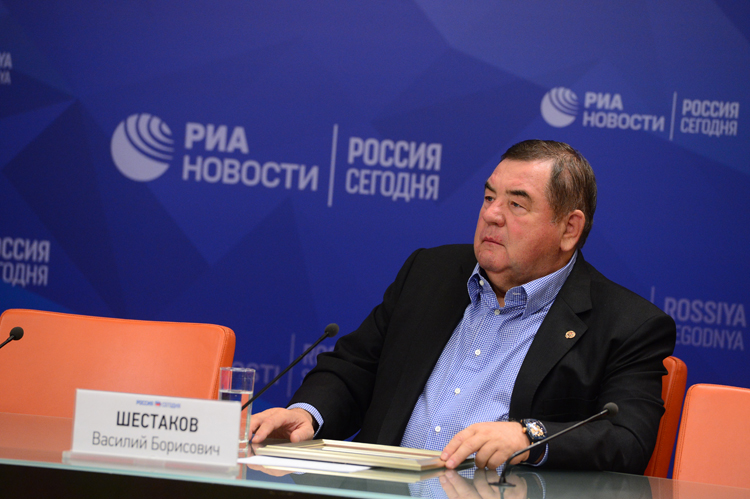 Today, on October 17, a press conference dedicated to the forthcoming 80th anniversary of SAMBO dated from the day of its official recognition as a sport took place in the Glass Hall of the "Russia Today" International Agency in Moscow.

The event started with the official ceremony of cancellation of the anniversary stamped postal envelope decorated with images of athletes demonstrating SAMBO techniques.

Igor Chursin was confident that this envelope would take a worthy place in the collection of Russian and foreign stamp collectors.

Sergey Eliseev informed the reporters on the successes of SAMBO in Russia focusing on the “SAMBO to School” project. 'To date, 43 regions and 800 schools take part in this initiative. One of the project's working perspectives is the introduction of the third physical training class, wherein children are taught to fall and free themselves from various holds.' Also, the Head of the All-Russian SAMBO Federation briefed the audience on the sporting and festive events scheduled for November 16, 2018 in 100 cities of Russia.

The FIAS Head Vasily Shestakov congratulated those present, honored guests and journalists alike, on the forthcoming celebration noting that today combat SAMBO is the most effective form of martial arts. He also recounted the development of SAMBO in recent decades: 'In 1973 the first World SAMBO Championships were held in Tehran, Iran, that were attended by athletes from 11 countries. Last year, in Sochi - 90 countries were presented already,' claimed Shestakov. 'Today, we successfully stage continental championships, and we participate in nearly all multi-sport competitions,' stated the FIAS Head. 'Our competitions are quite happily covered by the press, and they are broadcast by TV companies throughout the world.' At the end of his speech, Vasily Shestakov extended his thanks to the media for the support they provide in promoting and popularizing this kind of sport.

Veniamin Kaganov has drawn the attention of those present to the fact that approximately 270 thousand people in Russia are engaged in SAMBO, and the number of the novice athletes keeps on growing.

In the final part of the press conference, Vasily Shestakov and Sergey Eliseev solemnly presented commemorative jubilee postal envelopes to the activists who had made a great contribution to the development of SAMBO. 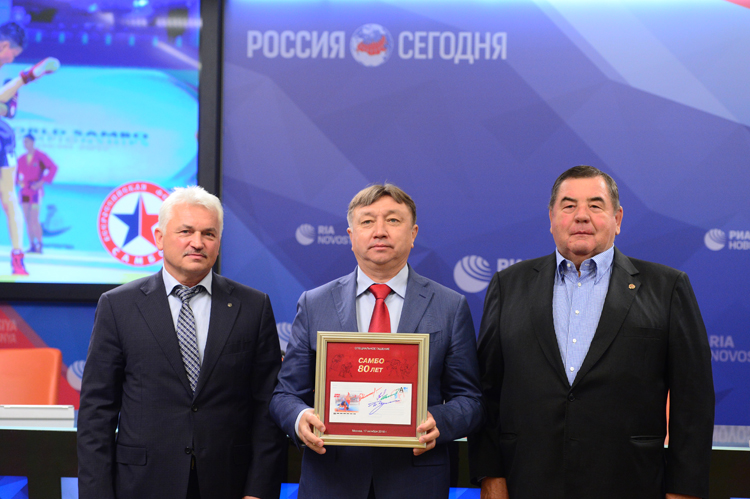 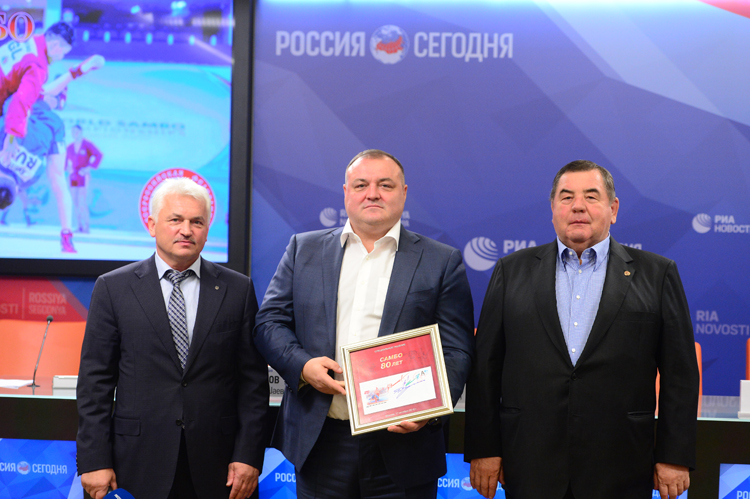 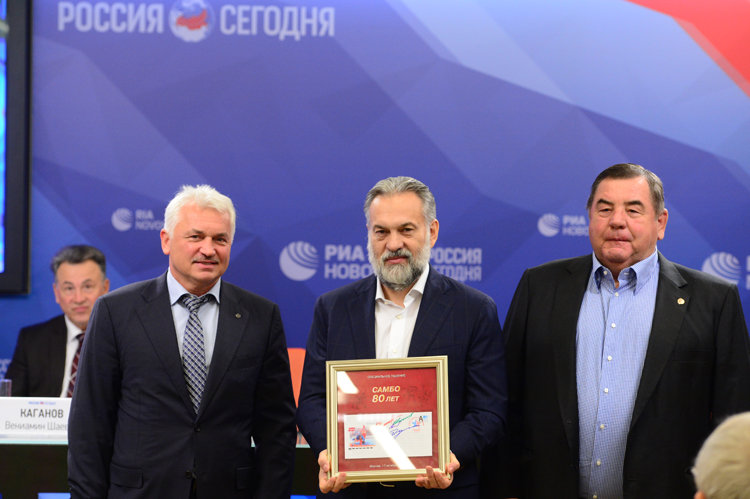 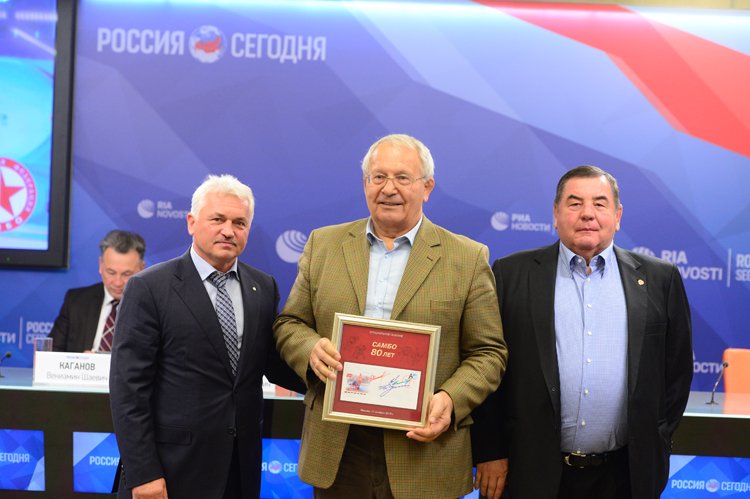 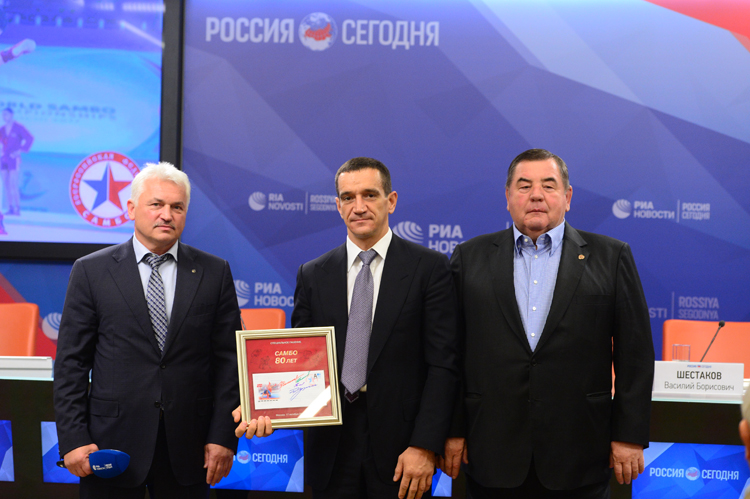