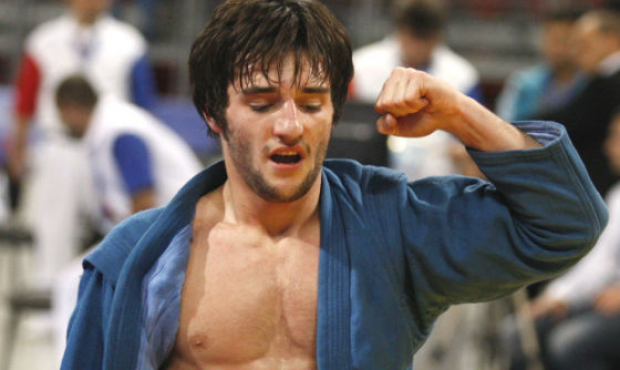 Why do the winners of the World Championship among Youth sing the anthem of their country a capella? Who of the SAMBO practitioners “woke up” only on the last day of the Tournament? Why do the Japanese strive for thorough understanding and studying SAMBO? Where was found the place for Hollywood speeches at the World Championship among Youth? The answers to these and other questions are in the reporting of the FIAS website from the last day of the competitions in Sofia.

Many fans could envy such choral singing! During the awarding ceremony of the winners of the team tournament of the World Championship among Youth in Sofia the Russian national team performed the anthem of their country a capella four times in a row. The matter is that the Russian SAMBO practitioners got to the highest stage of the podium 17 times during the Tournament. The organisers possibly decided that the spectators have learned their anthem by heart that is why they turned on only play back of the first couplet.

Though the Russians were satisfied with such a piece during awarding in individual events, they decided to break the tradition on their own during awarding of team cups. As soon as the play back of the first couplet of the anthem selected by the sound engineer ceased they started singing the continuation in chorus without music. It must be said that they were perfectly heard in 12 thousand Armeec Arena. 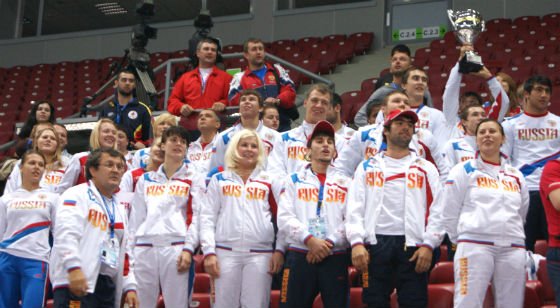 The Russians occupied the top stage of the podium tight having won the team competitions among youth and juniors, however the representatives of other countries actively participated in distribution of the final places. Of course far not all could win the medals but the fact that 18 of 27 participating countries are coming back home with awards points to even growing competition in the SAMBO world.

– I will point out the national teams of Belarus and Bulgaria from the competitors, the Italians also brought a very strong team, Nina Novgorodtseva, the trainer of the Russia national team, said to the FIAS website in the interview. The competition in the SAMBO world is rapidly growing now. On one hand it urges the leaders on the other hand it is pleasant that SAMBO is so developing. It means that this martial art became known all over the world. 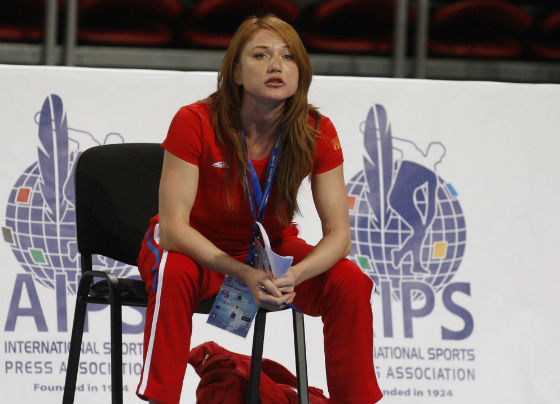 By the way, about the Belarusian team. On the eve of the Championship among Youth absolutely all of the respondent specialists considered this national team to be one of the favourites; however the Belarusians did not have any gold medal according to the results of two competition days. The sportsmen regularly appeared on the podium but they were forced to look at the winners from bottom to top. The SAMBO practitioners from Belarus won their first gold medal only on the last, the third, day of the Tournament. And then came the second, the third…

Viacheslav Kot, the main trainer of the Belarusian national team, commented the results of the Championship among Youth to our website.

– This performance of out team was far from the best. It was a blessing that the boys woke up on the last day, took their 3 first places. We will examine the reasons for unsuccessful performances of the first two days, we will analyse everything that has happened. The reasons exist, they are serious, and we will work. We made a mistake somewhere…

– Is it something complex or unsuccessful preparation to one separately taken tournament?

– I think we were too absorbed by preparation of the National team that is why we lost the sight of the youth. 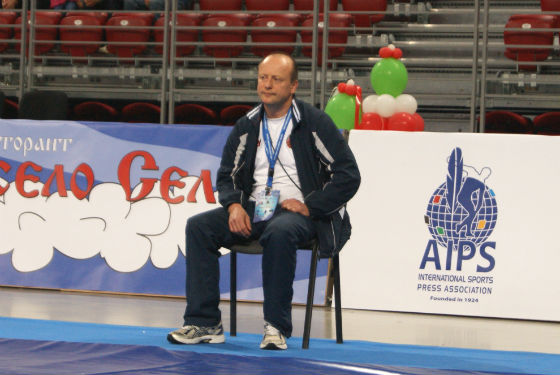 While the Belarusian trainer was sad watching the performances of his pupils the Japanese SAMBO practitioners who became spectators due to the losses enjoyed the process. 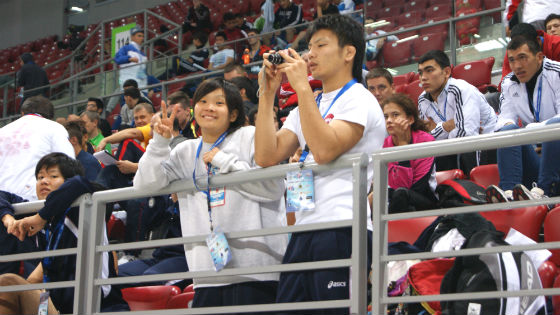 The team that arrived to win one medal at least stayed out of the list of the winners. In this regard the recent unsuccessful performance of the Japanese judo practitioners at the Olympiad in London came to mind.

– I cannot say that I personally was shocked by the result of our judo practitioners. But it was very hard for the sportsmen. I can point out that the Japanese judo is declining now. Many Japanese judo practitioners think that they should practise SAMBO in order to return back the title of the strongest in the world, Masashi Yoshizawa, the main trainer of the national team and the General Secretary of the SAMBO Federation said.

– And the most judo practitioners in Japan study nothing but judo. That is why now we want to understand and study SAMBO more, Yoshizawa pointed out.

By the way, the Japanese trainer pointed out that SAMBO appeared in the land of the Rising Sun without interference of judo.

– It is more likely to be developed in the context of Japanese wrestling that is much closer to SAMBO. The Japanese fighters come to Russia to compete and train and study the Russian methods. The Japanese like martial arts very much: it is a part of our traditions, we have it on the emotional level, we love it very much.

It should be noted than the Japanese would get a lot of emotions on the World Championship among Youth in Sofia having enjoyed what they like so much. 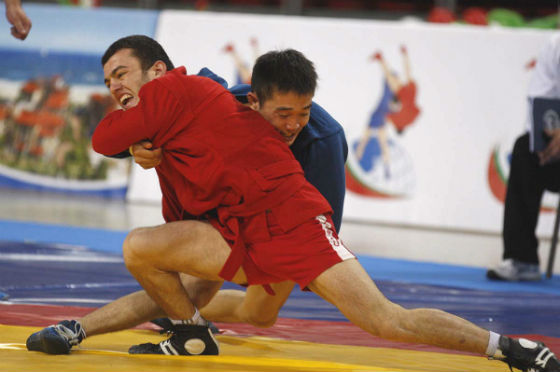 Well, anyway people who were really fascinated by what happened on the mats gathered on the stands. It is difficult to determine the fans of which national team were the loudest and most devoted to their team but it is evidently that they tried to express their own support in every possible way. Vocal cords worked especially hard. 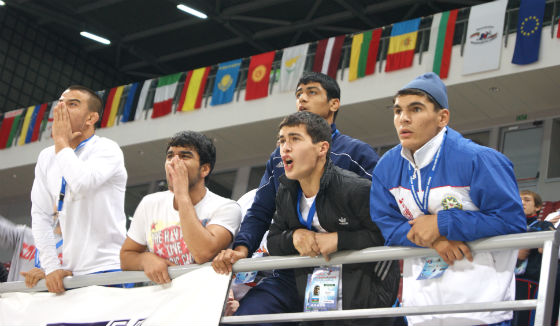 Sometimes the trainers of the teams were keeping up with the fans. Naturally each trainer worries about his pupil with all his heart and soul that is why the loss is considered as his personal. The trainers appealed to the judges, discussed what was going on with the colleagues and even addressed their cries skywards… Sometimes it seemed that emotions were overflowing. 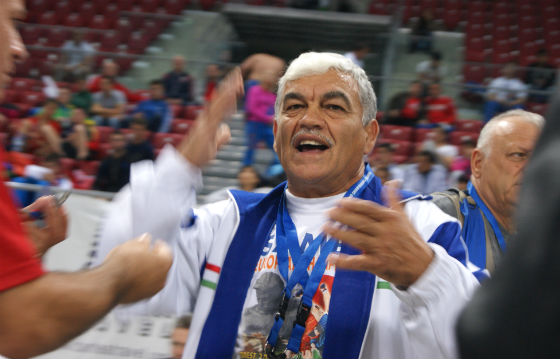 What concerns the judges they recorded all the fights to prevent disputable situations. When a controversial issue aroused the referees had an opportunity to repeat the moment and make an impartial decision. Sometimes such discussions lasted so long and torturous minutes for the sportsmen and the trainers. But the impartial decision is worth waiting for… 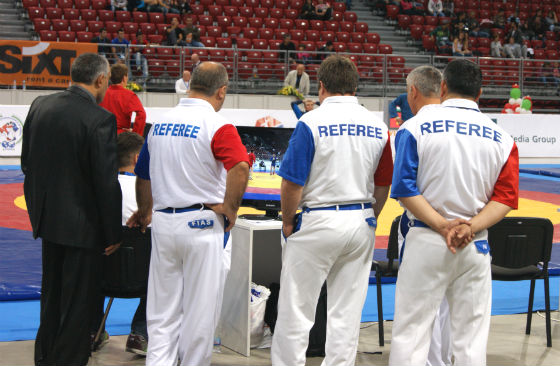 And now the dust has settled, the winners got their deserved prizes, the losers gained the deserved experience from which the right conclusions should me made. Vladislav Govrilov, the senior trainer of the national team of Russia, gathered the team and addressed to the young sportsmen with the parting words before letting his boys go to celebrate the win. To watch this live is much more interesting than in Hollywood sport films.

– We traditionally wish our boys to transfer from the young age to the adult painless, the trainer shared with the FIAS website in the interview. – Since it is this transfer that too often becomes the most difficult. It takes the sportsmen about a year or two to consolidate in the first team. Besides we thank the boys for good fighting. Frankly speaking they deserve no other words but the words of gratitude. And it is very pleasant that we have a united SAMBO family, the traditions that we will constantly try to hold. 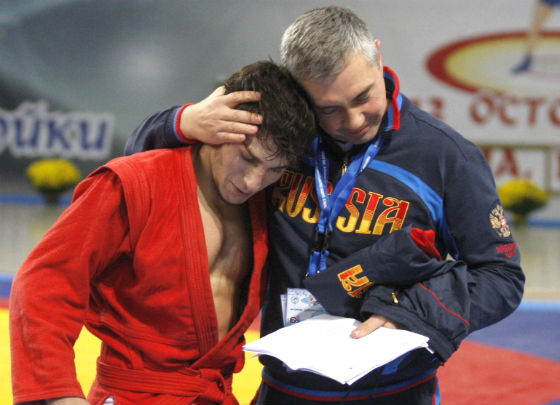 And especial thanks to the organisers of the Championship among Youth. Everyone we could speak with during preparation of our reportings from Sofia have the same opinion: the Tournament was successful and it was interesting for the SAMBO practitioners to perform in such atmosphere.

The results of the 3rd day of the World Championship among young and juniors in Sofia 14 October 2012, Sofia (Bulgaria), Arena Armeec

The results of the team Championship among Youth 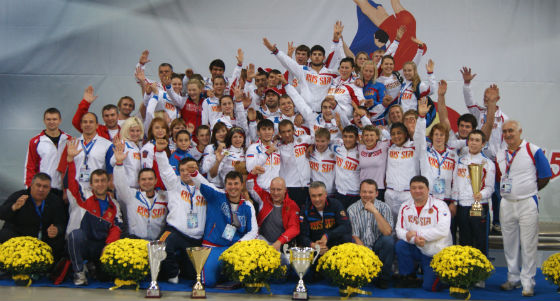