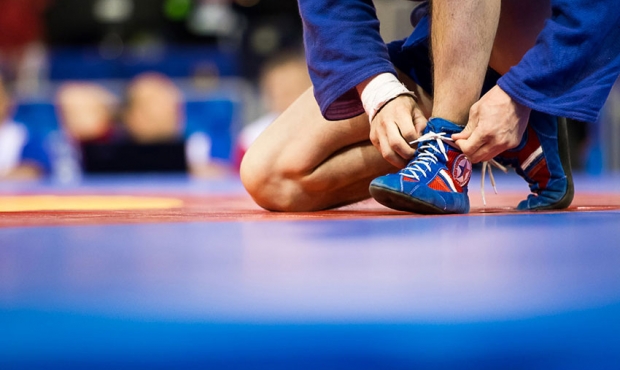 The first Russian national sambo championship among the blind will be held in Moscow on May 20-21. Nearly 100 participants from 30 regions of the country will gather in the Palace of Sports of Moscow State University of Civil Engineering to compete for the title of the strongest. Sportsmen will compete for the medals in 9 weight categories among men and 9 weight categories among women.

The main rules of these type of sambo competitions remained practically intact. According to the hosts, this demonstrates democratic nature and accessibility of sambo. Fight techniques are based on tactile and acoustic sensation.

“In spite of having vision problems, sambo wrestlers demonstrate high level of skills. Loss of vision is not an obstacle for using all means of sambo technique”, - head of the commission for sportsmen with limited health capacities in All-Russian sambo federation Roman Novikov noted.

The combat among the blind sportsmen starts from the “sleeve-lapel” position instead of free standing.

If blind sambo wrestlers “lose” each other during the combat, a referee stops the fight, leads the sportsmen to the middle of the mat and gives a signal to continue.

In sambo It is allowed to use throws, mounts and arm or leg submission holds. Throws can be performed using hands, legs and body.

Points are given for throws and mounts.

A throw is a kind of technique in which a sambo wrestler overbalances a competitor and throws him on a mat on a certain part of the body or knees.

Mounting is a kind of technique in which a sambo wrestler, bracing against a competitor with a certain part of the body, holds him in this position for 20 seconds.

A sambo wrestler can win in advance if he throws a competitor on his back, performs a submission hold while standing or gains an 8-point lead.

The history of blind sambo

The idea of holding sambo tournaments for the blind appeared on the basis of rehabilitation method development for visually impaired people. The very first tournaments were a part of social projects.

The first sambo tournament among the blind was hold in “Zvyaginec” sport club in 2011. This tournament had one peculiarity: the blind competed with the sighted – this was exactly what blind sambo wrestlers wanted to try.

Blind sambo started its active development in 2012. The first Open sambo tournament among sportsmen with health restrictions “Overcoming” was held. The main participants were sight-disabled people and people with hearing disabilities, musculoskeletal patients took part in exhibition performances. It was a student social project.

In 2013 the second Open tournament “Overcoming” was held. It was a student social project. Such sambo tournaments for the handicapped are by far unique in the world practice. Sambo trainings have positive effect on people who lead sedentary life style due to their medical problems.

This year blind sambo has reached a new level of its development. The number of blind sambo wrestlers has grown significantly. There has been the first streaming of Moscow Championship and the third Open tournament “Overcoming”. Blind sambo had an opportunity to make a statement.

In 2014 at the XIV All-Russian research and training conference “Sambo integration into modern Olympic Movement”, dedicated to the memory of professor, Honored Master of Sports, Honored Coach of the USSR Evgeniy Mikhailovich Chumakov, the report dealing with issues of adaptive sambo was presented.

The program of Russian Sambo Championship among the blind: