Seminar for SAMBO Referees and Coaches was Held in Ukraine 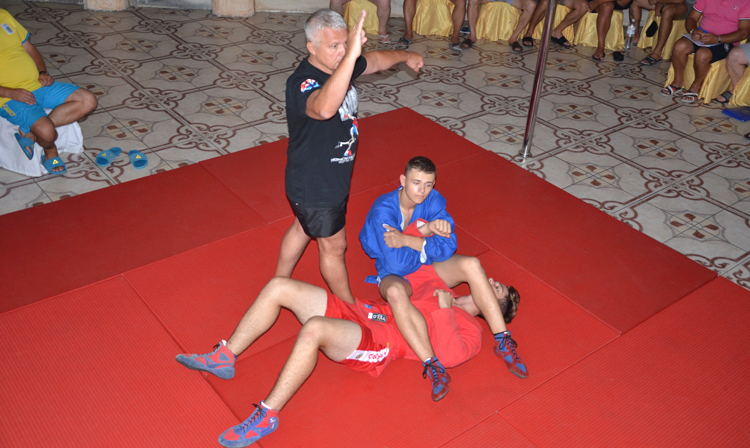 A seminar for referees and coaches that brought together about a hundred participants from almost all regions of Ukraine, was held from July 30 to August 2 in Vyshgorod near Kiev. Examination in SAMBO rules followed the event, and the majority of participants managed to pass it successfully. 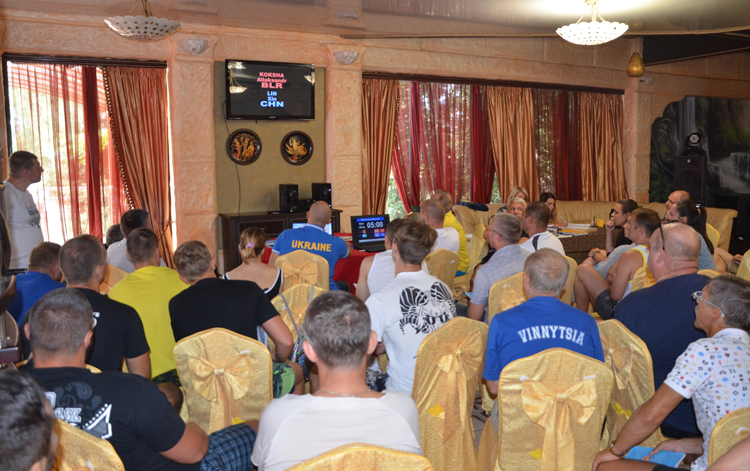 ‘For the second time, the "Vyshegrad" castle-hotel acted as a venue for the seminar, wherein, like a year ago, we have created all the necessary conditions for the fruitful work: we laid out a mat for practice sessions, prepared a screen for analyzing various situations on video, and demonstrated how to operate the electronic scoreboard software on a plasma display. As we had promised a year ago, the seminar encompassed not only the refereeing but also the coaching nuances,’ reported president of the National SAMBO Federation of Ukraine (NFSU) Vadim Rogach.

He also mentioned another important innovation in the course of instruction - this year, the seminar featured a lecture on beach SAMBO. 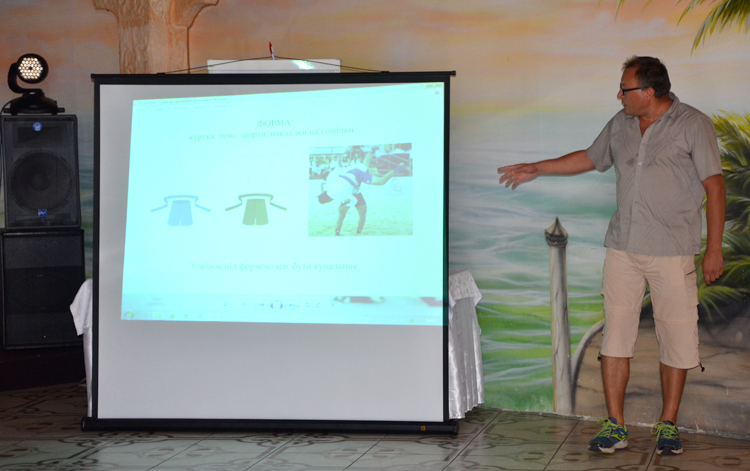 ‘In May, we hosted the first national championships in this discipline, and in July, two of our athletes participated in the traditional international tournament in Cyprus where they won a gold medal. Next year, we are going to host an international beach SAMBO tournament in Ukraine,’ said the head of the NFSU. 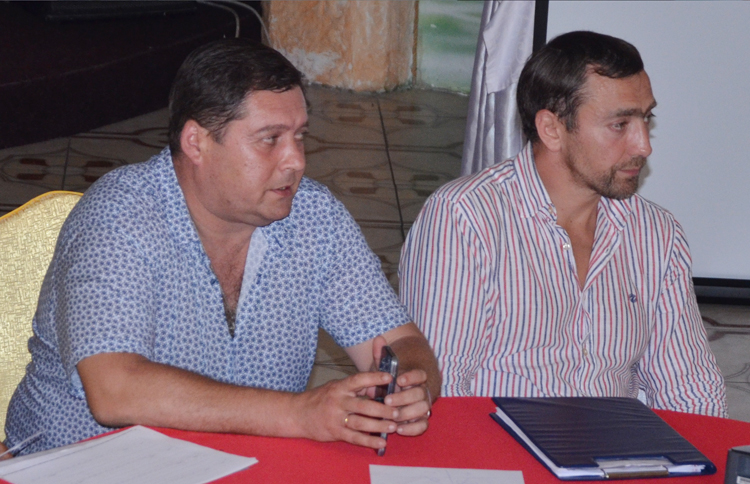 In his turn, the senior coach of the national team of Ukraine Mikhail Rudenko remarked that the new trends in coaching methods come up all the time.

‘Roughly, in the beginning, there was only an athlete alone, then, to achieve success, they had to work consistently in pairs with a coach. Next, a third person appeared who was a doctor, and now it is a quartet, minimum, that also includes a psychologist. We want our experts to move with the times. For example, in my lecture I touched on the topic of the new research trend, “sports adaptology”, and advised to learn more about it, as it helps, figuratively speaking, to correctly adjust an athlete's mindset, to tune him up to “the right wave” both in training and at competitions,’ explained Mikhail Rudenko.

At the referees' examination, the participants of the seminar were pulling out an examination card and then giving their answers to 20 questions. To get a positive mark, only three errors were allowed. 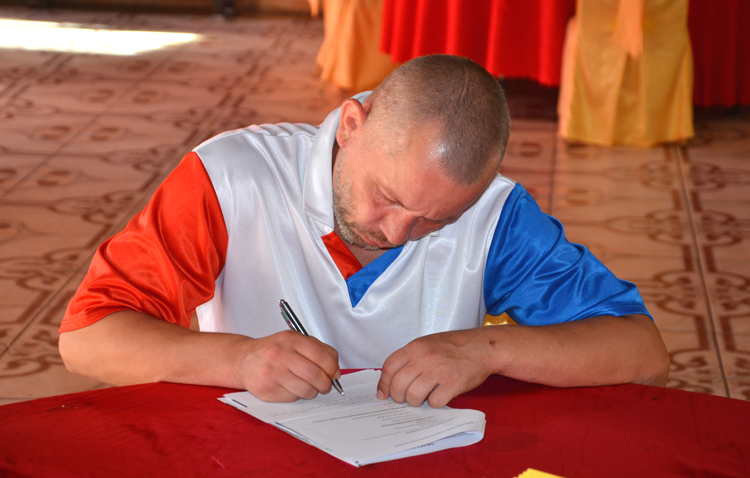 ‘I wish to stress that all the referees of the national category have confirmed their rank. We’ve been quite pleased with the novices, too, especially with those who have answered all the questions correctly. They’ve got the first category, with the prospect of promotion in class once they successfully perform at competitions of the national level. Those who have made more than three mistakes are not altogether dismissed, either: at the same championships and cups of Ukraine, they, of course, would not be allowed to referee, yet they could perform a uniform control, for example. They will have an opportunity to watch their more experienced colleagues, to communicate with them, to gain all the necessary knowledge in order to pass an examination next year,’ summed up the Chairman of the All-Ukrainian Association of Referees Anatoly Kantur. 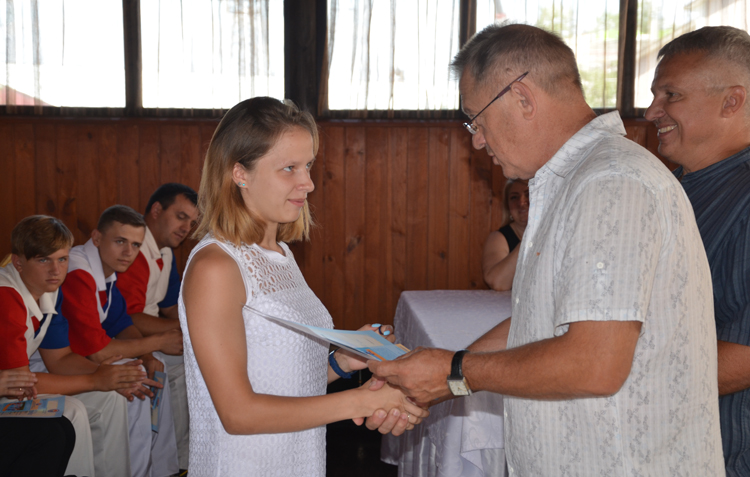 The referees will be able to try themselves in practice as early as by the end of August when the Cup of Ukraine among Youth (U-18 and U-20) will take place in Zhytomyr. 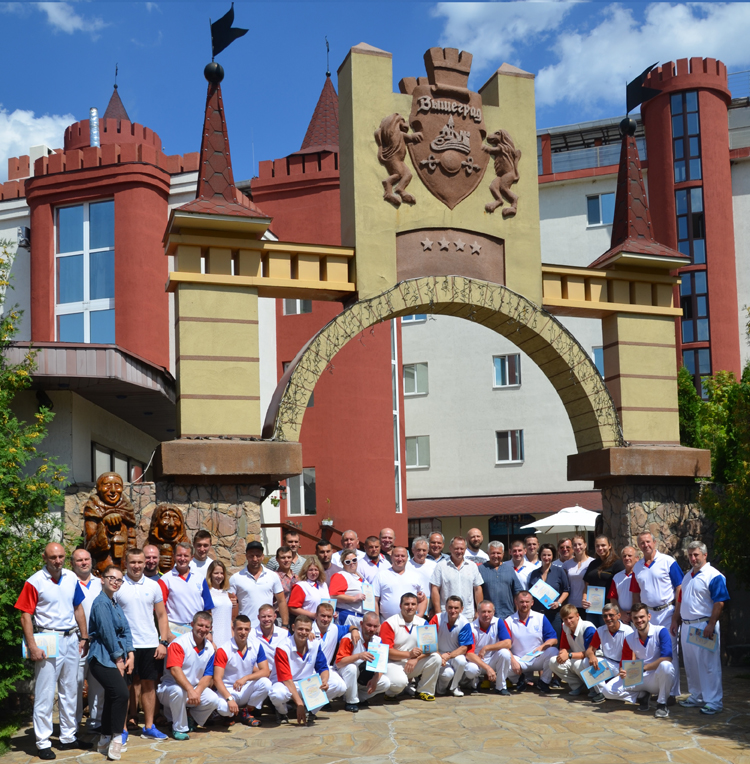