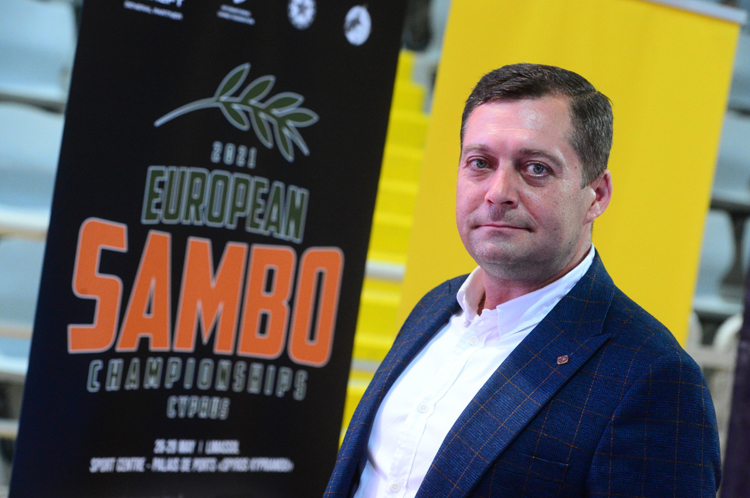 At the European SAMBO Championships, which took place in Limassol, Cyprus at the end of May, the Ukrainian national team managed to outstrip the main favorites - the Russian national team - in the team competition of the Combat SAMBO tournament. This success at the continental championships was not the first for this country. The President of the National SAMBO Federation of Ukraine Vadym Rogach spoke about how the Ukrainians manage not only to impose rivalry, but also to win.

Congratulations to the Ukrainian national team with a victory in the Combat SAMBO team tournament. What cost did you pay for it?

- The cost of long and fruitful work, well-structured preparation not only of athletes, but also the work of the entire team of the national team. Defining a plan, conducting training camps, individual work with each athlete, financial and logistical support – all this ultimately gave the result for which we worked. 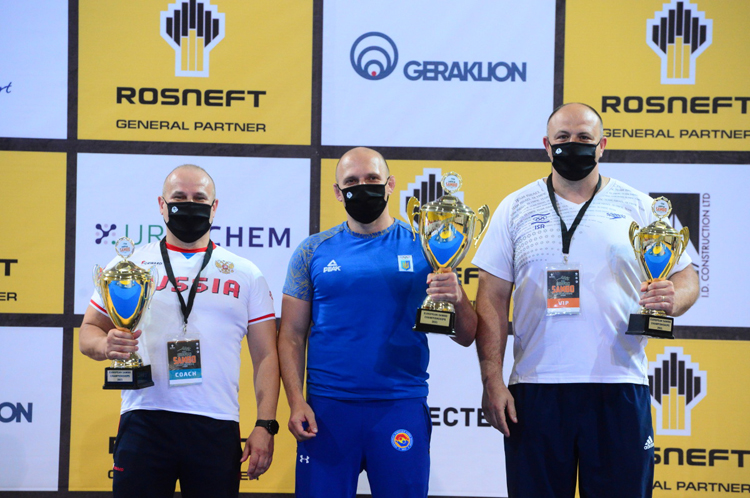 That is, it has not happened before?

- We have always had results. The Ukrainian team has already become the European champion twice. This is the only country, besides the Russian Federation, which has held this title twice in the team event in Combat SAMBO.

What prevents women and men from achieving the same success in Sports SAMBO?

- Our women also became European champions, the women's team in Ukraine is very strong. But the women's team has its own characteristics. Sooner or later, girls get married, become mothers, and that's okay. Moreover, this is the main thing in the life of any person. But in addition to family and maternal happiness, there is also sporting happiness. This year we also counted on the women's team, but, apparently, we did not finalize a little, some circumstances intervened that prevented us from winning.

In the men's team, the situation is more complicated: at one time we had a generational change. Breeding champions is a long-term process. But, despite the fact that we have a lot of titled athletes, world champions, real legends, now we have a difficult period in the men's team.

If you look at the performance of our youth team at the European Championships, the result, despite the pandemic, is not bad. Moreover, we had a chance to become the first in the youth and junior competitions. Unfortunately, something was missing. This is a sport, anything can happen here.

Will the younger generation grow up and sooner or later will show results at the adult World Championships?

- Yes, and this is the most important thing. We have young athletes who are capable of winning on the world stage, and today I have one cherished dream in my life - to become world champions in the team competition. I have already fulfilled all the other promises as President of the National SAMBO Federation of Ukraine.

Let's return to the success of your team in Combat SAMBO. As far as I know, the national team arrived in Cyprus in advance, almost a week in advance, which allowed it to adapt, get in shape and come out fully armed... Is this your secret of success?

- We have learned not only to educate athletes, but also to work correctly in a complex. Yes, indeed, this is not the first time that we hold training camps at the venue of the competition, we have chosen the same model in Serbia at the World Championships. Last 2020, we held 12 training camps with teams of different ages. This year, despite the pandemic, we also held training camps, learned how to conduct these events, and to date, three training camps have already taken place abroad, one of which is in Cyprus. But this is not the secret of success, although this factor is one of its components. We have learned to work systematically and methodically, and we have also learned to work with authorities. 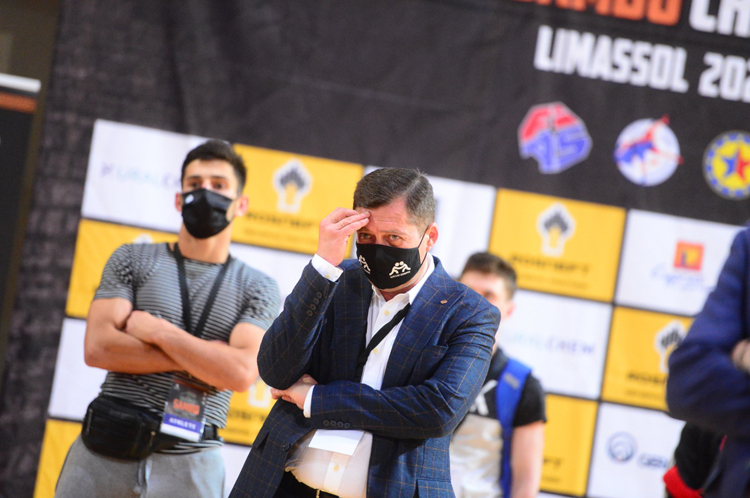 By the way, when I headed the national federation, it was a sport of the second category, and far from being a priority. Today SAMBO, according to official state statistics, is the number 1 sport out of 120 non-Olympic sports in the country. And believe me, the Ministry of Youth and Sports of Ukraine dreams of becoming Olympic.

How did you manage to achieve such impressive success?

- First of all, with the federation, but also with the authorities. As I already said, we have an integrated approach - systematic and methodological. If we understand that one link is missing, then we try to fill this gap. We are helped not only by the state, but also by sports organizations. In addition, we have a school program recognized by the state - " SAMBO to School". SAMBO has been officially recognized by the state as a physical education lesson program since 2017. But the government liked this program so much that the Cabinet of Ministers took it under its patronage.
We also opened the production of SAMBO equipment in Ukraine. The difference from other countries is that we also provide schools that implement this program: one mat, 20 dummies, 20 medballs, 20 uniforms.

How did your federation cope with the COVID restrictions, how did it train and keep fit?

- During the tough quarantine, we really only trained at home - we didn't go anywhere for 3-4 months. After that, our national team trained in closed bases, observing self-isolation under quarantine conditions. The rest of the athletes also trained at home, it was a well-organized work, including in the regions, which we are proud of. The National SAMBO Federation of Ukraine today is 27 thousand people from 25 regions, 140 sports organizations, representatives of all national groups, religious confessions and political movements, who are engaged in one common cause.

"Gold" in the team competition is a big step for the entire national SAMBO. It is known that in your homeland Ukrainian sambists were recognized as the sportsmen of the year. Can we say that the prestige of this sport is growing and sambists are becoming idols of youth? 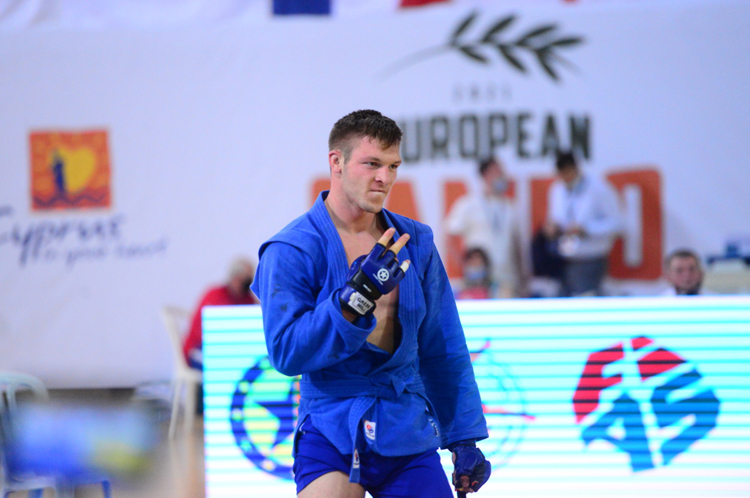 - We are working on this too. At least two people from our team are unique athletes. Vladislav Rudnev is a man who, neither in Ukraine nor abroad, has lost a single fight since 2017. During this time, he won the "world" three times, four times - "Europe", and we hope that this will continue. The second athlete is the 2020 world champion Anastasia Shevchenko. These two Ukrainian sambists receive a scholarship from the President of Ukraine for outstanding achievements in sports. During 2021 Vladislav and Anastasia will receive this scholarship. And these are not just the best sambists, they are the best athletes of the year in Ukraine.