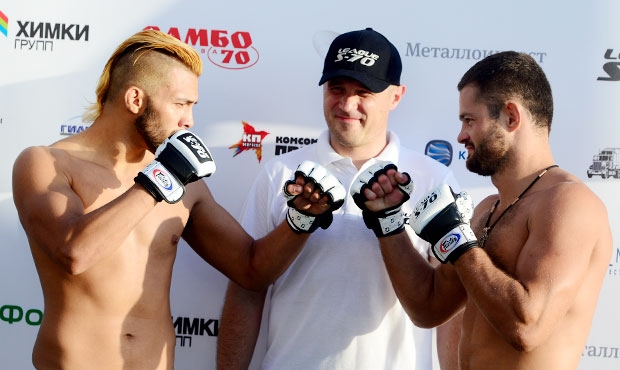 Today, on August 21, 7th International Tournament in Professional Combat SAMBO “PLOTFORMA S-70” takes place in Sochi (Russia). In our report you will read who will participate in the tournament and what is happening in Sochi before the beginning of the event.

You can enjoy the broadcast of the tournament on the channel Match TV (matchtv.ru) at 11.00 PM (Moscow time). 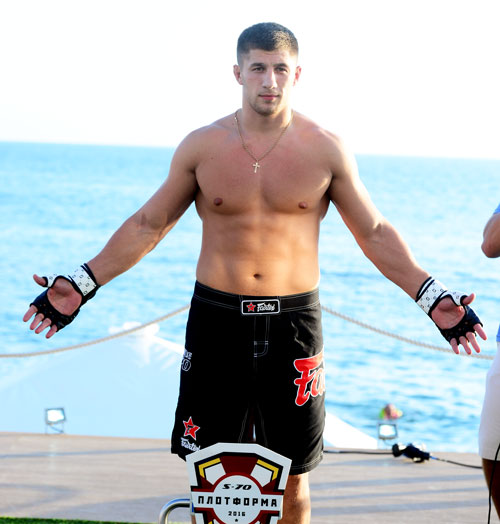 The sportsmen were weighted at the central Sochi’s embankment near the Solnechny Beach.

Top-20 athletes from 4 countries (Russia, Brazil, USA and Latvia) not only passed the mandatory weighing, but also showed themselves to the good effect, as the phrase goes. Their main message was simple: “I’m in a great shape and ready to fight.” Someone flexed their muscles, while others preferred to pose face to face. 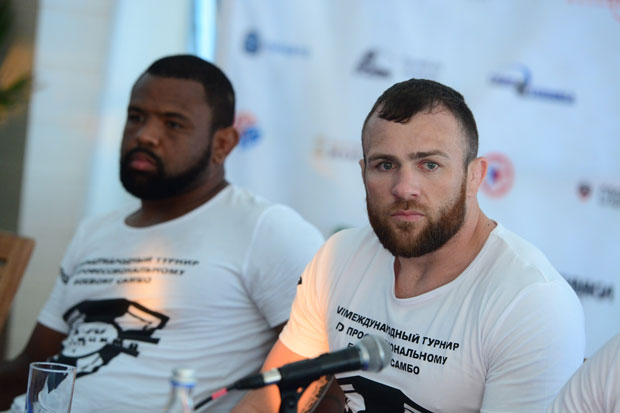 Immediately after weighing, the restaurant “Sinee More” held a press-conference devoted to the tournament, which is to start today at 09.00 PM (Moscow time).

Renat Laishev, main inspirer of the tournament, head of SAMBO-70 and LEAGUE S-70, told about the tournament traditions, ideology and the patronage of the Russian National Guard, which establishment as a new powerful agency to protect the Russian state was the main theme this year. By the way, the National Guard delegated to the tournament of their best members. Two of them, the participants of the two main bouts of the evening, — Adlan Amagov and Evgeny Erokhin — took part in the conference as well. They were joined by their rivals, Dirlei Broenstrup from Brazil and Emanuel Newton from the USA, respectively.

The rivals admitted that they studied each other’s fights. Each shared their experiences and thanked the organizers for the invitation.

Renat Laishev: “For six years, our tournament was broadcast live by the federal TV channels. Everyone in Russia and, thanks to the Internet, in the world was able to ensure the highest quality of the tournament — it is a real fascinating show. The tournament “PLOTFORMA S-70” has gained recognition. Our school “SAMBO-70” pays huge attention to education of our youth. We teach them the right attitude to the military service. We are especially proud that the Federal Service of National Guard Troops of the Russian Federation took patronage over the tournament this year.

I am sure you will enjoy the fights. For six consecutive years, the President of our country Vladimir Putin is the major guest at our tournament. It is a great honor for us that such a martial arts expert as Vladimir Putin chooses the Sochi tournament.” 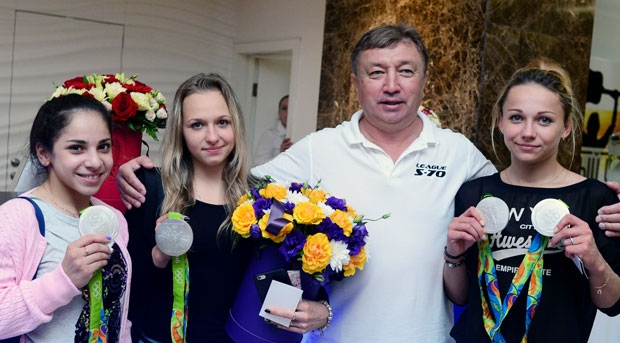 Russian gymnasts, medal winners of the Rio Olympic Games, arrived in Sochi to support the tournament. Let us remind you that Maria Paseka, Seda Tutkhalyan and Daria Spiridonova won silver medal for the Russian national team in the rhythmic group all-around, while Maria Paseka contributed her personal “silver.” All the three girls are students of the branch “Olympia”, Sports and Education Center “SAMBO-70.” As soon as they returned to Moscow, not even having time to meet their relatives, the Russian Graces managed to arrive in Sochi and take part in the today festival.

The material was prepared by the press service of the Sports and Education Center “SAMBO70” (sambo-70.ru)