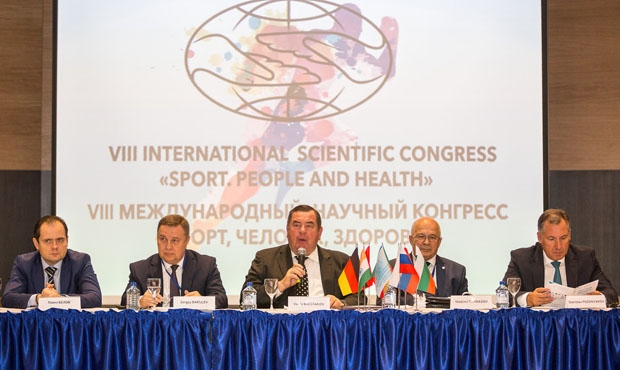 On 12-14 October 2017, the VIII International Scientific Congress “Sport, People, Health” took place in Saint Petersburg, Russia. More than 600 representatives of academia, NGO’s and International Sports Community from different countries came to discuss the main scientific target of the Congress – “Sports for all: Unity of the Olympic Movement. Preservation of ethical values of the world sports”.

The Congress is held under the official patronage of the Secretary General of the Council of Europe Jagland Tourbjorn, UNESCO, the Ministry of Sport of the Russian Federation, the Russian Olympic Committee and the Committee for Physical Culture and Sport of St. Petersburg.

The Congress possess significant credibility, whereas it regularly (once in 2 years) gathers leading scientists and experts for the development of modern sport, sports medicine, social and legal implications of physical culture since 2003. The main objective of the Congress is a necessity to use the results of academic and scientific research, sharing of experience and best practices in promotion and encouraging physical and sports activity, studying of relevant international experience. 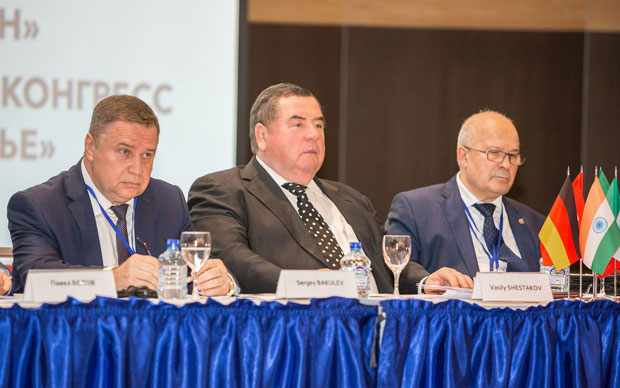 During three days of Congress sessions, experts in different spheres shared their experience, knowledge and achievements in sport and health. Participants of the Congress were scientists, presidents of international sports federations, representatives of international sports organisations, outstanding athletes, veterans of sports, public figures from more than 40 countries.

The Congress was opened by Vasily Shestakov, the Chairman of the International Organisation for the Promotion of Science and Sport “Sport, People, Health” and the President of the International SAMBO Federation (FIAS). Delivering a welcoming speech, Mr. Shestakov stressed that the Congress will allow to exchange experience and the best methods for promoting and encouraging physical activity, playing sports. He also said that during the congress issues related to the problems that the Olympic movement faced recently would be discussed, and the final document of the event will be a resolution that will determine the vector of the work of the congress for the next two years.

The special guest Stephan Fox the President of AIMS (Alliance of Independent Recognised Members of Sport) and the Vice-President of GAISF (Global Association of International Sport Federations) made a speech on behalf of GAISF President Patrick Baumann. In his speech, his stressed the importance of unity of the Olympic Movement, the integrity and protection of the Olympic values, such as fight against doping, good governance and transparency. 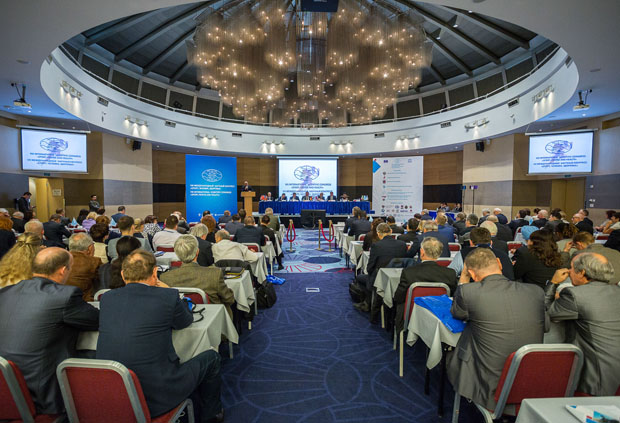 Participants of the VIII International Congress “Sport, People, Health” in the final document - the resolution of the Congress, recognized the importance of preserving the integrity of the Olympic movement for the development of humanistic and moral values ​​of sport, involving the wide circles of the population in different countries in the ideals of Olympism and expressed confidence that the active work of the International Olympic Committee (IOC) on the integration of the efforts of the international scientific community, public organisations and government bodies of different countries, to preserve the Olympic ideals and principles, the moral values ​​of world sports, will help to overcome the crisis phenomena in the international Olympic movement.

Participants of the Congress made a unanimous decision to continue work on holding such forums on an ongoing basis, during the IX Congress to focus on discussing international and national problems of anti-doping and developing educational anti-doping programs for the general public and ways of overcoming crisis phenomena involving participants and specialists from different countries of the world with the creation of a permanent International Scientific Group of Experts providing critical evaluation and generalisation innovative experiences and best practices, as well as programs aimed at preserving the moral values ​​of the world of sport and the fight against doping in sport.