Victoria Oster: “I feel much more comfortable fighting in the par terre position” 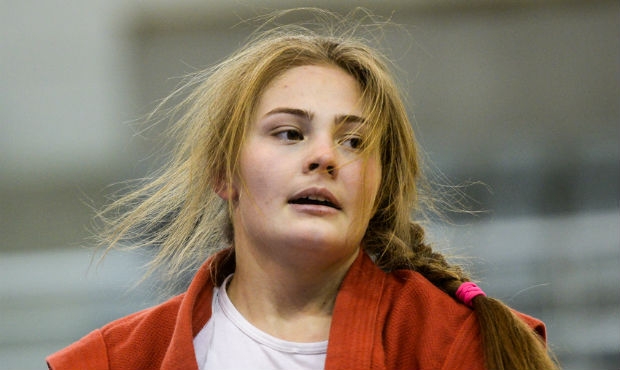 Russian sambo wrestler Victoria Oster has won the first place in the World University Sambo Championships-2016 in the weight category of up to 56 kg. In an interview to the FIAS the athlete told where she gets her urge to fight on the ground, whether she’s ready to the transition into the adult team, and also where real princesses live.

"My first thought after the final whistle was that I need to work more on my left arm to feel more confident. And only then came the joy from the fact that I managed to win gold. Especially when I heard our guys from the team shouting at me from the stands: "Vica, congratulations!" The coach also pointed out the nuances of the fight with the left arm. I am constantly working on this problem, there are some results, but still this is not enough: I need to work even more", Victoria announced after the final bout.

Oster explained that it was her coach that instilled into her a love for the par terre position. He showed how to act during ground fighting and win fights using painful holds. "Now I feel a lot more comfortable on the ground. Somehow I don’t do well in a stand, but the par terre is my element. I like to fight on the ground and I hope that now I’ll accumulate even more experience and skills for my opponents not to resist, - said the champion. - At the recent training camp of our team in Kstovo our eminent sambo wrestler Marina Mokhnatkina showed me a lot of interesting options of how to do painful holds on the legs, showed different transitions - in general, shared her experience, and I, as far as I could, absorbed everything. Something I managed to apply already here during the student championships, but, of course, I need much more work to learn how to skillfully apply these techniques". 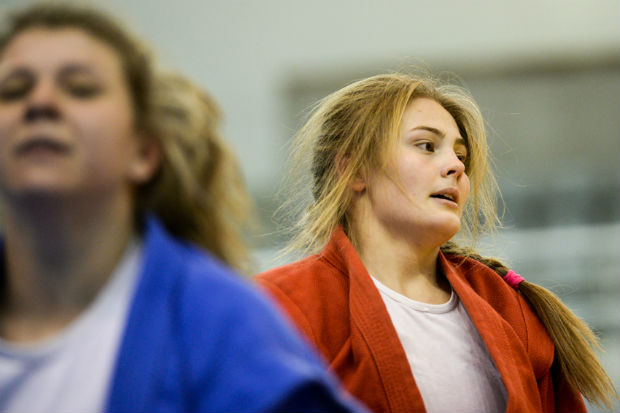 Victoria said that she felt a willingness to go to the main Russian team and compete in tournaments among adults.

"I understand, of course, that the first year will be very hard, it will be a trial. But I am not afraid and I want to express myself on a new level", she explained.

The sambo wrestler said that she had really liked the atmosphere at the student championships in Nicosia. "Most athletes lived in a beautiful hotel “Princess”, and we just couldn’t help but make a joke about it: “Where do real princesses live? At the “Princess” hotel!” Coincidence? I don’t think so!" Victoria smiles.

"I liked that the sports hall was not very big (but not small either), because of this the atmosphere was liberating. And we felt more confidence, - continued the athlete. – All my opponents at the tournament were very decent, I didn’t win anything easily. The more pleasant it was to win gold. I have a lot of tournaments planned ahead, first at the regional level and then at the national level, so there will be no time to rest. Only a few days during the New Year's holidays".