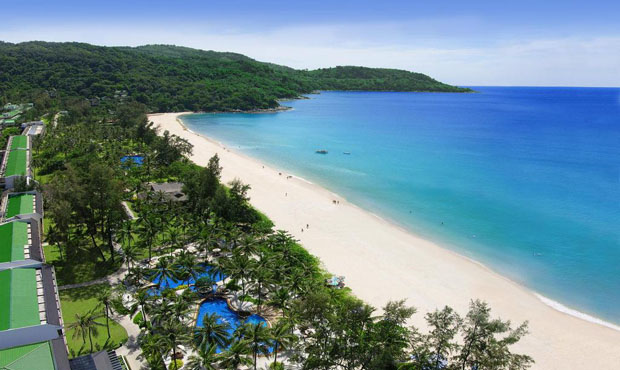 Sambo is going to make its debut in the program of the IV Asian Beach Games to be held on 14-23 November in Thailand. Exciting competitions under the bright sun on white sand near the blue sea become more and more popular year by year and gain a reputation in the sports world. The FIAS website has found out the details of how sambo will be presented at this tournament and together with Sergey Tabakov, Executive Director of International Sambo Federation, gives answers to the frequently asked questions.

Asian Beach Games are the project of the Olympic Council of Asia. They were first held in 2008 on the beautiful island of Bali (Indonesia). The second Games were held two years later in the magical city of Muscat (Oman), while the third ones took place in 2012 on the picturesque coast of Guiyang (China). In 2014 Phuket Island, Thailand, will welcome participants of the IV Asian Beach Games from 14 to 23 November.

In the sports program of the tournament there are 26 different sports. As for martial arts, during the IV Asian Beach Games there will be competitions in beach wrestling, beach kurash fighting, beach kabaddi, Muay Thai, beach Jiu Jitsu, and beach sambo.

What Are the Rules?

The beach sambo rules will be different from the traditional rules of the sport sambo. The details are still being worked through, but the general trend is known - the athletes will be maximally motivated to wrestle most impressively and quickly, showing beautiful throws. It is throw masters who will receive a preferential right to wrestle in beach sambo.

Wrestling on the beach means lightweight design of the sports uniform for sambo wrestlers. At the same time, the key elements necessary to carry out actions will be kept. Naturally, there will be a place for beach aesthetics, so the audience will enjoy not only a sports show… The judges will also receive a new comfortable uniform, which will allow them to work the fights as good as possible.

What About the Play Field?

The main play field on the beach is, of course, sand. It is on the sand where the sambo competition in the program of the 4th Asian Beach Games in Thailand will be held. Sambo wrestlers will get a play field of 8x8 meters, on which they will be able to carry out actions and fall safely. It is interesting to know that on 15 and 16 November the sambo wrestlers in Phuket will compete on Karon Beach play field, which will then be used for beach volleyball competitions.

According to Sergey Tabakov, who made an inspection of the future tournament site, the organisers have been preparing the competitions carefully, working through the smallest nuances. This year the number of participating sports has increased, that is why there will be more athletes than before.

"During this visit to Phuket representatives of several international federations, including sambo, made presentations about their sport. As the organisers noted after the presentations, it was sambo that had impressed them very favourably. We are glad to know that our sport is gaining popularity in various parts of the world. It seems that in the future on the beaches one will be able to more often see people practicing sambo", Sergey Tabakov sums up.