XV International Youth Tournament "Pobeda": the final results, the outcome of the super final and the opening ceremony of the legendary tournament 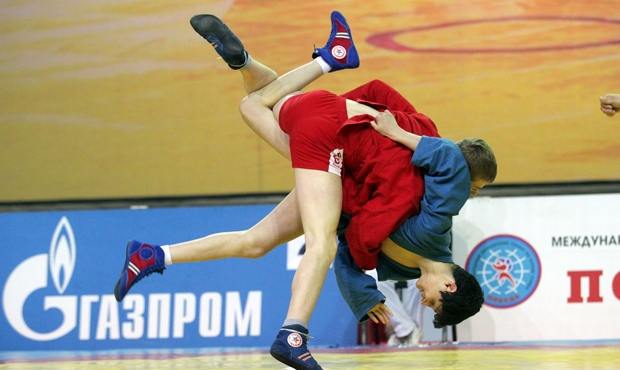 In a tense struggle among hero-cities the leaders turned out to be the two Russian capitals: Moscow and St. Petersburg, called its northern capital. One of today's finalists in this category, the team of St. Petersburg, in 2014 only managed to get a bronze. That year in the final competition the Muscovites fought against the team of Volgograd which this year gained only the third place. The strongest sambo schools, the ones of Moscow and St. Petersburg, fought hard to become the best team of “Pobeda” tournament. As a result, the victory was won by Moscow with the final score of 7:3. It is worth notice that the Muscovites won their eighth consecutive victory in the tournament in the category of hero-cities

In the category of the city of military glory the last year's champion, Anapa, confirmed its leadership and with the final score of 5:5 by technical advantage defeated the team of Kovrov that took the second line of the final protocol of the tournament, exactly like last year.

In the main combat of the tournament, the super final, met the teams of Moscow and the Central federal district, just like in 2014. Last year the victory was gained by the representatives of the Central district but this year the Muscovites won. The final score was equal, 5: 5, the team of Moscow won by a technical advantage. It is worth noting that this victory was the fifth in the super final for the Russian capital in the history of the international youth tournament "Pobeda".

The opening ceremony which took place before the awarding of the winners of the competition was attended by the President of the International Sambo Federation Vasily Shestakov, chairman of the Committee on Physical Culture and Sports of St. Petersburg Yury Avdeev, general director of the Society of Combat Sports "Otechestvo" Boris Rotenberg, president of the Russian and European Sambo Federation, vice president of FIAS Sergey Eliseev. All veterans who attended the tournament were awarded with prizes, the winners of the tournament also received cups, medals and prizes. Also, the All-Russian Sambo Federation has prepared special prizes for all the participants of the tournament and the veterans.  A unique edition called "Personal Record" has been issued for the anniversary of victory. The characters of the book are sambists who share their personal feelings about the war. Memories of veterans, stories of athletes and coaches about their fathers and grandfathers, letters from the front, children's essays and general thoughts about the war add up to the picture of the great victory. Now every participant of the tournament has this unique publication.

[Photogallery] XV International Youth Tournament "Pobeda". Day 2
Share
Blog
Recent photos
Latest news
Recent videos
Latest news
Follow latest news You are subscribed!
Thank you! Your confirmation email has been sent to your email.
This website uses cookies to ensure you get the best experience on our website More info Got it!