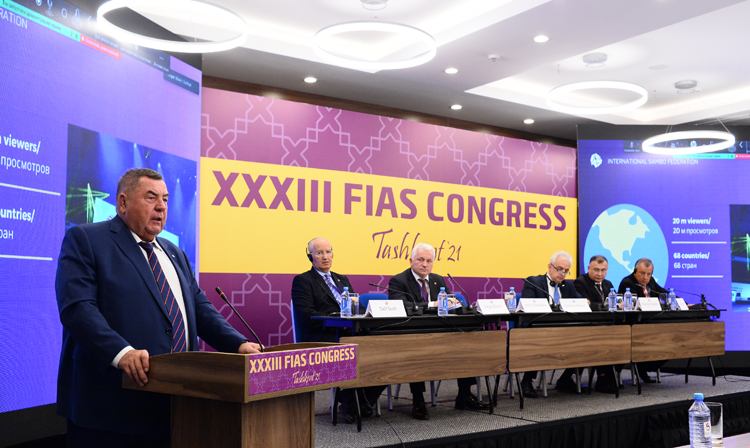 In the capital of the Republic of Uzbekistan, in the conference hall of the Courtyard by Marriott Tashkent hotel, the XXXIII reporting and election congress of the International Sambo Federation was held.

FIAS President Vasily Shestakov delivered a report to the delegates. In his speech, he drew the attention of congressmen to the fact that this event is being held in the new status of the Federation. “The International Sambo Federation has received full recognition from the International Olympic Committee. Once again I want to congratulate all of us on this important milestone in the development of our favorite sport,” the FIAS leader emphasized. 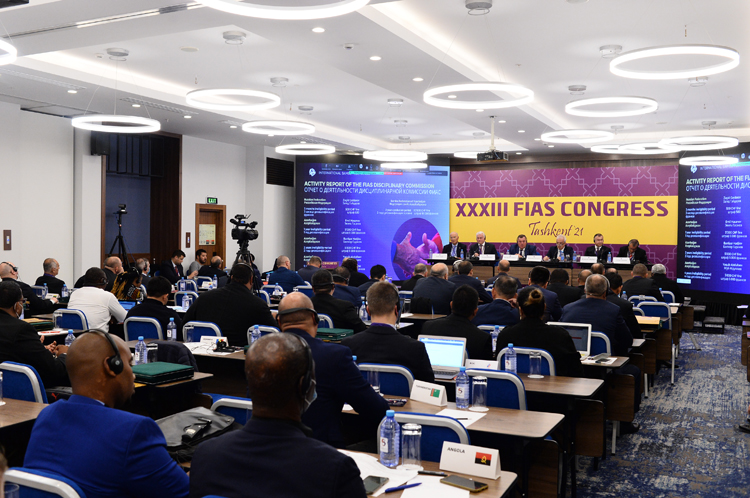 During his speech, he spoke about the successful holding of a number of major tournaments in 2020 and 2021, despite the pandemic. “First of all, I would like to thank the National Federation of Serbia for the successful hosting of the 2020 World Championships. In difficult conditions, together we managed to cope with this challenge. The competitions were broadcast on international and national TV channels in 68 countries of the world. The total audience of broadcasts on TV and on the Internet was about 20 million people," Shestakov said.

“The first ever World Beach SAMBO Championships 2021 was organized in Larnaca (Cyprus). This bright and exciting SAMBO discipline is gaining popularity, and we urge national federations to actively develop Beach SAMBO in their countries,” Shestakov stressed. 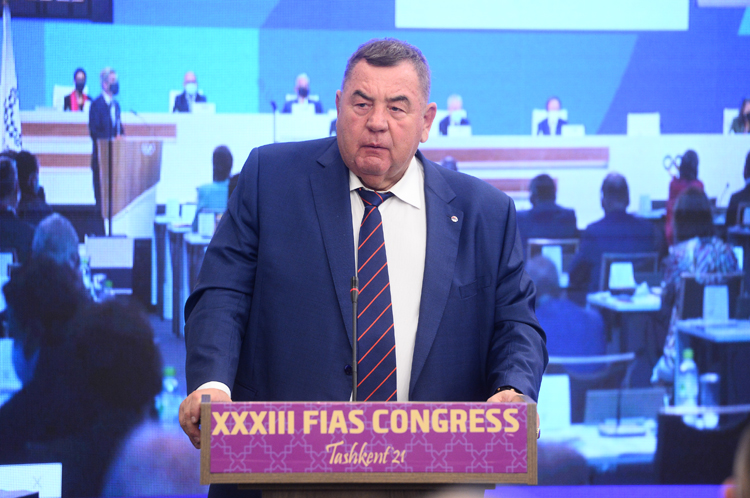 The FIAS President Cup was held in St. Petersburg (Russia) in August 2021. “The strongest sambists in the world were represented at the tournament, who got the opportunity to earn serious prize money with their professional skills,” Vasily Shestakov told those present. The International SAMBO Tournament in Minsk and the traditional International SAMBO Tournament "Cup of the President of the Republic of Tatarstan" in Kazan (Russia) were also successfully held.

Further, the President of the International SAMBO Federation spoke about the innovations that have taken place in the work of the Federation, noting that the FIAS Database is fully integrated into the activities of the organization. “Once again I ask you to pay attention to the registration of all national federations in the FIAS electronic system. Next year, registration of participants for all official competitions will be carried out only through this database, Shestakov said. “The database will also contain a rating of athletes, data on certification of coaches and SAMBO clubs, statistics and competition results.” 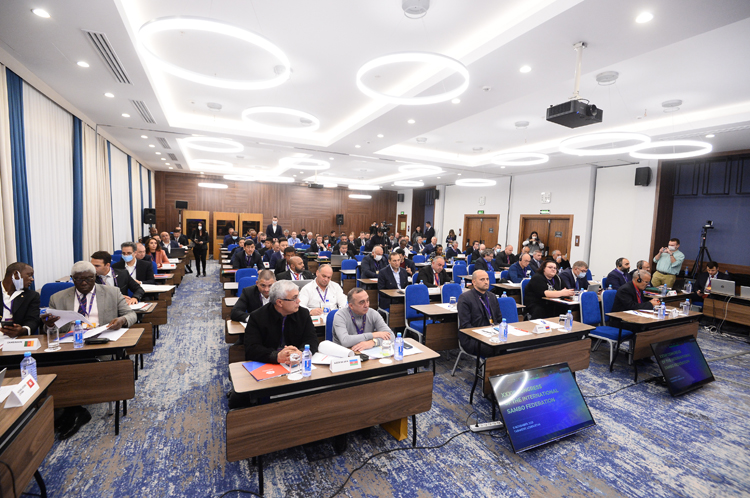 The FIAS Qualification System is called upon to play an important role in involving people in SAMBO classes all over the world. “This system is an effective tool to achieve the set goals. We ask all the participants of the Congress to become more actively involved in this process both in their national federations and on the continents,” Vasily Shestakov emphasized.

In the final part of the report, the FIAS leader told the congressmen about other significant events that took place in the life of FIAS over the past period:

- The International Sambo Federation signed an agreement on cooperation with the Charitable Foundation for the Support and Development of SAMBO for Visually Impaired “Sambo for the Blind”;

- a monument to the founders of SAMBO was unveiled on the Walk of Fame in Luzhniki (Moscow, Russia);

- the construction of the International SAMBO Center in Luzhniki is at the final stage, FIAS plans to start operating it already in 2022. 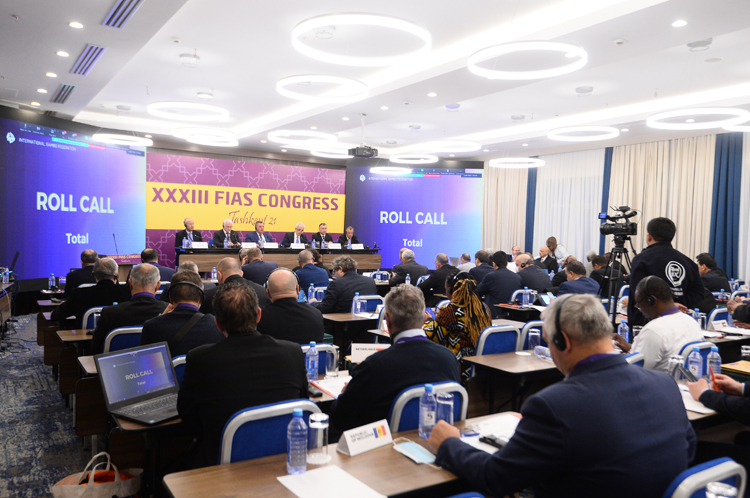 During the Congress session, the Chairman of the Legal Commission Suresh Gopi made a report on the FIAS membership. The delegates voted to include the federations of Australia, the Republic of Guinea, and Saudi Arabia in the FIAS. Thus, the number of national federations - FIAS members amounted to 97 countries. Also, the congressmen approved by their decision the replacement of national federations in Angola and Ireland and granted the official status of candidates for the FIAS to the federations of the Republic of Congo, Jamaica, Haiti and New Zealand.

The issue of electing new members of the FIAS Executive Committee was brought up for discussion by the Secretary General Roberto Ferraris. As a result of open online and offline voting, a new composition of the Executive Committee of the International Sambo Federation was formed.

The next FIAS Congress will be held in Ashgabat (Turkmenistan) in November 2022. The corresponding decision was made by the delegates in the final part during the voting.