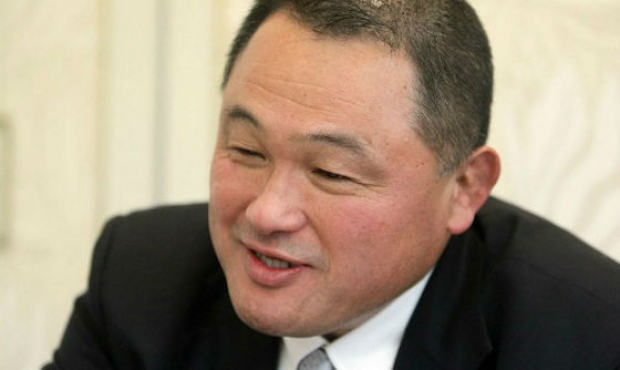 Why do we witness the decline in results of the Japanese judoists in the international arena? How do SAMBO and judo go hand-in-hand in Japan? Aleksandr Yerastov, journalist of the newspaper “Rossiyskaya gazeta”, found out the answers to all these questions and even more while interviewing the legendary judoist Yasuhiro Yamashita. Today we offer the extracts from his interview with legend of world judo to the attention of the readers of the FIAS website.

The President Putin SAMBO Cup was held in Japan not long ago. How did the idea of organizing such competitions emerge?

Yasuhiro Yamashita: Vasily Shestakov, my friend and President of the International Sambo Federation (FIAS), Asai Nobuyuki, Member of the FIAS Executive Committee and Head of the Organizational Committee of the President Putin Cup, and I arrived at this idea all together. Japanese SAMBO athletls used to be very strong. Why? It’s all because judoists were doing SAMBO. When judoists stopped doing SAMBO about ten years ago their level dropped sharply. That’s when the three of us met and were discussing where the former strength of SAMBO has gone. It is necessary to return to the early level again. It was decided to try to change the situation somehow. We turned to Vladimir Putin, Prime-Minister of Russia at that moment. Vladimir Vladimirovich set his sights on this idea. And now it has been realized. The winners of the tournament in Japan will come to your country to participate in the Universiade in Kazan.

I will possibly ask you a dilettantish question but anyway: Does SAMBO differ from judo?

Yasuhiro Yamashita: SAMBO and judo are two different kinds of sports. The rules are different while there are many things in common. These kinds of sports are “relatives” so to say. You probably know that judo already existed as of the time of SAMBO creation. But SAMBO appeared thanks to the addition of new ideas and changes into judo which were adapted to a different type of combat. In my opinion, the strongest sportsmen came exactly from SAMBO. And judo is probably the kind of sports where a SAMBO athlete has chances to succeed to the utmost. A judoist in its turn can achieve major success in SAMBO. I would personally like these kinds of sports to continue to develop and closely interact both in Japan and Russia. And it is necessary to create in Japan such a tendency so that people who are doing judo would be interested in SAMBO too.

Does SAMBO have a chance to be included in the programme of the Olympics?

Yasuhiro Yamashita: I think yes, it does. Vasily Shestakov will certainly try to facilitate inclusion of this kind of combat in the programme of the Olympics. In my opinion, it will also happen thanks to the worldwide involvement in SAMBO. It is quite an attractive kind of sports, i.e. it has good chances therefor. It would be just great if representatives of various countries were attracted to this kind of sports. It is essential. It is clear that SAMBO won’t be included in the programme in 2020 yet. But I am sure that it will happen in one Olympics.

You are talking about inclusion of SAMBO! But they are trying to exclude wrestling. What do you think about it?

Yasuhiro Yamashita: It is also actively discussed in Japan. Generally there is a great number of people who want to do wrestling, who respect this kind of sports, who do not want it to be excluded from the programme of the Olympics. Today there is a very active movement in our country. More than 100 thousand signatures against exclusion of wrestling from the Olympic programme have already been gathered. The most important thing now is to explain the IOC the importance of this Olympic kind of sports. You know, the thing is not to criticize and not to deny their intention and to simply inform them about it.

I know that you, Japanese people, treat the history of creating SAMBO and the memory of Vasily Oshchepkov as its founder with due care.

Yasuhiro Yamashita: Vasily Oschepkov, founder of SAMBO, was taught at an ecclesiastical seminary affiliated with a Japanese Orthodox Ecclesiastical Mission headed by Father Nickolay. Oschepkov learnt judo at Japanese school. He was the first Russian to get the Black Belt and the second dan rank following which he returned to his native land and founded a section of judo in Vladivostok. A monument to this remarkable person was unveiled in Japan.

The Second World Games of Martial Arts will be held in Saint-Petersburg this autumn. What are your expectations?

Yasuhiro Yamashita: I believe that these competitions are very interesting. It is wonderful that Russia will welcome such a great number of sport forums in the nearest future, i.e. the Universiade-2013, the Olympics-2014 in Sochi, the World Soccer Championship in 2018 as well as competitions in rugby and the Combat Cup. Magnificent sport plans has been brought to life in Russia. I hope that Russia will be even stronger to be able to organize such major sport forums.