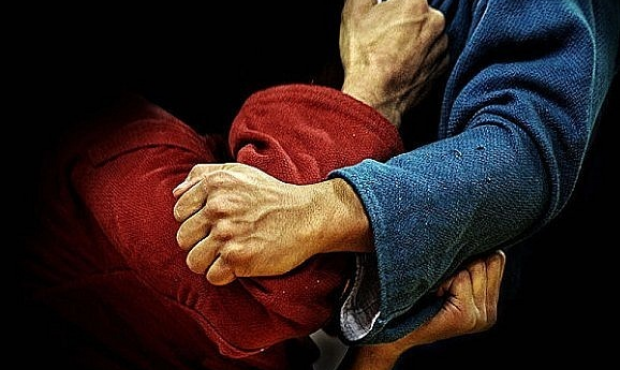 Important questions were discussed and vital decisions were taken during the International SAMBO Federation (FIAS) Executive Committee meeting held in the FIAS President Office, on March, 22, 2013.

The meeting was opened with the news about the most important event for the International SAMBO family that had recently taken place. The FIAS President, Mr. Vasily Shestakov reported to the Executive Committee members about the meeting with the President of Russian Federation Vladimir Putin and the representatives of the world SAMBO community. This long awaited meeting took place in the Moscow school SAMBO-70 on March , 13, 2013.

Vasily Shestakov briefed on the results of the meeting with Vladimir Putin: "Firstly, Vladimir Putin expressed his opinion that he had always supported and will be supporting SAMBO, this is of the most significance for us. He also acknowledged the success achieved by the FIAS in the integration of SAMBO into the world sports movement. FIAS Executive Committee members, the Head of the Belorussian SAMBO Federation, Mr. Vladimir Yaprintsev, the President of the African SAMBO Confederation, Mr. Dalil Skalli and few others representatives of the world SAMBO community had the opportunity to report to the President of Russia on various SAMBO matters.

The Head of State gave his high appreciation to the initiative to establish in Moscow the International Development SAMBO Center. In conjunction, Mr. Sergey Sobyanin, the Mayor of Moscow, announced that the foundation stone of the International Development SAMBO Center will be laid already in August 2013 on the territory of the Olympic complex Luzhniki (Moscow).

Also, Vladimir Putin expressed his confidence in the full compliance of Combat SAMBO to the IOC high requirements and promised to provide his support in order to keep the Combat SAMBO as part of the II SportAccord Combat Games.

FIAS President, Mr. Vasily Shestakov concluded his speech to the Executive Committee members by saying: “in my opinion, the support of SAMBO on such a high governmental level is the truly unique opportunity and of course, it will appear as crucial for the destiny of SAMBO to become a full member of the International Olympic movement".

As part of the first issue of the agenda, the FIAS Executive Committee voted out the following persons with suspension and termination of their responsibilities until the next FIAS Congress:

FIAS Secretary General Nikolay Lents - for the professional misconduct of his duties;

FIAS Vice-President Mikhail Shults – for the activities of a discrediting nature to the FIAS;

First FIAS Vice-President David Rudman – for the activities of a discrediting nature to the FIAS,

and FIAS Vice-President Fazliddin Pulatov – for the activities of a discrediting nature to the FIAS and termination of his legitimacy.

To remind, Nikolay Lents and Mikhail Shults were recalled from FIAS Executive Committee as the Russian representatives at the All-Russian SAMBO Federation conference in Khabarovsk (Russia) on March 6, 2013.

Decision on the suspension and termination of their responsibilities until the next FIAS Congress was taken by the majority of votes: 10 EC members voted “for”, five – “against”, with one “abstained”.

Mr. Roberto Ferraris, the member of FIAS Executive Committee was appointed to perform duties of FIAS Interim Secretary General until the next FIAS Congress. It was noted, that he has been performing the similar duties as General Secretary of the European SAMBO Federation for already six years and has all the necessary experience.

The second issue of the agenda saw the reports from FIAS Vice-President Mr. Sergey Eliseev and the FIAS Executive Director Mr. Sergey Tabakov invited to the meeting to speak on the FIAS Events Calendar. He reported on the progress in the preparation to the most important multi-sports events of this year.

In particular, the Summer World Universiade in Kazan (Russia) in July and the 2nd SportAccord Combat Games in Saint-Petersburg (Russia) in October were the subjects of a discussion. The update on the actual number of entries by the National Student Unions was presented and displayed the confirmation from the 28 countries willing to send their teams to the Universiade.

As the deadline for the final entry was confirmed to remain as April, 6, 2013, the Presidents of the Continental Federations Mr. Juan Pablo Melo, Mr. Sergey Eliseev and Mr. Dalil Skalli decided to facilitate the entry process in their areas of responsibility.

The long-awaited 2nd SportAccord Combat Games was a part of discussion, too. “The FIAS EC members did the final approval of the event programme and the official weight categories for the Games. The weight categories chosen by us are based on the analysis (the number of participants and participating countries) of the 2012 World SAMBO Championship participants. Hence, SAMBO will be presented in Saint Petersburg this October in the weight categories - 56 kg, 68 kg (for women), - 68 kg, +100 kg (sport SAMBO men) and - 74 kg and 100 kg (Combat SAMBO men) " - comments the results of the Executive Committee meeting Mr. Sergey Tabakov.

FIAS EC also appointed the FIAS Membership Commission to be led by the FIAS Vice-President, Mr. Dalil Skalli. The Commission will review the founding documents of all National and Continental SAMBO Federations and will be the authority to request officially National Olympic Committees and National Governmental Sports Authorities on behalf of the FIAS.

The Executive Committee members agreed on the necessity to establish the Ethics Commission, as per FIAS Statute, with the draft of the Ethic Commission Code to be presented and nominations to be made at the next EC Meeting.

The FIAS Vice-President, Mr. Sergey Eliseev was appointed as the Chairman of the FIAS Statute Commission. He is to prepare the new version of the FIAS Statute, taking into account the opinions of the National SAMBO Federations and to present the draft for a discussion at the next FIAS Executive Committee meeting for the further consideration by the FIAS Congress.

It was decided to stage the FIAS World SAMBO Masters Championship in Burgas (Bulgaria) instead of previously planned USA.

The international affairs were followed.

FIAS Executive Committee unanimously decided to approve and to recommend to the FIAS Congress to accept the Trinidad and Tobago SAMBO Federation as the new member of the FIAS.

The upgrade of the Brazilian SAMBO Confederation status as of a temporary FIAS member into the full member of FIAS was also discussed.

To remind you, that the Brazilian SAMBO Confederation was affiliated to FIAS in at the 2008 FIAS Congress firstly as a temporary member, with the full membership given on condition of the full set of registration documents with the National Sports Authorities to be presented due course. During all these years the documents were submitted to the FIAS Secretary General N. Lents on numerous occasions. Finally, FIAS Executive Committee confirmed the status of a FIAS Full member for the Brazilian SAMBO Confederation by the fact of presenting the complete set of documents.

"It is my pleasure to admit, that the extensive work of our coaches and experts from FIAS Sports and Development Departments in these countries resulted in success. Thanks to this work our SAMBO family is growing and goes from strength to strength!" – commented Mr. Vasily Shestakov on this matter.

- to recommend the FIAS Statute Commission (S. Eliseev) to consider for inclusion into the FIAS Statute the changes and additions as proposed by FIAS Vice-President Roumen Stoilov, which concern the withdraw the voting right of those National SAMBO Federations, which send less than 3 athletes (in all weight categories) for participation in the SAMBO World Championship and SAMBO World Youth Championship.

The special attention was paíd by FIAS EC to the celebration of the 75th anniversary of our sport. The FIAS official website www.sambo.sport will provide a series of dedicated publications shortly.

FIAS Executive Committee also approved the newly designed official logo of the FIAS , which will be presented to the Congress for consideration.

"The leaders of the International SAMBO discussed a lot of matters, took a lot important decisons, but there was a one distinct thread, which was going all the way throught the meetings - it was the word NEW: new logo, new Brand, new FIAS members, new criteria. All this gave us the very good feeling of the new times coming for all of us, the fresh feeling of a revival, which is so common and natural with every spring" – resumed Vasily Shestakov, the President of the International SAMBO Federation.