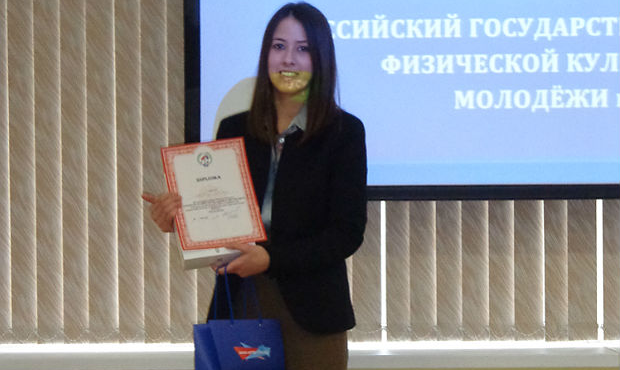 The XIV All-Russian Research-to-Practice Conference in memory of Evgeniy Mikhailovich Chumakov, Professor, Merited Master of Sports, Merited Coach of the USSR, “Sambo Integration into Modern Olympic Movement” took place on February 16 in Moscow. This event is always popular in the sports science sphere, however the conference remains downhome and comfortable. Sambo fans and specialists who attended the event last Sunday had an opportunity to feel its special atmosphere. For those who could not appear at the conference we propose the list of 5 reasons explaining why it was worth attending the Conference.

1. High level of the Conference and recognition

The Research-to-Practice Conference in memory of Evgeniy Chumakov established good reputation long time ago. That’s why the FIAS President Vasily Shestakov in his complimentary speech to the event’s participants noted, “Every year the best and the most progressive persons representing modern sports science meet together on the birthday of Evgeniy Mikhailovich Chumakov, A Real Teacher and A True Character, sambo enthusiast, educator, and coach. On this February day many scientists both the beginners and more experienced ones share their success, findings, and ideas with each other. Until this scientific, research, and creative atmosphere surrounds sambo, I am convinced that all our objectives and dreams will become closer to implementation, as sambo integration into the world Olympic movement is impossible without inspiring our work with research and development thoughts and creative ideas”.

The significance of the topic of this conference was also underlined by Sergey Eliseev, President of the All-Russian and European Sambo Federation, FIAS Vice-President. In the speech addressed to the scientific community he reminded about the development that sambo had had lately: sambo was successfully represented at the Universiade 2013 in Kazan, II Combat World Games in Saint-Petersburg. The Russian President Vladimir Putin personally attended the anniversary world championship in Saint-Petersburg. “All of this demonstrates that sambo is more than ever close to implementation of the most ambitious plans “, Sergey Eliseev stressed.

As the conference has the research-to-practice status, then specialists studying sports and practicing their own skills on the daily basis can perform at the conference. The scientific projects based on the data from his own activity were presented by Dmirtiy Troshkin, Chief Coach of the Sambo Russian National Team. It’s interesting that this conference became for the Head of the Russian team not only an opportunity to share his best practices, but also the place for networking. Ekaterina Nasyrova, one of the reporters, offered to Dmirtiy Troshkin cooperation in the sphere of sportsmen’ psychological training. As the Chief Coach told, the psychological training in the team is now performed based on the intuition and experience. The representative of the Russian State University of Physical Culture, Sports, Youth and Tourism, Moscow, in her turn offered to lay down the scientific basis for everything. Maybe the psychological sphere in the Russian national team will reach a new level soon.

Probably the central event of the conference became the out-of-competition performance. The historian Aleksey Gorbylev well-remembered by permanent participants of the conference thanks to his report last year again proposed for discussion interesting and little known facts which resulted in stormy debates. “He acts as a specific irritator for everyone. He appears before listeners having removed all emotions and speaks only about historical facts. This is the zest of his reports”, Sergey Tabakov, Chairman of the Jury, shared his impressions. We only add that one can get acquainted with studies of Aleksey Gorbylev rather soon on the FIAS web page. The historian agreed to keep his own blog on the official web page of the International Sambo Federation.

“Despite the conference is devoted to sambo, we try to call on all who wants because we are interested in studies in wrestling, Eastern Martial Arts, fencing. This helps us to move forward, not to focus only on one narrow direction. It would be difficult to develop without it”, Sergey Tabakov noted. His words are proved in the book of reports issued according to the results of the conference which included articles about various combat sports, and even in the final distribution of places.

Guests from the university of the city of Novi Sad (Serbia) have arrived in Moscow to exchange experience with the Russian colleagues for several years. This year Kristina Kasals from Granada (Spain), a post-graduate of the University of Novi Sad, presented her report for expert consideration. Her studies were dedicated to training of heavy-weight sportsmen in judo. According to jury members’ opinion this report was rather stronger in comparison with other competitors. So Kristina took the first place.

The abovementioned representative of the Russian State University of Physical Culture, Sports, Youth and Tourism, Moscow, Ekaterina Nasyrova won the second prize having presented the study on the topic “Emotions and their impact on the quality of actions performed by sambo athletes ». The third place was taken by Aleksander Kiryukhin from Elts. The topic of his report was “Interconnection of different aspects of activities of highly qualified judo athletes and veterans and their competitive result”.

Apart from three prizewinners, the FIAS awarded a special prize. It was awarded to Natalya Novikova, who presented the report on the topic of adaptive sports. She prepared the film where ways of sambo development among physically challenged sportsmen were demonstrated. As experience shows, persons with musculoskeletal disorders are able to demonstrate the sambo technique despite severe health restrictions. This unique example may really become an excellent reflexion of the sambo philosophy, that’s why Natalya offers to organise sports competitions among such people.

The conference organisers are the Russian State University of Physical Culture, Sports, Youth and Tourism, All-Russian Sambo Federation, International Sambo Federation and Ministry of Sport of the Russian Federation. 34 articles authors of which were specialists from different cities and towns of Russia and other countries were published in the book of reports from the conference.