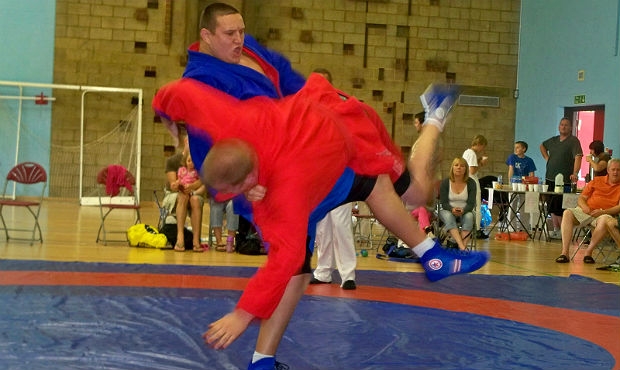 The first President’s Cup was held in London, England, in September of last year; this year the prestigious tournament will take place on the 27th of September, in Manchester. After coming second to the Russians, the founders of Sambo, the British team have their minds set on winning and finally leaving at home the exquisite trophy, made by ‘Jewelers of the Northern Capital’.

Last year at the first President’s Cup, the Russian team took home the trophy, but on the 25th of September, it will be taken on the journey from Moscow to Manchester, where it will determine its new owner. In the meantime, the British team is not only training wholeheartedly towards the upcoming tournament and organizing the event, but also opening new Sambo clubs. In the last month, Manchester has opened three new clubs in the local sports club centers, where anyone can practice Sambo, regardless of their experience level, whether they are beginners or experts. 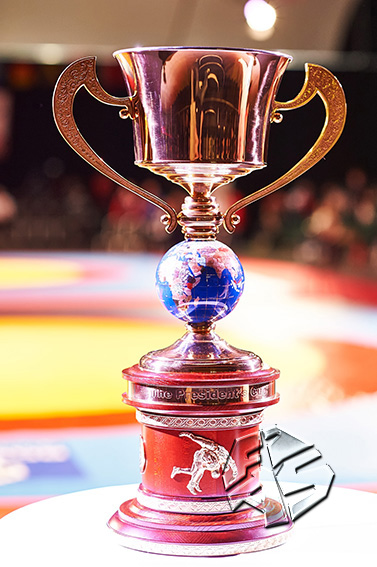 The development of these new clubs in Manchester, is undoubtedly linked to the upcoming President’s Cup, but also due to Britain’s general interest in this kind of martial arts in the recent years. For Greater Manchester, which has a large population of approximately three million people, the three new Sambo clubs will be very useful as it is a place where all levels can practice and improve their skills. One of the newest Sambo clubs is located in Stockport at the “The Spider Web Martial Arts Club”, just 7 miles west of Manchester. Mahender Patel, a multiple British National Champion in sports Sambo and combat Sambo, trains there and also teaches Sambo. Perhaps it is precisely the students in the “Spider Web Martial Arts Club”, who are training under the guidance of the future Sambo world champion; Mahender will be representing Britain at the World Sambo Championship in November 2015, in Morocco.

Furthermore, Matthew Clempner, a well acknowledged sambist, and winner of the 2012 World Cup, now teaches “Self-defense without weapons” at the “Unit 7 Gym” club in Tyldesley, Greater Manchester. Clempner’s coaching and training partner, Chris Hoban, is another very well-known British sambist, is the 2015 champion of Great Britain. Both Clempner and Hoban will represent Great Britain at the II President’s Cup, and also at the World Sambo Championships in November 2015, in Morocco. Matthew Clempner is also the coach and Sambo representative at the third Sambo club in Manchester, located at the “Atherton Sambo Club”. 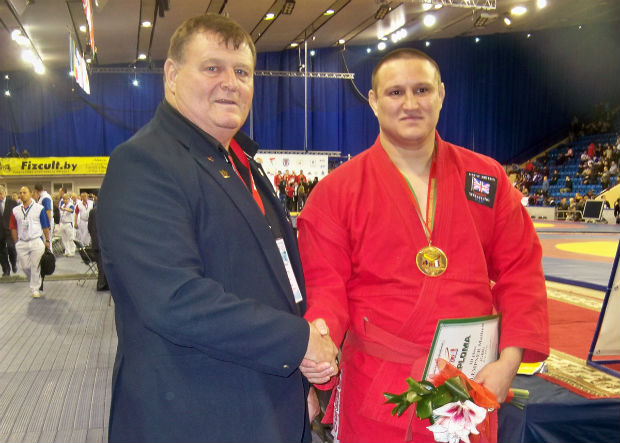 The II President’s Cup, which is organized by the Sambo Association of Commonwealth and the Sambo Federation of the United Kingdom, will be held on September the 27th at Old Trafford in Manchester, under the auspices of FIAS. The tournament will be inaugurated by Sir Warren Smith, the Lord Lieutenant of Manchester. The President’s Cup will be attended by the national teams of Russia, Britain, France, Spain, Germany, as well as two teams of the British Commonwealth. The team competitions will be split into the following weight categories: 62kg, 68kg, 74kg, 82kg, 90kg for the men, and 60kg and 68kg for the women. As part of the tournament, “The British Combat Sambo Grand Slam” will also take place, which is a demonstrative event in open weight categories. Some of the sponsors of the II President’s Cup is charity foundation ‘Sistema’, the Russian telecommunication company ‘MTS’, and the distinguished jewelers factory “Jewelers of the Northern Capital”.

All news about the tournament can be read on the FIAS webite: www.sambo.sport, and on the Present’s Cup website: www.presidentscup.co.uk.