“The organization of the Pan-American Championship in Nicaragua was top notch. In the past, we saw things like that only in pictures” 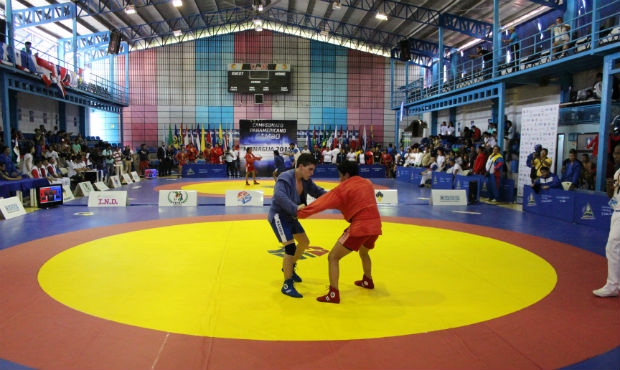 The Pan-American Sambo Championship in Managua has already become history. You can find the results and videos of the tournament’s highlights on the FIAS website. We’d now like to share with you the first installment of what Sambo wrestlers had to say after their performances at the tournament. How did the home walls affect the Sambo wrestlers’ performance in Managua? Who stood out with the wildest victory celebration? On what merits was the Nicaraguan team captain chosen? Why did a coach fight instead of his student? Whose confidence in winning was the greatest? The answers to these and other questions are in comments the Sambo wrestlers made for the FIAS site.

The Nicaraguan Luis Montes was the first member of his country’s team to mount the top step of the winners’ podium. He acknowledged that the home walls and support of local fans helped him capture the gold in the under-57 kg weight class in sports Sambo. 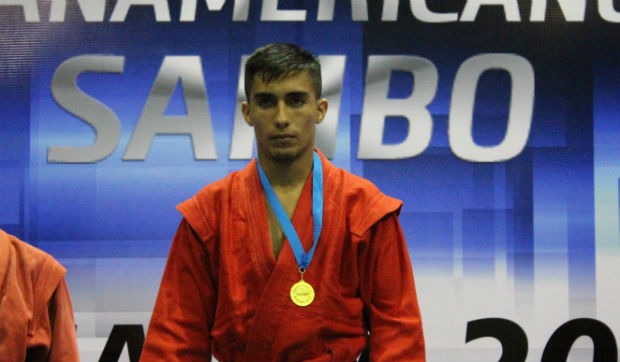 “This is a special competition for me because I’m performing at home and I feel the strong support coming from the stands. Fighting at home is much easier—it gives you confidence. My parents and friends are cheering me on from the stands, so I push myself to the limit,” said Luis Montes in an interview with the FIAS site. “My previous appearance at the Pan-American Championship was in Panama, where I came in third. I’ve been doing Sambo for almost three years; before that I did judo. Sambo has been under cultivation in our country since 2013, and I’m sure this tournament will provide an even bigger impetus to develop the sport in Nicaragua.”

The wild victory celebration with a breathtaking flip by the Dominican Alexis Ysidro was a worthy ending to an outstanding fight in the final of the combat sambo competition in the 82 kg weight class. The gold medal winner of the 2015 Pan-American Championship said in an interview with the FIAS site that this was his second Sambo competition ever and his first one in combat Sambo. 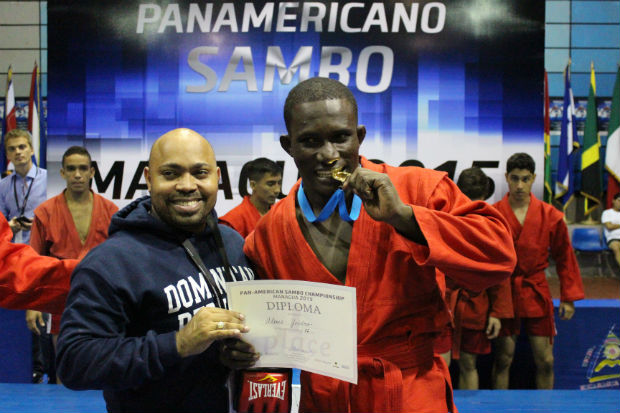 “This victory meant a lot to me. I felt like my rivals were better prepared technically, and most of them have been doing Sambo longer than me. But I gathered all my will and applied all my strength in order to win. I’m happy that I managed to do this, even though I didn’t expect that I would be able to win the gold,” said Alexis Ysidro. “When I won, I got an adrenaline rush: I couldn’t contain myself, so I energetically rejoiced in the victory and did a flip. For me, it’s not important who my competitor is. When the fight starts, I battle to the end. As soon as the whistle blows for the end of the match, every rival becomes a friend. Before this competition, I was sick and thought that I wouldn’t be able to compete; after all, I couldn’t train. I decided to come to the tournament at the last minute. I do a few sports, but for me, Sambo is really meaningful, so I plan to continue to work on improving.”

Not only did Nicaraguan team captain Sayra Laguna shine in competition at the Pan-American Championship, but she also carried the team’s flag during the tournament’s opening ceremonies. The gold medal winner in the women’s under-60 kg weight class talked about responsibility and confidence. 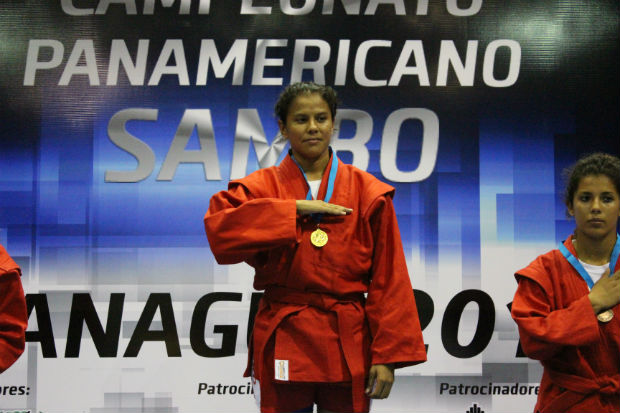 “At the Pan-American Championship in Panama I came in first, and I won a silver medal at the World Student Cup in Cyprus. Because of this I was made captain. I felt a huge responsibility; I was thrilled and I was filled with pride for the country. My mother was cheering for me in the stands, and I felt her support,” said Sayra Laguna. “When you make the competition final, you always expect it to be really hard. But when you go out onto the mat, you can gauge your opponent’s strength from the first hold, and a feeling of determination sets in and you worry less. I hope to compete in the World Sambo Championship in Morocco in November. My coach and I are training for it.”

Alfredo Sotelo, who represented Paraguay, was supposed to take part in the Pan-American Championship as a coach. However, his student was not able to attend the tournament, and the 37-year-old Paraguayan went onto the mat himself. This appearance marked his debut at international Sambo competitions, and it earned him the gold medal in the superheavyweight competition—he took first in the 100+ kg weight class in sports sambo. 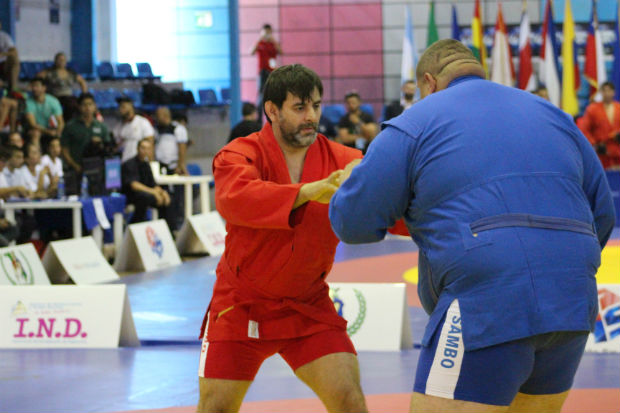 “I tried to show the best that I have—technically and strategically. For a long time I didn’t have any practice competing, and this was my first time competing in a Sambo tournament,” said Alfredo Sotelo. “I first heard about Sambo in 2002, when I went to the Kurash championship in Armenia. I got interested in this martial art and started studying it. A Brazilian Sambo wrestler helped me, but I spent a lot of time working independently. I’m now a Sambo coach, and I have my own club with around 40 students. In 2013 I got a certificate from the continental Sambo federation officially authorizing me to train Sambo wrestlers.”

In addition to being an athlete at the Pan-American Sambo Championship, Alfredo Sotelo was a coach.

“I was the second for Vivian Espinoza, a Paraguayan Sambo wrestler. She’s a student of a friend of mine, and she trusted my instruction and asked me to help her and support her during the competitions. In the end, she won the silver in the under-60 kg weight class. Hopefully, my students will compete in the next Pan-American Championship and I’ll go as a coach. You’ll be able to see me again in Morocco at the World Championship—but as an athlete or coach, I don’t know yet,” said the 37-year-old Pan-American Sambo champion from Paraguay.

The renowned Venezuelan Maria Guedez is in top form and generously shares her dazzling mood. The Sambo wrestler confidently took the gold in the women’s under-48 kg weight class and talked about her major goal for the season. 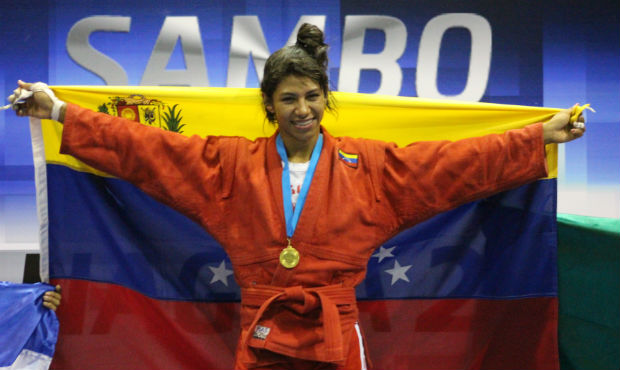 “I’m feeling great at the Pan-American Championship in Nicaragua. For a long time I didn’t leave the country and I didn’t compete. Finally, I was able to wrestle in an official start, and I got a surge of extra energy. I was confident in my victory because I had trained hard. My entire training program this year focuses on getting ready for the World Sambo Championship in Morocco. Today’s tournament is like a practice in serious competition mode,” said Maria Guedez in an interview with the FIAS site.

Guedez said that when she found out that the Pan-American Championship was going to be held in Nicaragua, she had mixed feelings.

“I truly didn’t expect the championship to be so well organized in Nicaragua. This isn’t one of the most developed countries in the region. But when we got to Managua, I was pleasantly surprised by everything—I was especially impressed by how the hall looked. I can say that the organization of the Pan-American Championship in Nicaragua was top notch. In the past, we saw things like that only in pictures—during broadcasts from world championships, the Universiade or the European Games in Baku,” said Guedez. “I want to give a big thank-you to the International Sambo Federation for its support of Sambo in Pan-America. Sambo still isn’t very well known or recognized in a lot of countries of the region, but it’s a sport that I’m passionate about and will never quit. I’m delighted that FIAS is devoting so much attention to developing Sambo in our region.”

The Pan-American Sambo Championship took place September 5–6 in the Nicaraguan capital, Managua. The tournament’s general sponsor was the company MikroKapital, which is involved in global investing.