The 2018 SAMBO Championships Of Russia in Khabarovsk: On The Eve Of The Start 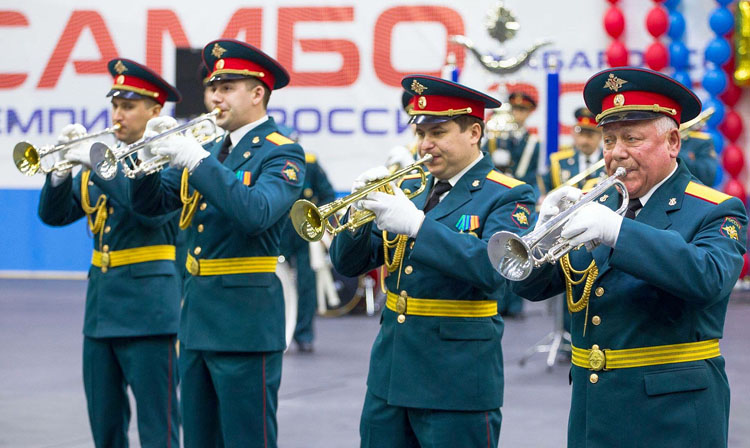 The best contemporary Russian SAMBO athletes have gathered these days in Khabarovsk. On March 2-4, the SAMBO Championships of Russia will be held at the ‘Platinum Arena’ Entertainment and Sporting Complex. This year’s tournament is quite unique: for the first time in its history, competitions in sport and combat SAMBO will be held in one place. More than a thousand of the best sambists from all over the country will not only compete for medals but will also try to earn their berths at the European Championships in Athens, Greece, and at the World Championships in Bucharest, Romania.

Preliminary fights of the tournament will take place on 4 mats at once. The organizers promise to make the finals ineffably spectacular due to lighting effects. 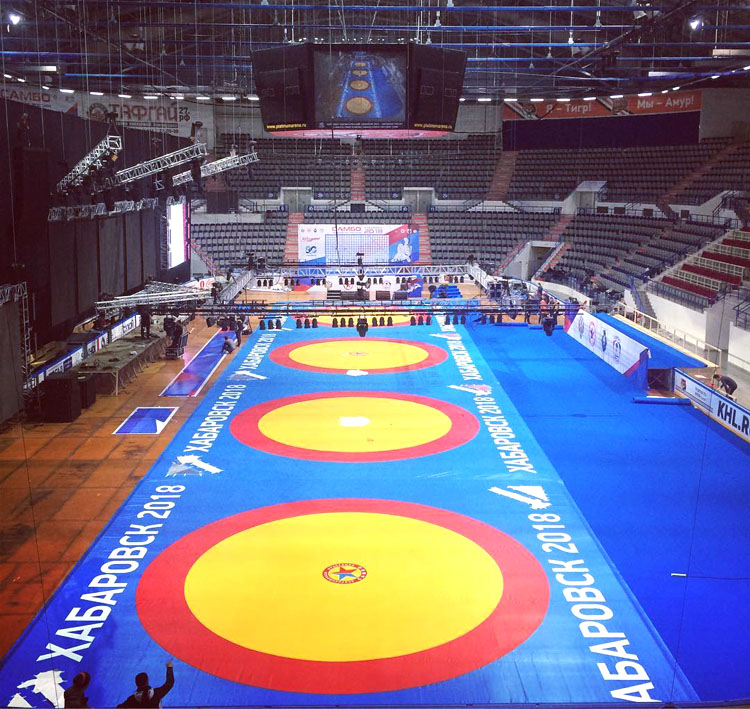 — At those points of time, light in “Platinum Arena” will fade out. Spectators will only see the mat for the finals to be performed on. This has never been done before, — revealed Artem Kolesnik, Head of the pressroom of the SAMBO Championships of Russia.

A whole army of volunteers will aid athletes and spectators at the arena. The guys had been enrolled for the job during several weeks, with subsequent training and distribution of their duties. In the course of the entire tournament, they would appear at hand at the right moment and help out at all times and in any situation. 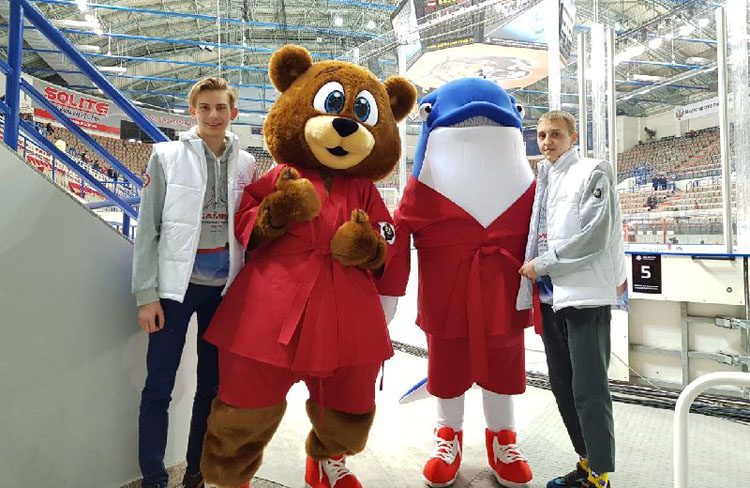 Unlike the work of volunteers that more often than not is unobtrusive and is but scarcely noticed by spectators and fans, the tournament mascots would most likely be found in the centre of attention as well as in the focus of many photo and video cameras. The official mascots of the tournament are Kitosha the Whale Calf and Sambik the Teddy Bear. The mascots’ names were given by fans via voting in social networks.

On the eve of the tournament, the “Platinum Arena” was busy all around the clock with reconfiguring the sites, setting up the stage trusses, installing the sound and light equipment. Although the tournament starts on March 2, the official opening ceremony will be staged only on the next day, March 3. Reportedly, the ceremony will be attended by the Governor of Khabarovsk Krai, Viacheslav Shport, and by an honorable guest who needs no special introductions, — Fedor Emelianenko. 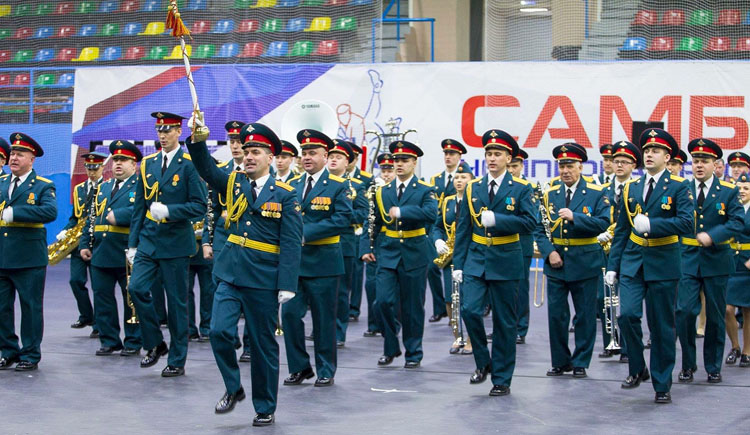 The Championships are already a sell-out, according to the organizers’ newest report. Nonetheless, they promise that the sales of additional reserved seats will be opened in the morning, on March 2. We also remind you that the 69th SAMBO Championships of Russia takes place in Khabarovsk in a significant year for this sport. Thus, in 2018, SAMBO celebrates its 80th anniversary.

You can follow the competitions via live online broadcast of the 2018 SAMBO Championships Of Russia in Khabarovsk.

[Video] Announcement of the 2018 SAMBO Championships of Russia in Khabarovsk 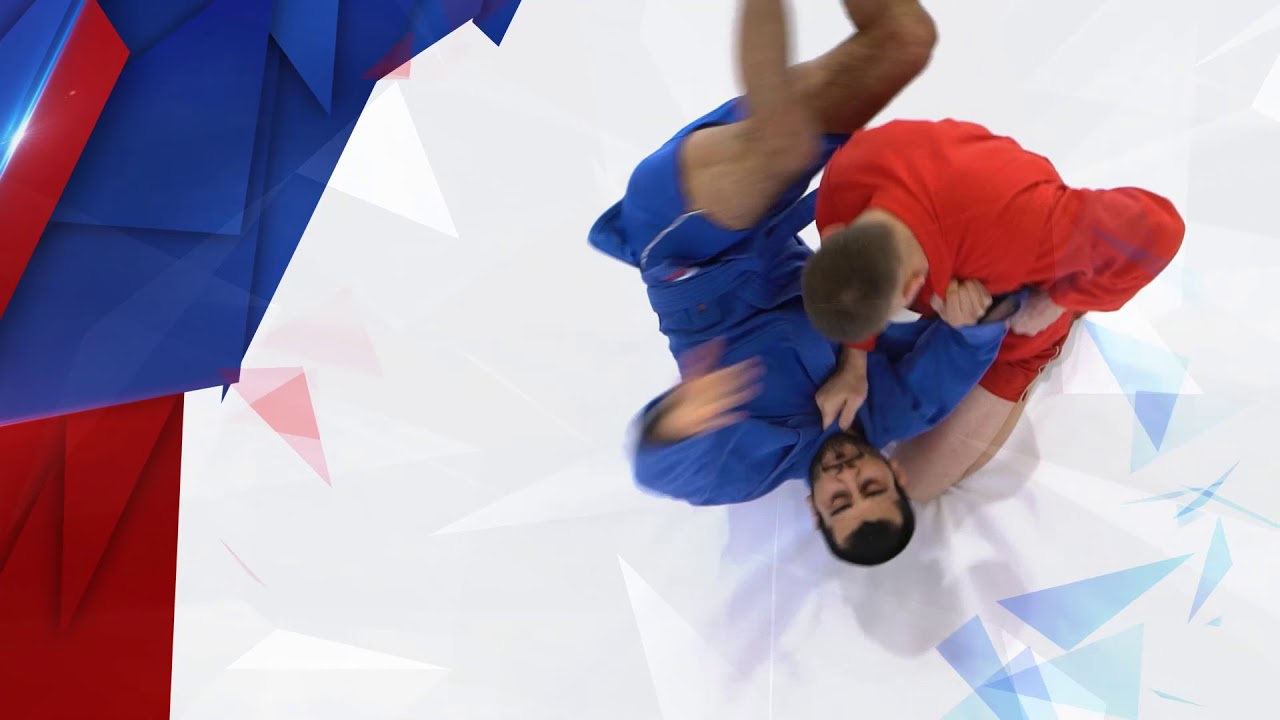