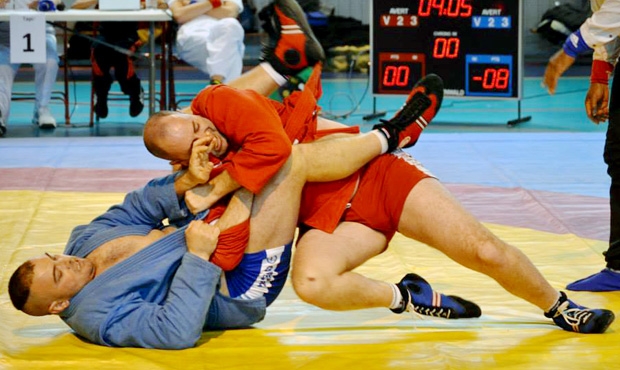 The French Sambo Committee introduces a new tradition of the running the competitions at the national level. The winners of the National Championship held from January 31 to February 01 in Chambery became not only gold medalists, but also special three-colored belts holders (in the style of the France national flag). We’ll tell about other specific features of the French tournament in our today's story.

173 sportsmen of different ages became the participants of the French Championship in Chambery: children, juniors and adults. The first day of the medals individual score competitions was held on 3 mats in non-stop mode. On the second day the club teams scoring was held, each team consisted of five athletes: four men and one woman.

Jean-Claude Cerutti congratulated all the participants of the competitions and expressed deep gratitude to the tournament organizers in Chambery — “Guy Grimont and his team”.

RESULTS OF THE FRENCH CHAMPIONSHIP IN CHAMBERY