Digest of the week: Slovakia is still competing, the Netherlands have already finished, and Belarus and Romania are only preparing 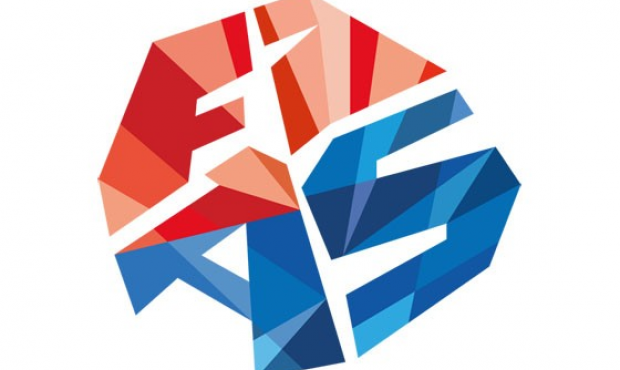 Where will the teams get to close quarters? Who impressed everybody by the demonstrational performance in Ommen? Who have already been prepared for the Pan American Championships? What are the strongest Belarusian SAMBO athletes preparing for? When will the Romanian SAMBO athletes gather a team for the European Championship? The answers to these and other questions you can find in the FIAS site digest.

On March 18 in Bratislava the fifth international tournament “Open Championship of the Slovak Republic” started. There exists a number of interesting items in the program of events, which will last until March 24. In the capital of Slovakia the international coaches and referees seminar, Republic Cup among students, sport SAMBO competitions among all age groups (including veterans) and the first international tournament in combat SAMBO among SAMBO athletes aged 17-18 and 19-20 are planned to be held. In addition, within a framework of the tournament the European Union Cup will be held among club teams “face to face” for the second time, informs SAMBO Federation of the Slovak Republic.

After the tournament the guests will not hurry home. From 24 to 31 of March in the city of Beše?ová the Slovak SAMBO Federation carries out an educational and training camp on the base of thermal springs. By prior agreement, the following teams are expected to attend the event: Ukraine, Czech Republic, Slovakia, Slovenia, Austria, Kyrgyzstan, Russia, Germany, Kazakhstan, Georgia, Uzbekistan, Turkestan, Poland, and Nigeria.

The 23rd Dutch Open SAMBO Championship announced in the last issue of our digest was successfully held in Ommen. The competition was attended by more than 100 athletes from eight countries: Belgium, France, Germany, Lithuania, the Netherlands, Russia, Ukraine and France, according to www.eurosambo.com. The opening ceremony of the Championship, held on March 15, was attended by Hendrik-Jan Ningbers, the Dutch SAMBO Federation President and Sergey Eliseev, the European SAMBO Federation President. Then SAMBO athletes of the Lithuanian team presented to the public a vivid demonstrational performance. Competitions in different age groups and weight categories were held for two days, on March 15 and 16, on the mats of the comfortable Sports Palace in Ommen.

FIAS website readers already know about a furor created by SAMBO in the media space in Trinidad and Tobago. We remind you that the news about the first in the history of the state National SAMBO Championship obscured all other events and reached the front pages of the major newspapers of the country. Today we would like to bring to your attention the details of the tournament and the story of other SAMBO events held in Trinidad and Tobago in early March.

54 athletes in 10 weight categories took part in the inaugural National Championship. “The tournament was a great opportunity to get the necessary competition experience for them. The Championship was of a round robin type, so each participant had 4-5 fights on the mat and was able to feel the real “taste” of a nation-wide Tournament” – commented on Andrey Moshanov, Director of FIAS Development.

There were invited some referees to judge SAMBO athletes, on the eve the referees had been trained at the two-days seminar organized by FIAS, and received basic skills. “We are very grateful to FIAS and Mr. Moshanov personally for carrying out such a useful seminar for referees, as well as training sessions in SAMBO techniques for our coaches and athletes”, – comments on Jason Fraser, Trinidad and Tobago SAMBO Federation President. For sure these referees will be able to apply the knowledge and skills received at the Pan-American Championships, which in 2013 will be held in Argentina and in 2014, in their home, in Trinidad and Tobago.

Recollections of the duel meets of the Minsk Open Cup in combat SAMBO held earlier this month are still green in the minds of spectators and the athletes are preparing for the tournament of higher level. On March 30 in Minsk the Cup of the Republic of Belarus in combat SAMBO will be held again, which will be qualifying for the forming of the national team for the European Championship which will be held on May 17-21 in the Italian city of Crema. According to the site www.combat-sambo.by , the tournament will be attended by the strongest fighters of Belarus, including 2012 world champion Stanislav Kolbasov as well as the world medalists Eduard Muravitsky and Andrey Demyanchuk.

The Romanian SAMBO athletes are also preparing for responsible national starts. On April 6 in Bucharest there will be held duel meets of the Romanian Open SAMBO Championship among cadets and adults. As stated in the Tournament Regulations to participate in the competitions boys and girls should be of 1997-1998 years of birth and a year younger, and men and women should be of