Emotions on the first day of the 2014 European Sambo Championship 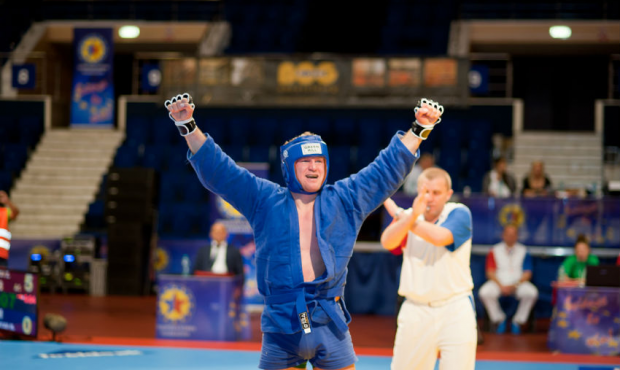 Day one of the European Sambo Championships in Romania was accompanied by the rhythms of Zdob si Zdub. The Moldavian group performed at the tournament’s opening ceremony, creating a happy atmosphere for the supporters and the competitors. Symbolically, the musicians’ compatriots – the Moldavian Sambo wrestlers – ended up with one medal more to celebrate than the event’s hosts. The Romanian team won one bronze medal on the first day, while their closest neighbours were celebrating two bronze-coloured discs. The FIAS website brings you a report of the emotions experienced by representatives of other countries. 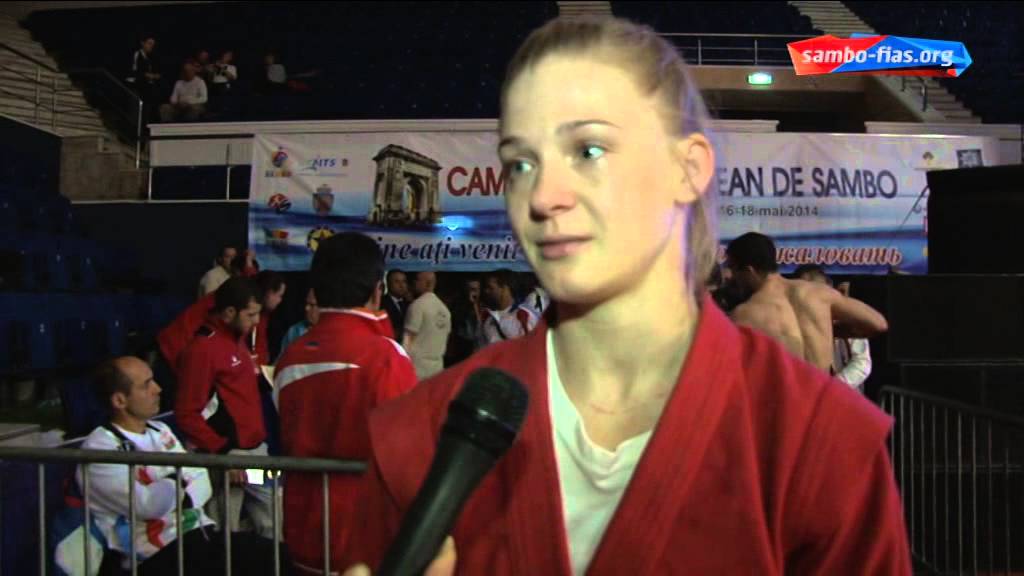 The opening ceremony of the European Sambo Championships started at 6pm precisely, local time. The tournament’s hosts had decided to make the most of the opportunity and laid on a brief trip back into history, telling the spectators about the history of Sambo in Romania and around the world. The audience watched film clips on a big screen with bated breath and listened attentively to the presenters. This presentation was especially informative for the young fans in blue, yellow and red football shirts who filled three stands, one for each colour, thus forming a huge Romanian flag.

One of the most striking moments was the procession of the teams. A record number of 35 countries had come together for the European Championships in Bucharest, and so there was hardly enough room for the young people carrying the countries’ name cards to fit in alongside the three Sambo mats. All fans of Sambo are delighted to see such a packed venue, because it means that combat sport is developing and becoming increasingly popular. This thought was also expressed by Sergei Yeliseyev, President of the European Sambo Federation (ESF), who shared with the supporters the news that Macedonia has been accepted as a member of the continental federation. In his welcoming speech the head of the EFS thanked the spectators, competitors and organisers of the tournament, and also the Romanian Ministry of Sport and National Olympic Committee for their unfailing support for Sambo. There were separate words of thanks for Viorel Gasca, President of the Romanian Sambo Federation.

A record number of 35 countries had come together for the European Championships in Bucharest, and so there was hardly enough room for the young people carrying the countries’ name cards to fit in alongside the three Sambo mats.

Oleg Maldinov, the Ambassador of the Russian Federation in Romania, made a speech of greetings to those present in which he showed a deep understanding of the subject.

“The Romanian Sambo Federation was set up three years ago. The European Youth Sambo Championships took place almost immediately after this, in 2012. And today, just two years later, Bucharest is hosting the European Adult Championships. The growth of interest in this branch of wrestling and the growth in the number of competitors in Romania is simply impressive,” said Oleg Maldinov. “I would like to express appreciation to the country’s authorities for the support which is being given to the development of Sambo, both in Bucharest and in every district. Sambo is an uncompromising sport which gets to the very heart of wrestling. Sambo instills strength of will, a combative spirit and self-confidence, but at same time respect for one’s opponent, honesty and openness. It also helps to build connections and friendly relationships both between competitors and supporters and between countries. Competing on the wrestling mat thus helps to strengthen friendship between countries.”

"Competing on the wrestling mat thus helps to strengthen friendship between countries".

The theme of sports diplomacy was continued with musical diplomacy, since music also brings together people from different states. The world-famous Moldavian group Zdob Si Zdub literally ignited the hall, their opening chords getting at least half of those present dancing. It seemed to onlookers that some spectators had joined the audience especially to see the event’s “headline musical act”. “Our posters said that Zdob Si Zdub were performing at the opening. For several weeks now everyone’s been asking me how much the tickets cost. I’ve been telling them they cost nothing: come along and enjoy yourselves,” says Viorel Gasca, President of the Romanian Sambo Federation.

Jumping ahead, it’s worth noting that the music lovers who came to the tournament ended up so interested in Sambo that they stayed to watch the competition to the final bout. A great way to boost the audience for Sambo!

As far as the sport component was concerned, some of the Sambo wrestlers seemed to have decided to go for the fastest possible victory. First there was Russia’s Yelena Bondareva, who won her bout against Alina Sokolova from Ukraine in the 18th second with a painful leg lock. Then the baton passed to Russian combat Sambo wrestler Gamzat Sayputdinov, who also took less than 20 seconds to defeat Armenia’s Mkhitar Mkhitaryan. But then, on the contrary, Bulgaria’s Gergana Vatsova won just a few seconds from the end. With the score at 1:1 (the last chance of a result lay with Russia’s Nadezhda Zaytseva), they managed to chieve a throw. At that moment the hall erupted again, for the second time after Zdob Si Zdub’s performance. The rules of treating neighbours well seem to be paramount in Romania.

Special mention should be made of a combat Sambo bout in the 74kg category. Many people were surprised to see France’s Charly Schmitt get into the final by using his trump card, the over the back throw, step by step. The Frenchman’s opponent in the deciding bout was Russia’s Zaur Azizov. They started very evenly matched, with neither of them hurrying things. But then Charly Schmitt did a four-point throw and almost got retention. Zaur Azizov explains what happened next:

“At the beginning I was expecting more actions from my opponent – it was interesting to work out how he would start his attacks,” said Azizov. “It turned out that he was neither one thing nor the other: he seemed to start hitting, but without swinging his arms, lunging in from a distance somehow. But the Frenchman quickly threw me for four points, and that surprised me. It was good that I got out of the retention. And after that I realised that if I couldn’t win I needed to simply walk away from the mat. I set to work and gradually began to level the score – and in the end I caught up and won confidently.”

And after that I realised that if I couldn’t win I needed to simply walk away from the mat.

Another exciting final was the bout between Germany’s Bjorn Bachmann and Russia’s Vadim Nemkov. But the German competitor, who was making excellent progress through the tournament, received an injury in the preliminary rounds which prevented him wrestling for gold. The doctor ruled Bachmann must pull out of the competition, but this did not prevent him celebrating a silver in the European Championships.

The Romanians, who were hosting the tournament, experienced some positive emotions. A bronze on the first day of the tournament strengthened their confidence that they could compete for awards in the next two days of competition.

“We entered virtually our strongest team at this domestic tournament,” said Viorel Gasca, President of the national federation. “The girls are competing in seven out of nine categories, and six competitors will represent the country in sports Sambo and seven in combat Sambo. Our objective is to win as many medals as possible, because you’re never as strong as when you’re competing at home. The first day was difficult. Today our boy Dumitru Turcanu won bronze in the combat Sambo, and Roxana Simona Khalush came fifth, which is also not a bad result. We have great hopes for the performance on Saturday and Sunday, but the competition is very tough.”

"We have great hopes for the performance on Saturday and Sunday, but the competition is very tough".