SAMBO World Cup Stage for prizes of the President of Kazakhstan will take place in the Baluan Sholak Sports and Culture Palace, Almaty 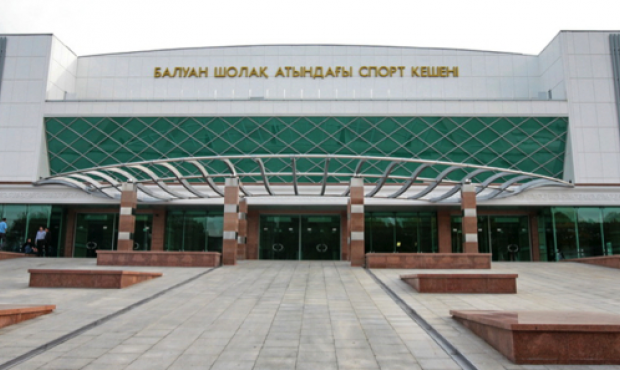 Only one week is left until the start of the World Cup stage for prizes of the President of the Republic of Kazakhstan Nursultan Nazarbayev, who also starts the sambo season. More than 350 athletes from 17 countries all over the world have confirmed their participation in the first large international tournament this year. On January 25 and 26 during two competition days they will compete to reveal the strongest in the Almaty Baluan Sholak Sports and Culture Palace.

As usually, winners and awardees of the first in this season World Cup stage can ensure the superiority and good score competing for the final positions in the overall standing at the year-end. Experience has proven that this tournament demonstrates major confrontation between national teams from Kazakhstan and Russia, which usually have a tough competition for the first team place in the number of gold medals as well as in the number of scored points. However, apart from the traditional opponents, representatives of other countries are always ready to compete and fight for medals.

By the way, the geography of this tournament is expected to be really wide. As of January 17 participation was confirmed by representatives of Azerbaijan, Armenia, Belarus, Bulgaria, Germany, Georgia, Kazakhstan, Kirghizia, Moldova, Mongolia, Russia, Romania, USA, Tajikistan, Turkmenistan, Ukraine, and Uzbekistan.

The Baluan Sholak Sports and Culture Palace was built in 1960th, however its full modernisation was performed while being prepared for the 2011 Winter Asian Games.

The competitions’ venue will be one of the largest and oldest sports complex in Almaty. The Baluan Sholak Sports and Culture Palace was built in 1960th, however its full modernisation was performed while being prepared for the 2011 Winter Asian Games. Today it is a modern arena that went down in history as the venue to hold the solemn closing ceremony of the VII Winter Asian Games and official transfer of the Olympic Council of Asia’s flag to the host country of the next VIII Winter Asian Games.

The major profile of this sports complex, also called the Ice Palace, is ice competitions. However, at different times this sports complex hosted, among others, large international and club volleyball, futsal, judo, box tournament. Sambo athletes will perform before welcoming Kazakh spectators this year. Approximately 5000 spectators will be able to watch the competitions to be held on three mats. Full stands may be expected taking into account that the population of Almaty amounts to approximately 1.5 million people, and that the Kazakhs are greatly interested in sambo.

Although it’s quite possible that the weather may ruin the performance for fans. Heavy snowfalls and frosts have been replaced by some thaw and snow melting lately in Almaty. But such obstacles cannot be serious for real sambo fans. Everyone who is not able to attend the competitions and personally follow the fight, can get acquainted with the most interesting details and promptly see the results at the FIAS web site.