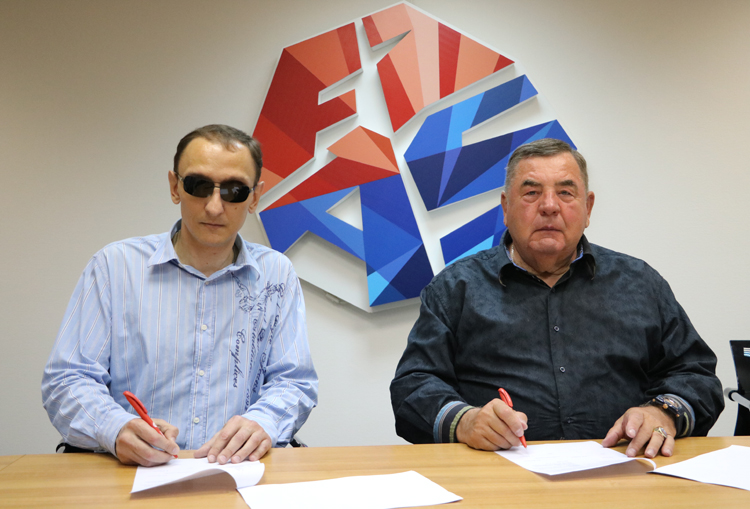 A cooperation agreement between the “SAMBO for Blind” Charitable Foundation for the Support and Development of SAMBO for Visually Impaired and the International SAMBO Federation was signed on May 15 at the FIAS Presidential Office in Moscow. The document was signed by the President of the International SAMBO Federation Vasily Shestakov and the President of the SAMBO for the Blind Charitable Foundation Roman Novikov.

“We are interested in promoting SAMBO for blind and visually impaired athletes and are happy to support the development of this direction. The task set by Roman Novikov and his team is to get into the program of the Paralympic Games, this task is close to us. We have already taken several joint steps in this direction, we will continue to move this way,” FIAS President Vasily Shestakov said.

“A truly historic event took place today. I see a new powerful impetus for joint development, since FIAS and the SAMBO for the Blind Charitable Foundation pursue one common goal - the entry of SAMBO for the blind and visually impaired athletes into the program of the Summer Paralympic Games. I hope that this event will take place in the coming years, and thanks to our joint efforts, we will move towards our goal even faster,” Roman Novikov, President of the SAMBO for the Blind Charitable Foundation, said. 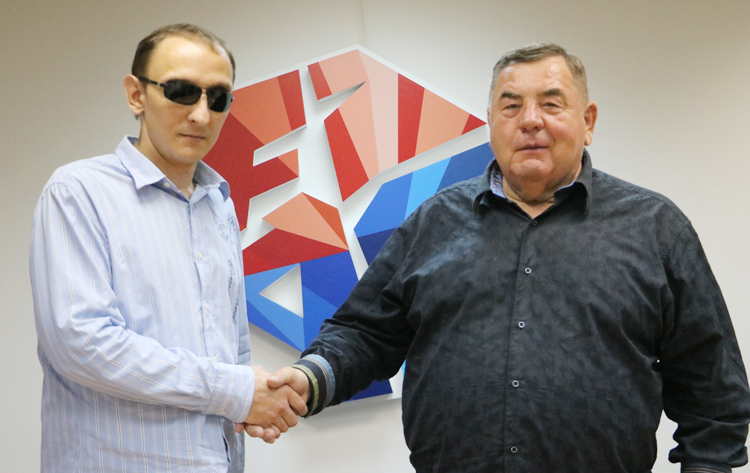 As noted in the signed document, the subject of the Agreement is the establishment of partnerships and the development of long-term and effective cooperation aimed at the development, promotion and popularization of SAMBO throughout the world. The parties agreed to take a number of joint actions, including assistance in the promotion and implementation of projects in the development of SAMBO for visually impaired people around the world, the formation of a positive image of the parties for the international sports community, the organization and joint participation in events aimed at the development of SAMBO for the visually impaired, as well as other areas of mutual interest.