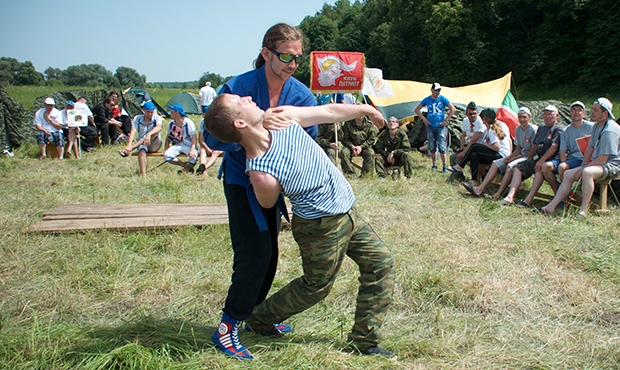 During the week of June 20 to 26, military and sports rehabilitation of the visually impaired was held at the Patriots of Russia rally in the Russian town of Tarus. In the work program at the camp, many interesting events took place, and applied sambo lessons for the blind and visually impaired were key ones.

Originally, the sambo master-class was only due to take place on one day. However, participants of the camp expressed so much interest in applied sambo that planned and unplanned classes were held almost daily. Sambo mentors at the rally were Viktor Ignatenko, Vice President of the Moscow Sambo Federation, and Roman Novikov, Head of the Commission for Working with Visually Impaired Athletes at the Russian Sambo Federation.

“Today, the visually impaired demand security. The importance of SAMBO skills for a blind person traveling alone through the streets of cities cannot be overstated," says Roman Novikov. "Sambo teaches people to feel their bodies, position in space, as well as position relative to other objects. In addition, sambo teaches to fall properly in the event of black ice or other situations. 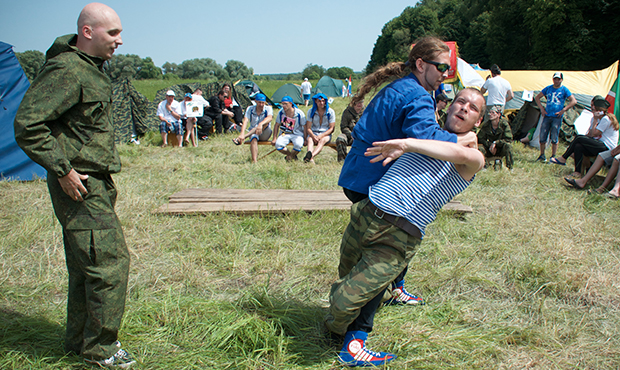 Viktor Ignatenko and Roman Novikov took turns in the role of "bad guy" to demonstrate the sambo techniques. During the master classes, attention was focused specifically on applied sambo, which has long proved its effectiveness in aggressive street environments.

"In the event of an aggressive situation, sambo techniques provide an advantage against untrained people. It allows you to delay until some assistance arrives: freeing from capture and skillfully using an arm lock on the abuser without causing injury. In addition, skills and techniques of self-defense without weapons provide psychological confidence. This significantly increases the level of mobility of a blind traveler during independent movement," continues Roman Novikov. 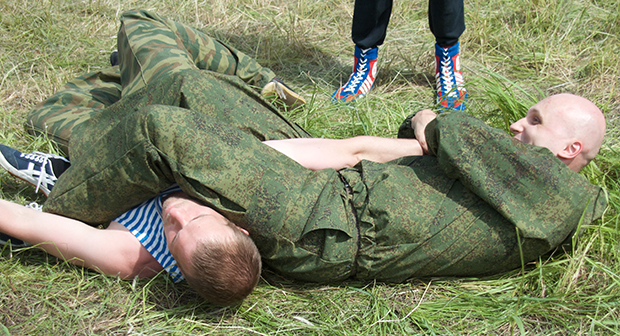 The time allotted for sambo lessons was up, but questions from the participants kept coming. After the master-classes, Viktor Ignatenko explained to all participants interested the various nuances and details of sambo moves and demonstrated the features of their application.

"Sambo seamlessly blends into the general competition program of our military and sports rally. It was originally developed for the military, but today, it is a popular sport, with applied value," Roman Novikov said. "I also want to note that in addition to sambo, during the week at the camp, there were other interesting competitions: assembly and disassembly of a Kalashnikov to time, knife throwing, laser tag shooting, "Ready for Work and Defense" for the visually impaired, pre-doctor aid, passing obstacles, a master-class in blind motorcycle riding and many other activities.” 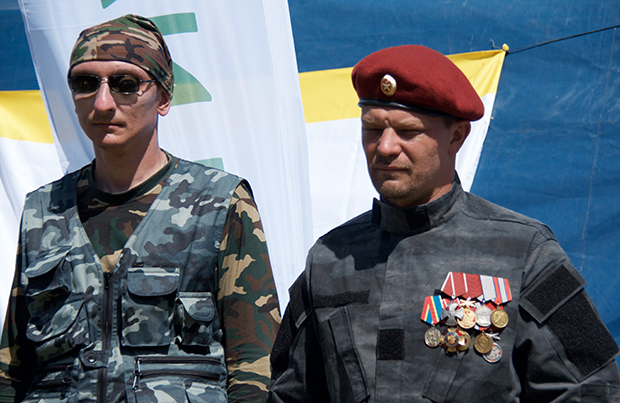 The instructor for most of these contests was veteran North Caucasus fighter with Saturn Special Operations Unit, maroon beret, and present head of Voskhod military-patriotic club Aleksandr Kuznetsov.

"This past week, I watched participants, and want to point out that these people have a very strong motivation to learn new things. And most importantly, they have healthy perseverance. I'm glad that everything planned worked out well, and we learned understanding and interaction from each other," said Kuznetsov. 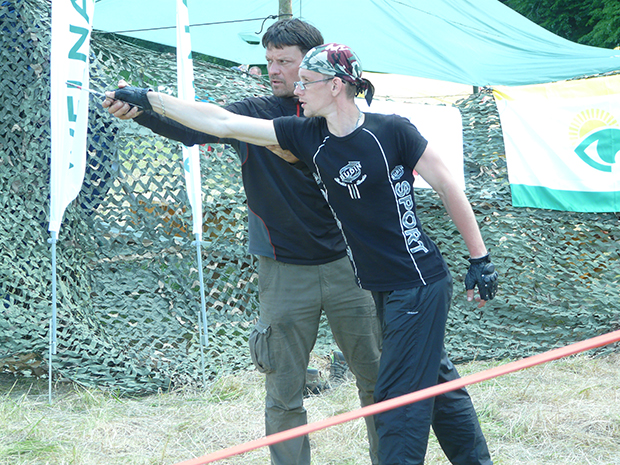 The chairman of the Patriots of Russia organizing committee and president of the Russian Blind Sports Federation, Lydiya Abramova said that such events for the visually impaired are a priority. They enable great rehabilitation for people with visual impairment – all the more so, considering that all tests are performed in relatively tough environment. 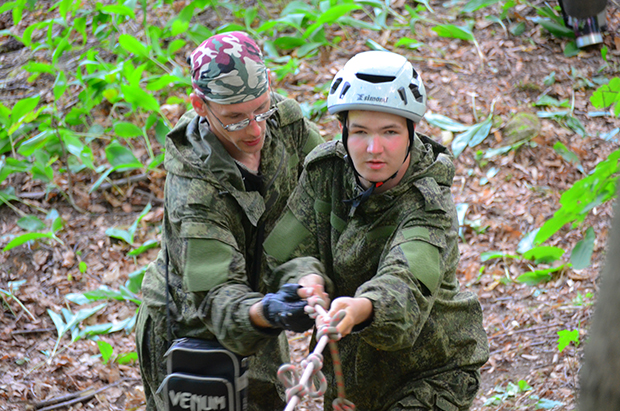 "In the future, we have plans, above all, to expand the geography of participants. We will invite teams from other countries of the world to participate," added Lydiya Abramova. 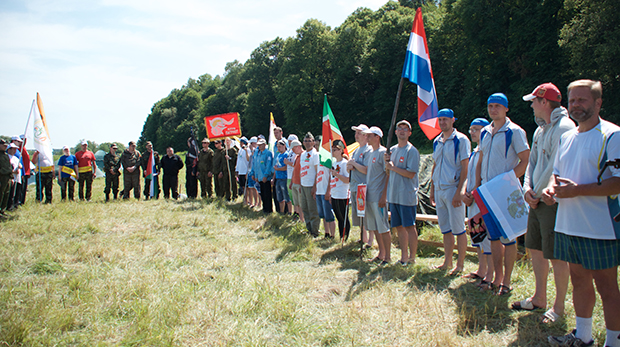 "The head of the culture department of the Russian Society for the Blind, Tatyana Kasikova, was responsible for the cultural component of the Patriots of Russia rally. Thanks to her efforts, participants took part in a number of military and patriotic song contests. It is gratifying that the audience and participants of the rally sang together to teams, as many of the songs are already popular," said Roman Novikov. 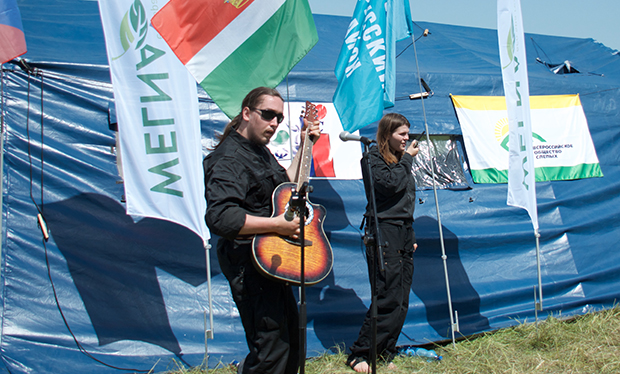 On the last day, at the Velna Hotel resort, a friendly football match was hosted between blind members of the Russian national football team and participants of the Patriots of Russia rally. The two opposing teams demonstrated a high level of skill in ball possession without seeing it. Incidentally, the captain of the Russian national blind football team, Sergey Manzhos, participates in sambo tournaments for blind and visually impaired athletes. Sergey lost only one bout at the "Overcoming"-2 sambo tournament, which took place in 2013: in the final, he lost to Ukrainian sambo athlete Andrey Butenko.

"The Blind Sambo Charitable Foundation not only develops sambo for the blind," says Natalya Novikova, the foundation's president. "Our employees have long been working on adapting new directions for the blind. This includes climbing, throwing knives at a target, laser tag shooting by ear, disassembly and reassembly of a machine gun, and more. We have partnered with Prometey and Voskhod military and patriotic clubs with the Blind Sports Federation. We have now teamed up for organization and staging such an event, and it turned out just the way we wanted it to.” 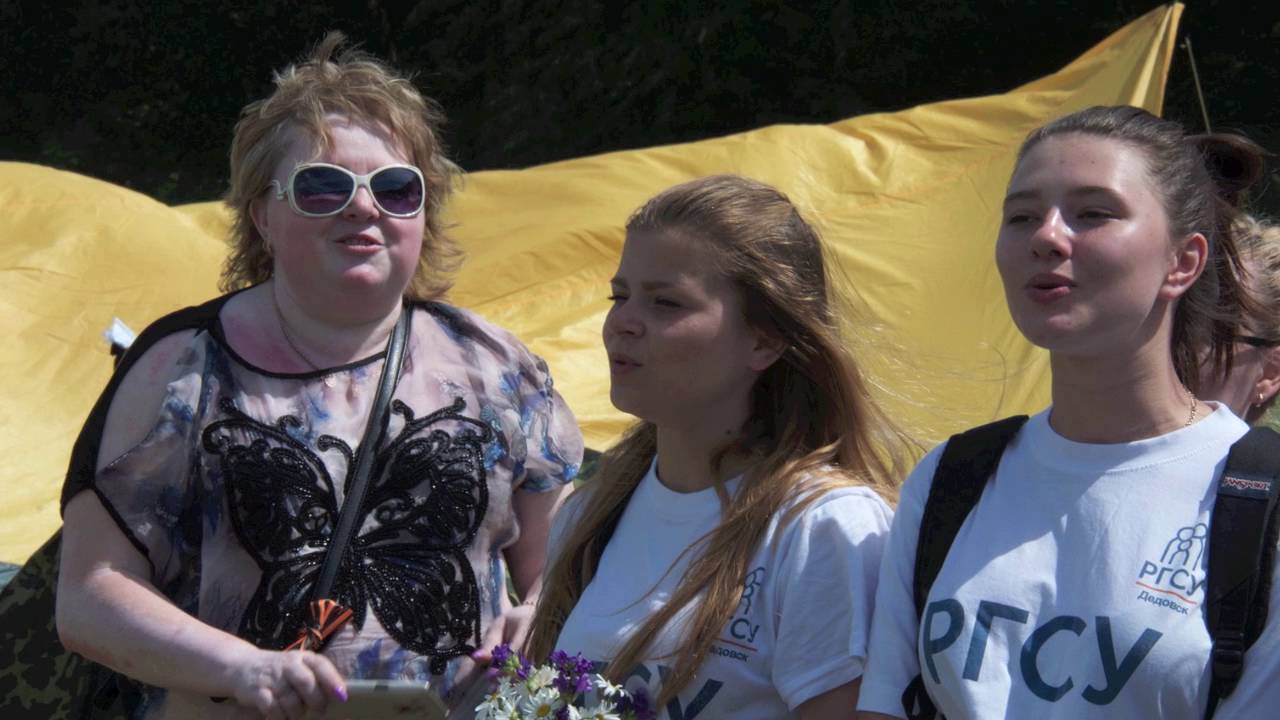 Prize winners and victors of the rally received awards in a solemn ceremony at the Velna Hotel resort from Svetlana Zhurova, Olympic champion, first vice-president of the Blind Sports Federation, and State Duma deputy. The Krasnodar Region team took the first place, silver went to the team from Moscow Region, and bronze was won by representatives of Tatarstan. All participants of the rally were awarded diplomas and valuable gifts. 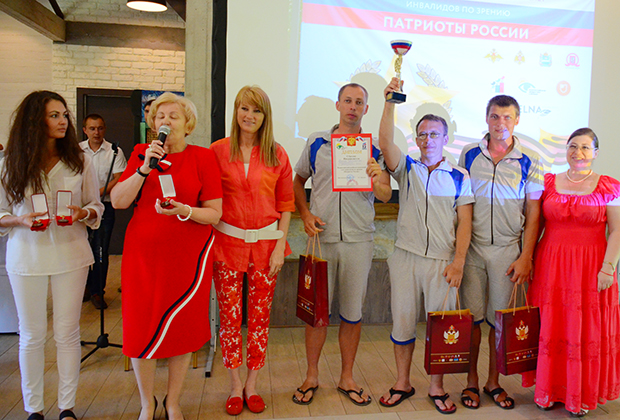 The organizers of the Patriots of Russia military and sports rehabilitation rally were All-Russian Association for the Blind and Blind Sports Federation with the support of the Russian Ministry of Defense, the Ministry of Emergency Situations of Russia, the Blind Sambo Charitable Foundation, Voskhod military-patriotic club, Velna Hotel resort, and Rusprodsoyuz Association of Producers and Suppliers of Food Products.