How the French impressed everyone at the World Masters SAMBO Championships 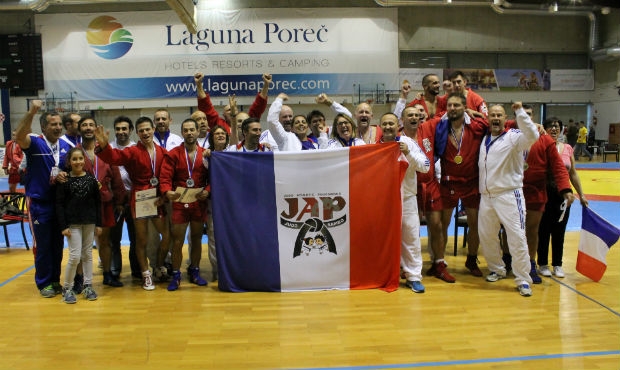 Large and small tricolor flags, a single blue and white uniform with the word "France" on the back, the incredibly loud support of its members, an impressive number of various medals, and of course, a choir singing La Marseillaise during the awards ceremony.

At first, the French team was noticed mainly in the stands of the Laguna Poreč arena. Along with the actual competitors, the French delegation also included a loud support group. As a result, the team confidently stood out by number and skill on the SAMBO mat. During the preliminary fights, French victories alternated with defeats, but an inner sense that these sambists had high medal prospects grew stronger from one fight to the next.

Absolute belief in French success came when it became clear that two sambists from the Land of the Eiffel Tower would face one another in the final in the weight category up to 82 kg for age 35-39 years (one of the largest weight categories by number of participants). If you still don’t know the results, Jean Louis Reina defeated Cyril Olivier in the fight. After the final whistle, the winner very thoughtfully tried to encourage the loser with a lot of kind words. 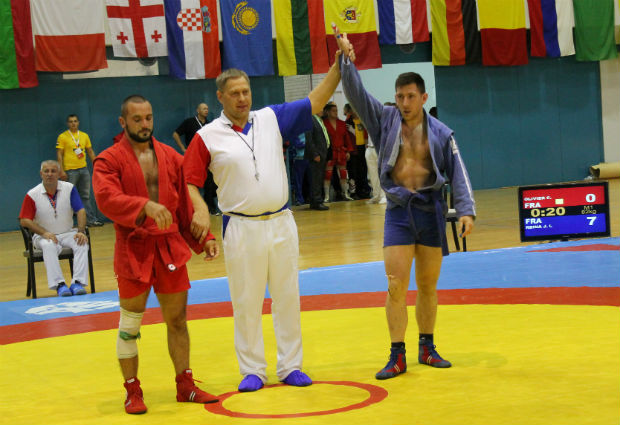 Most of the French athletes appeared on the second day of the tournament, when “younger” masters competed in the age categories up to 49 years. This is understandable: despite the marked increase in attention to SAMBO in France in recent years, it’s not easy to find sambists there who were involved in SAMBO way back when they were young and are already over 50. This problem will be solved with time, of course.

"The French SAMBO Committee is trying to promote masters SAMBO, making it possible to send more and more participants from our country to these tournaments. We’ll also bring a large team to the next championships. I think there will be even more French sambists at the tournament next year,” says David Hernan, one of the team leaders. 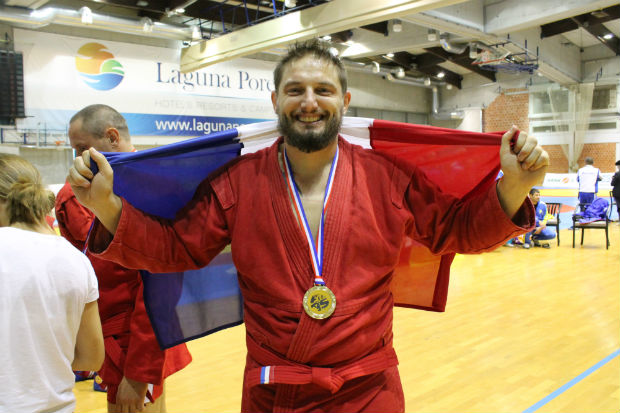 With a brilliant performance throughout the tournament, David won a gold medal in the prestigious +100 kg weight category for age 35-39 years. His victory caused a storm of emotions on the podium from the French fans, but when the winner left the mat and lifted up his coach, the crowd went wild with delight.

"We all worked really hard and we have a friendly and well-organized team where everyone supports one another,” David said in an interview with the FIAS website. “This is the first time I’ve competed in the World Masters SAMBO Championships, but I can already say that I’ll participate in future. I trained for this tournament for a long time, and now, after the victory, I’m just overwhelmed by the incredible amount of emotion I’m feeling. I’m very happy that I can bring home a medal to my wife and children. That’s really important for me.” 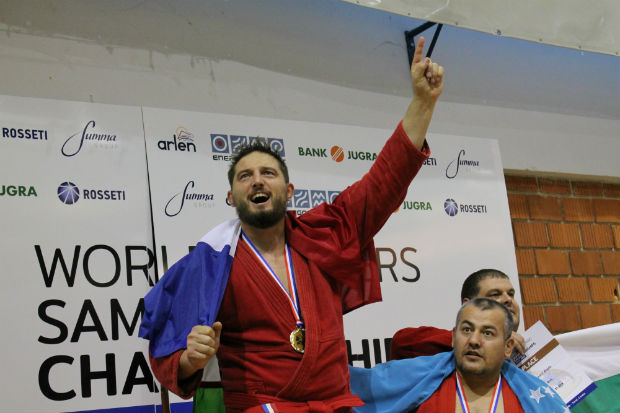 Sambists often say it’s easier to go out on the mat than to follow the fights from the stands. Sébastien Robinet confirmed this obvious truth. Although his fights were uneven, he still managed to win a bronze medal in the championships in the weight category up to 90 kg for age 40-44 years. However, there was an impression that he reserved all his strength for support of his friends on the team, rather than for the fight. 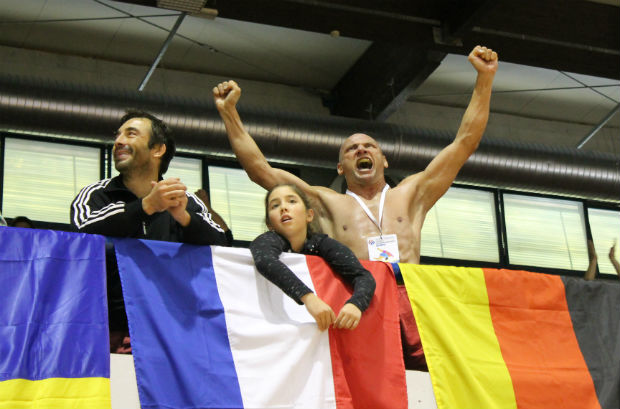 There was no other fan so emotional and devoted and living for competitions here and now within a radius of several hundred kilometers of Poreč that day. Sebastian lived every fight of the French sambists as his own, thrilled by the victories and disappointed by the defeats. And standing on the podium, he proudly sang La Marseillaise in honor of his teammate, who became a champion in the same weight category. We met Sébastien the day after the competition. He spoke in a whisper. He’d temporarily lost his voice after prolonged strain.

The French national anthem rang out repeatedly during the championships, and the tricolors gave everyone around a positive charge. Maybe the example of how these newcomers cheer for one another will be an inspiration for all other participants who love SAMBO - both masters and athletes of all other ages. 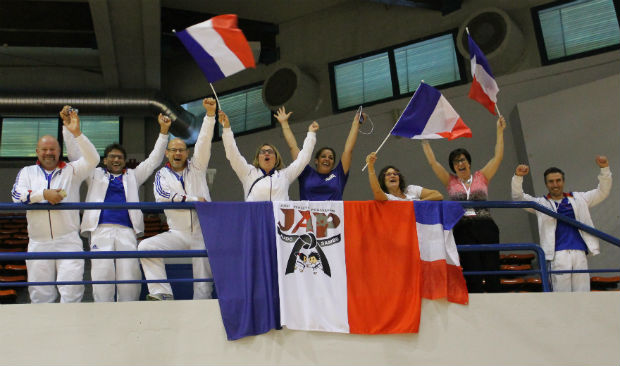