Instead Of Fighting They Were Trained In Safe Falling: FIAS Staged A Master-Class For BANCA INTESA Clients 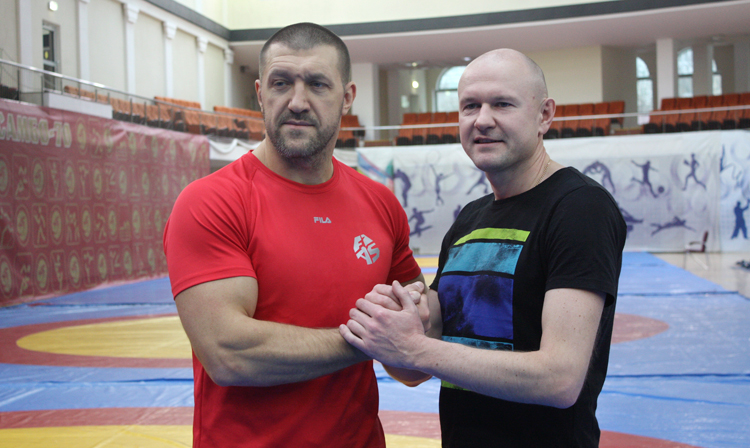 It was quite easy to spot those who for the first time in their lives came to attend SAMBO master-class in Moscow, on Saturday, January 27. Round about the noon they were loitering in front of the “SAMBO-70” Sports and Educational Centre calling to specify which was the right entrance to come in. With a change of athletic apparel on them, the invitees were accompanied by friends or relatives. Inside the building they were welcomed by Dmitry Maksimov, FIAS Sports Director, World SAMBO Champion who was giving this master-class for BANCA INTESA clients.

‘The audience that has gathered here is quite foreign to SAMBO. People like this are always easy to work with, as they are highly motivated, ready to make some wonderful discovery for themselves. These are the most grateful listeners who perceive your information a hundred and five percent,’ Dmitry Maksimov characterized the master-class participants. 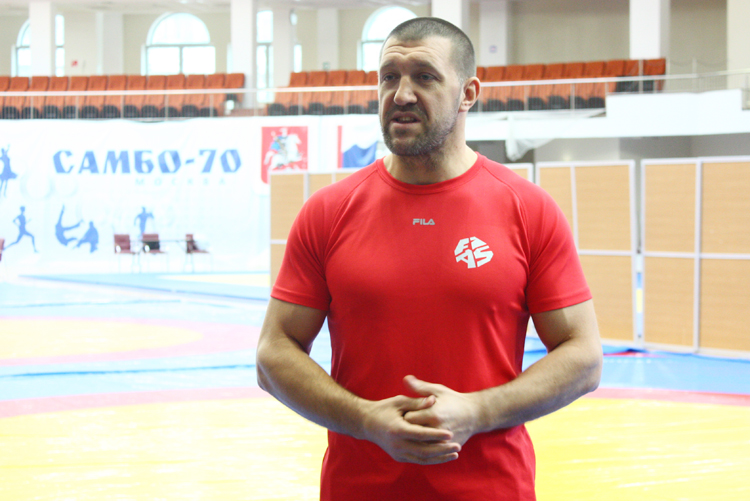 Judging by what the participants were talking about before the class, most of them had expected to be instructed in techniques of self-defence. Whilst male adults and kids were obviously eager to learn some effective grip or throw, ladies preferred to be more cautious. 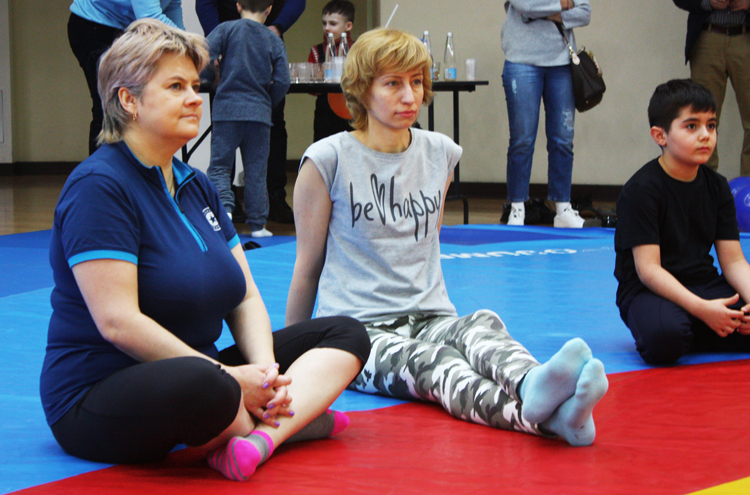 But to their surprise, Dmitry Maksimov was not going to coach them in fighting or wrestling. It is well known that the first step and the basis of SAMBO is the safe falling technique. It was training in this skill which might be useful to anyone not only in sports but in daily life that this class was dedicated to. 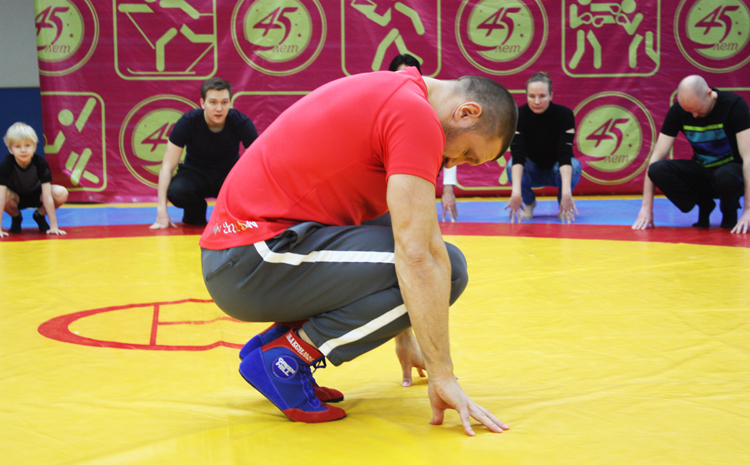 ‘I haven’t had any specific expectations before the master-class as I was never dealing with SAMBO before. I was just curious to try something new,’ tells the BANCA INTESA client Irina Prokhorova, a confectioner. 'I appreciate the idea of practicing skills that would be of real use in daily life, though. Now I know how to fall in a right way, to avoid getting a trauma. It’s especially topical now when it’s so slippery in the streets in wintertime. Your heel slips – and here you are, tumbling backwards or sideways, you know. Having been trained in safe falling was very useful.’ 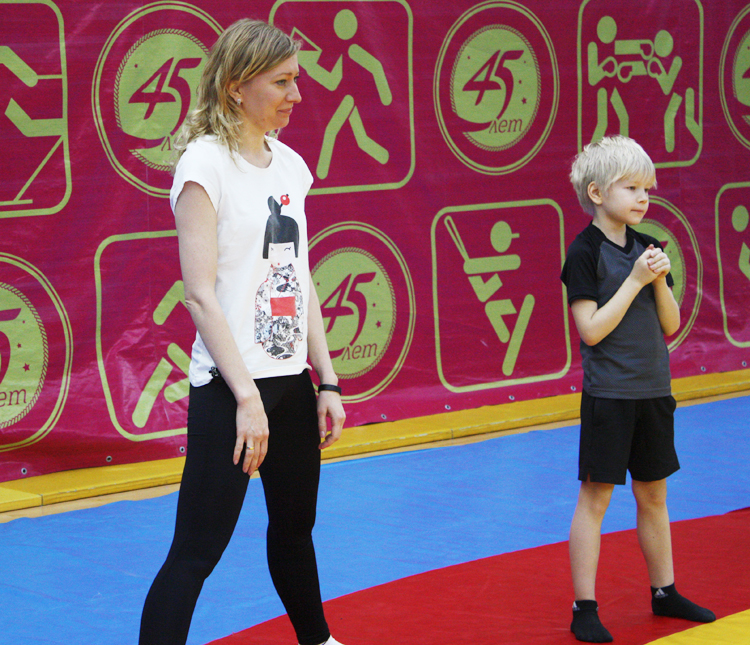 Her seven-year-old son Artemy was of a similar opinion.

‘I very often fall downstairs at our summer cottage. And now I know that you can do some tucking, and it won’t hurt. I liked the coach very much, especially when he was teaching me how to do proper tuck-rolls,’ he remarked. 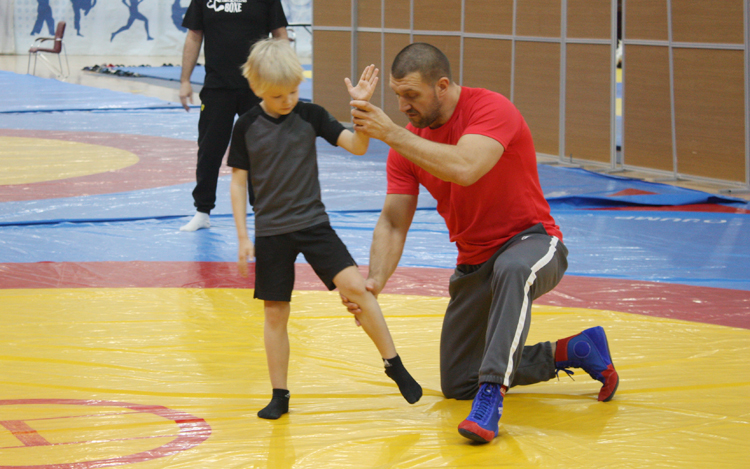 Dmitry Maksimov was assisting Artemy in his proper tuck-rolls, while Maksimov’s own rolls were assisted by Matteo Mirella. The Italian who lives and makes his business in Russia for over 12 years has shared his impressions of the SAMBO master-class. He has proved to be quite familiar with this sporting discipline. 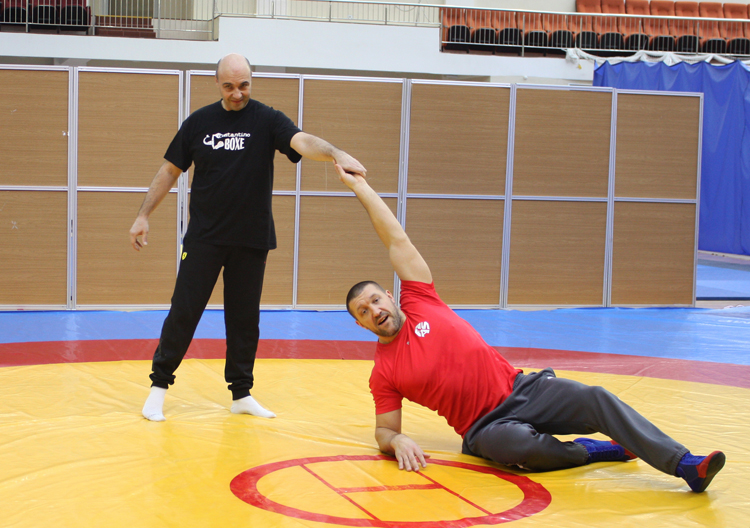 ‘SAMBO is a sport that I know very well, as I’ve got friends who go professionally into this martial art. Today I’ve tried SAMBO myself, for the first time. I used to dabble in boxing and Muay Thai, where striking techniques are predominant. While SAMBO is all about wrestling, in the first place, so it’s a completely different sport to me, and I was very interested,’ said Mirella. ‘Today, the world champion was coaching us in falling techniques. I’m sure that getting such skills would be practical in life. One has to be well-prepared not only physically but psychologically, too. This helps to protect one’s life.’

However, on that day the class participants mastered not only the basics of SAMBO but also learned the most effective techniques of self-defence as they examined particular cases. 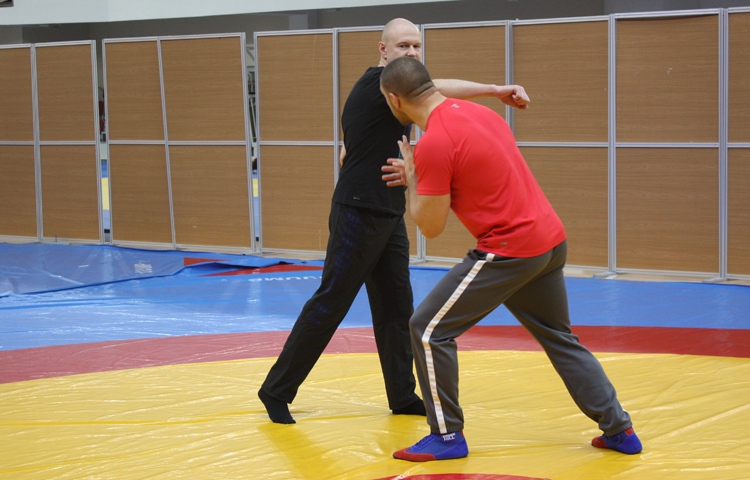 ‘I think that expectations of those who have come to the master-class to learn how to fight have not been wholly fulfilled, and yet their diligence and attention paid off at the end of the class when they got the answer to their question: ‘What can I do when I’m assaulted?’. They were given techniques that could easily be applied to an aggressively behaving individual,’ explained Dmitry Maksimov. 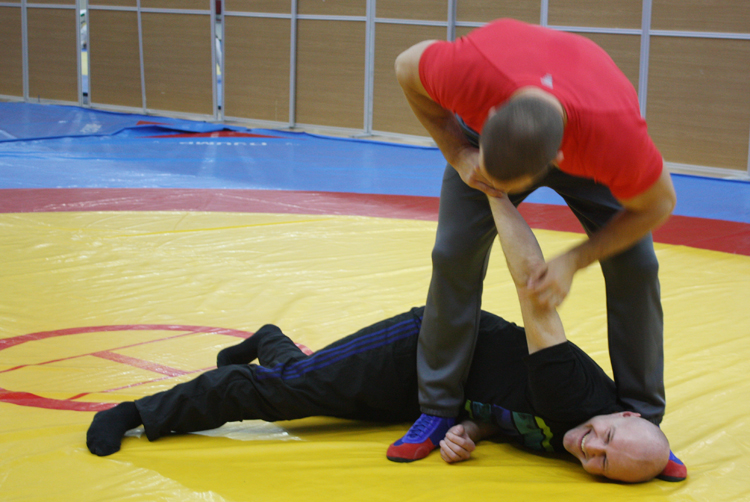 According to his words, the main objective of the event was ‘to make people understand that SAMBO is not only a mat, two fighters, and a referee’.

‘Actually, SAMBO is entwined with everything there is in life, with home, sporting, or family life… with any sort of human activity that exists in nature. And SAMBO stays in high priority within all these things, because it’s natural and as such, close to anyone. In my view, we ought to form such outlook on SAMBO in others, that SAMBO is not only a sport but one’s whole attitude to life – and first of all, to oneself,’ mused Maksimov. 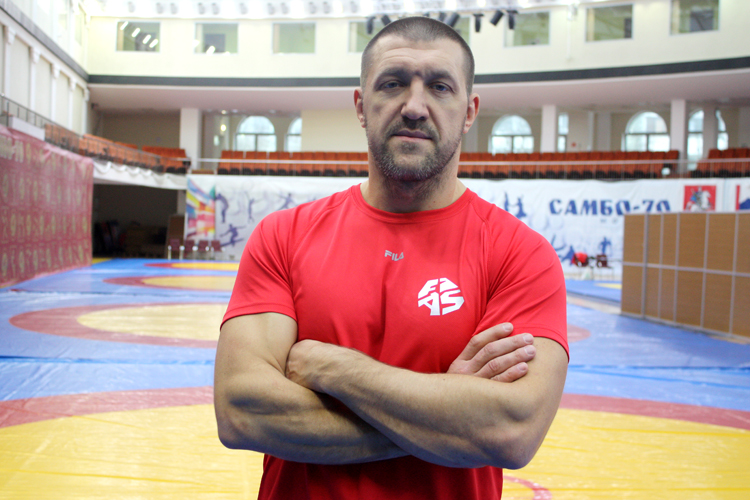 According to Nina Makukhina, the Bank’s Head of Sales Promotion for Affluent and Premium Client Segment, her chief expectation was arriving at ‘the new format of arranging events for her clients’. 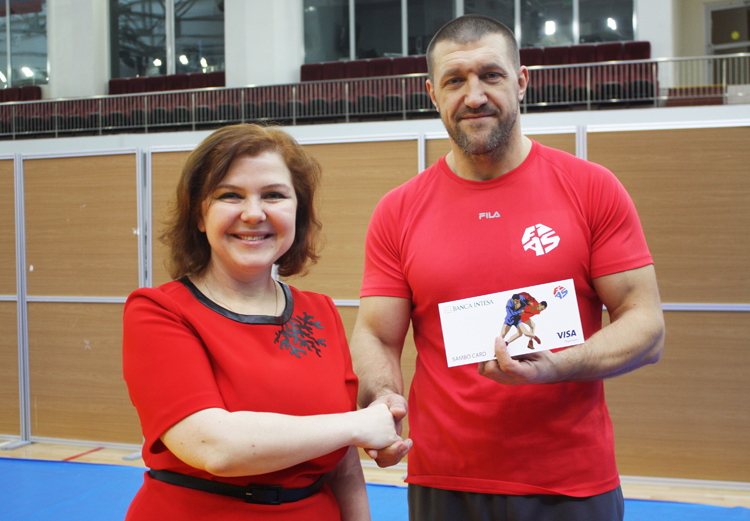 ‘We emphasized an opportunity for our clients to bring their relatives with them and thus, to make this a family event,’ she claims. ‘And our expectations proved fulfilled, with our clients appeared highly satisfied. They say they’ve never been invited to such sort of events, that this is a great deal more interesting than business breakfasts. Happily, there had been a lot of business communication between the clients in the course of the class, they met each other, some agreed on a further partnership, I believe. It happened so that in the master-class format when they had been performing those challenging exercises on the mat, they found it better and easier to communicate with each other.’ 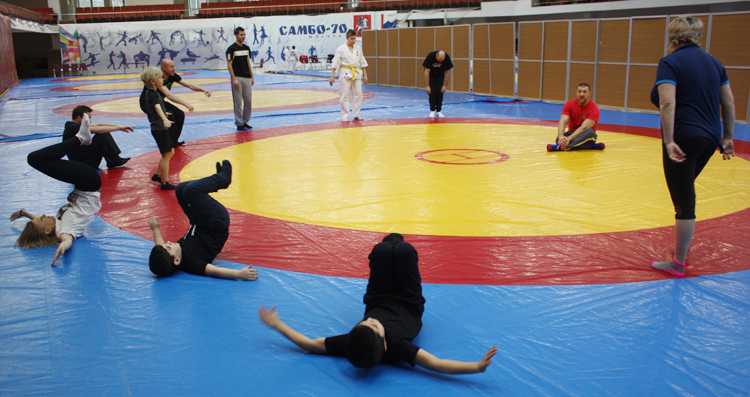 To recap, in December 2017 the International Sambo Federation in cooperation with BANCA INTESA JSC had issued an exclusive co-brand debit INTESA SAMBO CARD on special conditions. Those who attended the master-class were introduced to this program, and many of them got their own sambist bank card right on the spot. 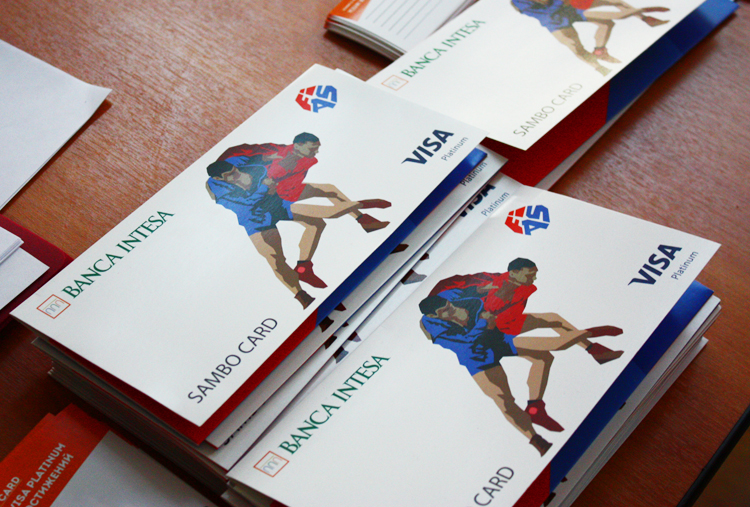 Another consociating issue that was raised during the event was the protection of Siberian tigers. International SAMBO Federation makes its efforts to save this species, with tiger being an official mascot of both FIAS and SAMBO. Viktor Nikiforov, the coordinator of the ‘Tigrus Project’ program aimed at conservation of Amur tigers, spoke on the significance of this activity and importance to contribute to it. 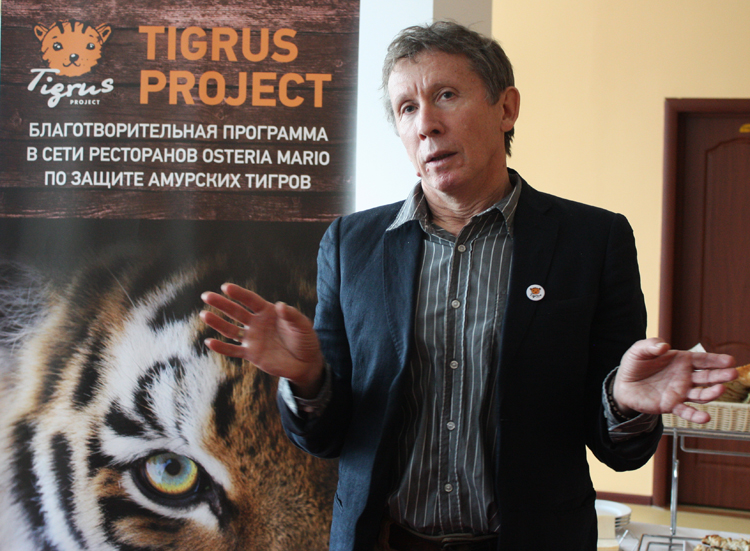 Since December 2015, the project has been carried out at Bar BQ Café restaurants and events, under the guidance of Henrik Vinter, President of “Tigrus Restaurant Holding”. In the framework of the ‘Tigrus Project’, large sums of money are being raised and allocated for the purpose of Amur tiger conservation every month.  Viktor Nikiforov stressed that due to these project-raised funds, the population of Siberian tigers is constantly growing, and the natural treasure will be preserved.

By the way, there was a playground arranged for the youngest participants of the master-class where they could have unleashed their creative urge in tiger-coloured paintings. 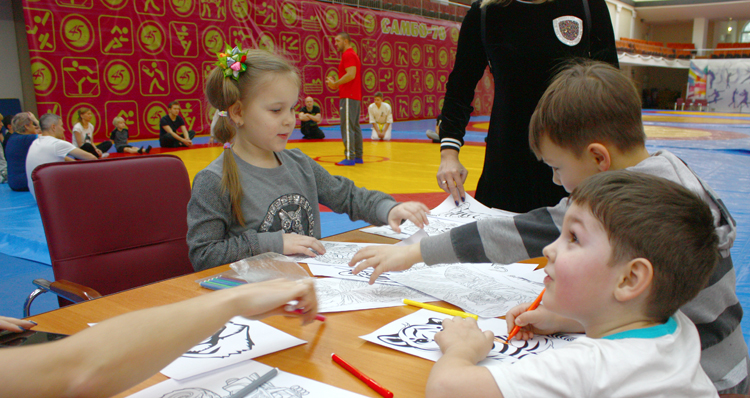 ‘Right now, as I was saying goodbye to a client I gave him a firm promise to invite him to the next SAMBO event. You know, some of our invitees didn’t bring their athletic apparel today, for they hadn’t planned to take part in a real training session. As they witnessed how interestingly it all went off they asked us to invite them next time again. I’m pretty certain that we would carry on staging these joint events with FIAS, and that SAMBO would gain yet more fans.’ 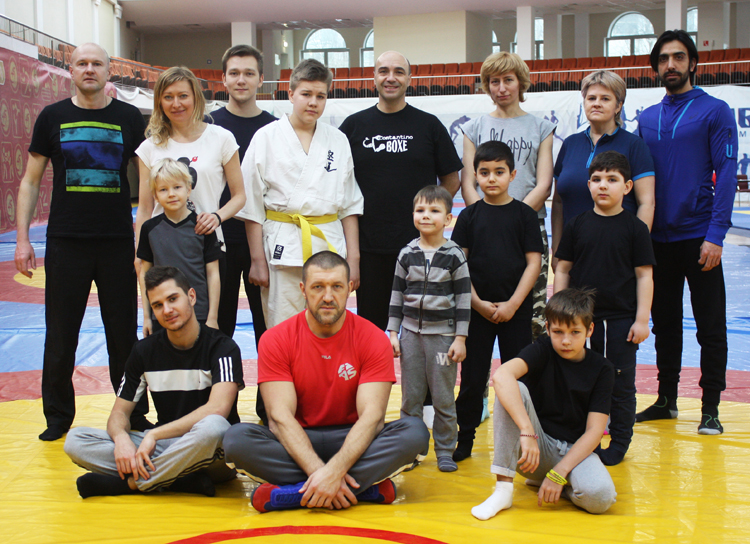 [VIDEO] Instead Of Fighting They Were Trained In Safe Falling: FIAS Staged A Master-Class For BANCA INTESA Clients 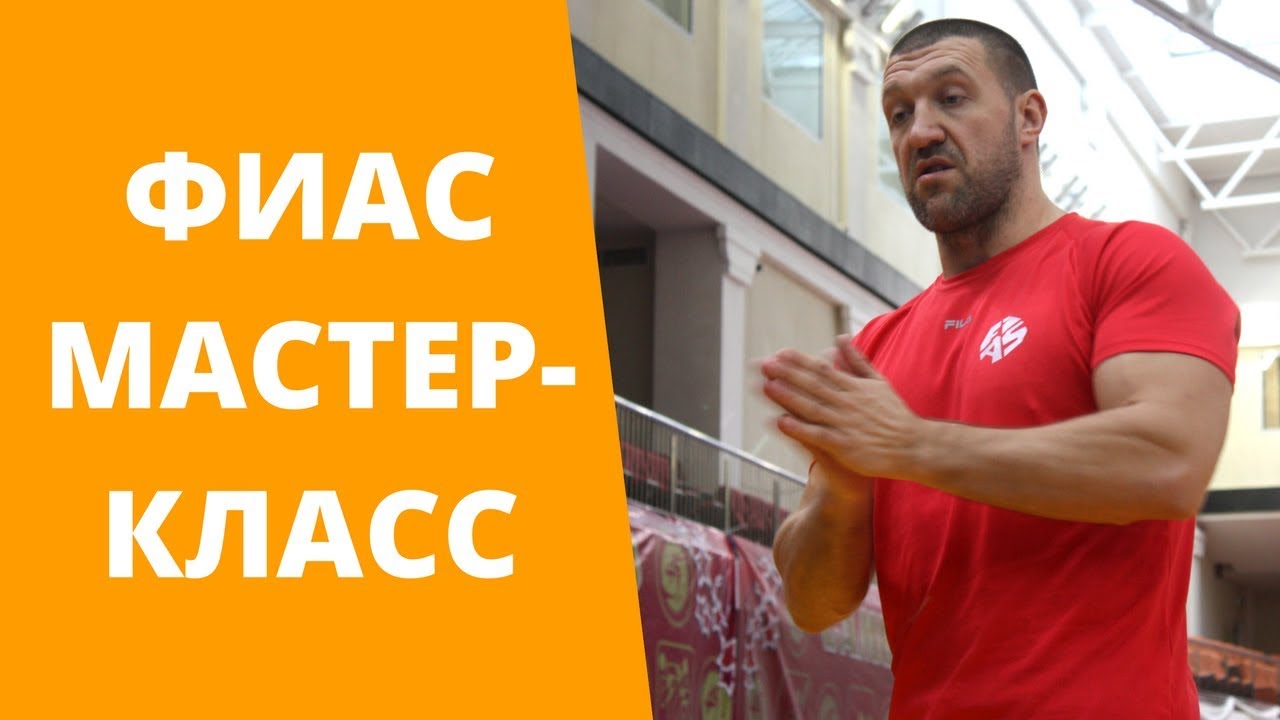