Marina ZHARSKAYA: “By my Example, I Show Children How to go Towards the Goal” 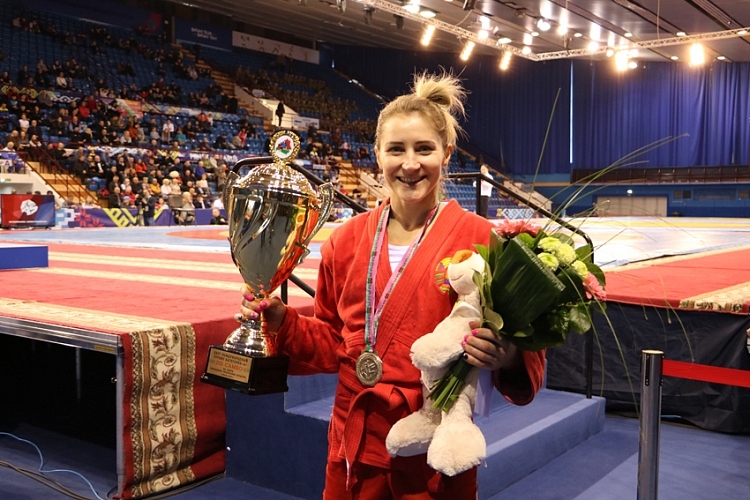 At the International SAMBO Tournament for the prizes of the President of Belarus in February, Belarusian sambist Marina Zharskaya brought one of eight gold medals to her team. The athlete performs in the weight category up to 52 kg among women. At the European Championships she won 13 medals, at the World Championships – 11. 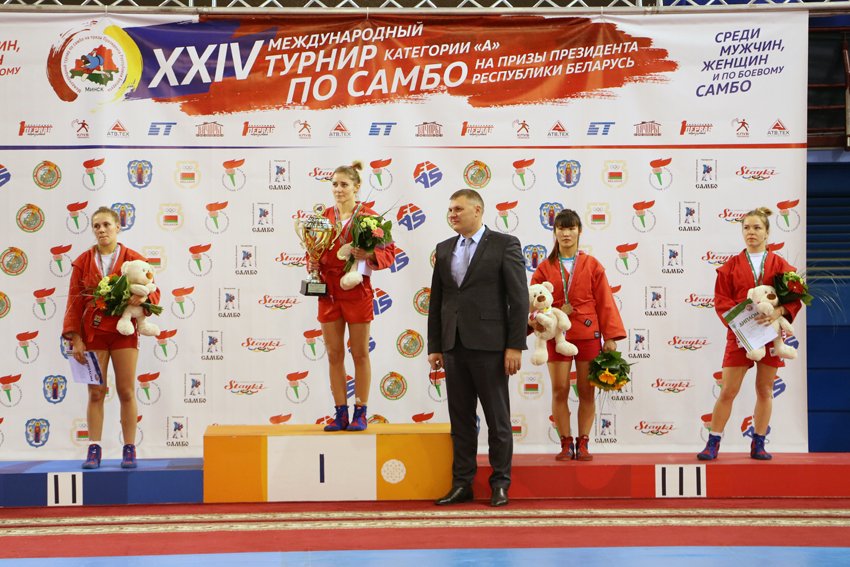 – These competitions are qualifiers for our team for the European Championships. In fact, the tournament opens the international season, many sportsmen come to check their level of readiness, get combat experience. In my weight category there are all familiar rivals. This year Ukrainian Alla Bekheva arrived for the first time. I watched her fights at the preliminary stage. In the final, I defeated her by a painful trick. The victory brought a lot of positive emotions. But there is always something to work on in order to fully approach the main starts of the season. Now we need to work on the tactics, as the rules have changed. 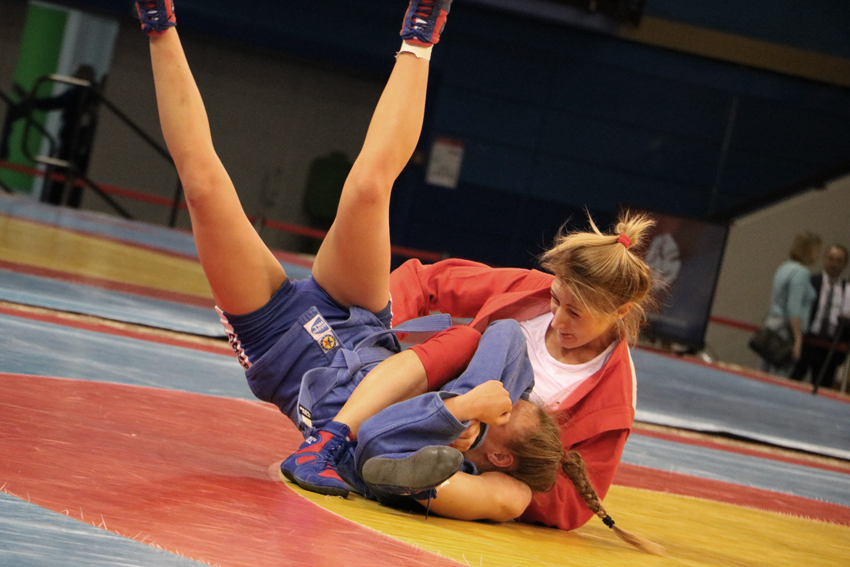 – How serious are the changes?

– For example, women have increased the duration of the fight to 5 minutes. It seems to have thrown 60 seconds, but they feel great. Especially when you get to the semifinals, finals. Throws on the ground began to be assessed. It is necessary to make certain adjustments in attack and defense. Well, follow the comments that give for a passive struggle.

– Was the year 2016 the most successful in your career?

– Exactly. In September 2014, the second child was born. In January 2015, I returned to the mat. The form set process was not easy. In 2016, the goal was to win the planetary championships. And I got it. But during the leave to care for the second child, I thought whether to pursue a career or not. And inclined to complete. But my husband Vadim pushed to ensure that I did not give up. The husband took care of all the household chores and taking care of the children when I was at the training camp.

– At one of the world championships, they took the “gold” from you. Remember that case.

– It was in 2007 in Prague. In the final, I fought with a rival from Mongolia. I won over her due to the remark that she received vis-a-vis. They raised my hand. But I was happy for about two minutes. We were returned to the mat. Victory was given to a girl from Mongolia. Why? We did not get any special explanations. I cannot convey in words how upset I was then. But everything that is done is for the better. Perhaps after that “gold” I would not have become a champion in 2016, I would have completed my career. 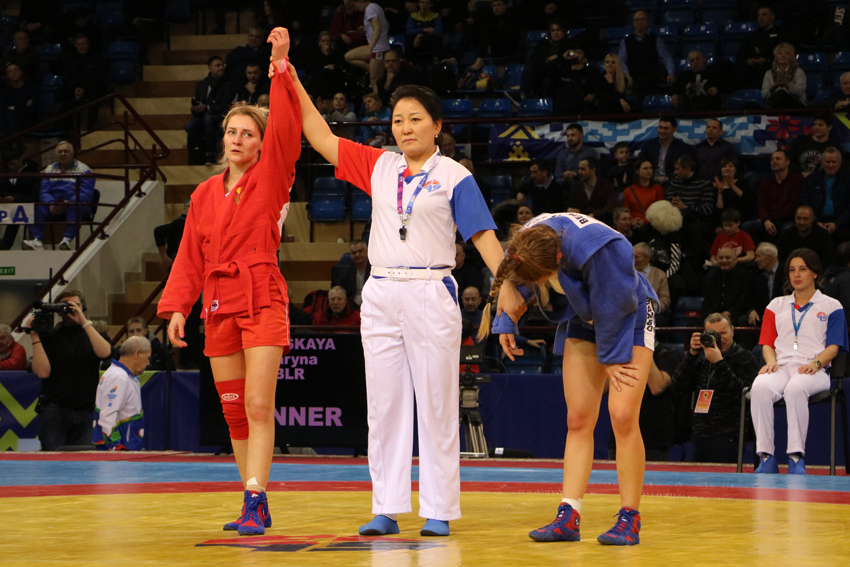 – They say that with age it is more difficult to get in shape and start the season. Do you feel it?

– For all athletes, the beginning of the season is difficult. It is necessary to lay a good foundation for the year. We have to be patient somewhere. For me, SAMBO is a favorite thing. This is what the soul lies to. There is a result, a desire to work on. By my example, I show children how to go towards a goal, achieve success.

– Daughter Alicia has been engaged in martial arts for 3 years and performs at judo and SAMBO tournaments. There were already victories in international competitions. So far, judo is closer to her due to the fact that in this sport you can make one throw on the “ippon” score and win ahead of schedule. In SAMBO, to win you need to perform two similar tricks. Son Artemy is engaged in martial arts for a year. So far, his trainings have a game character. 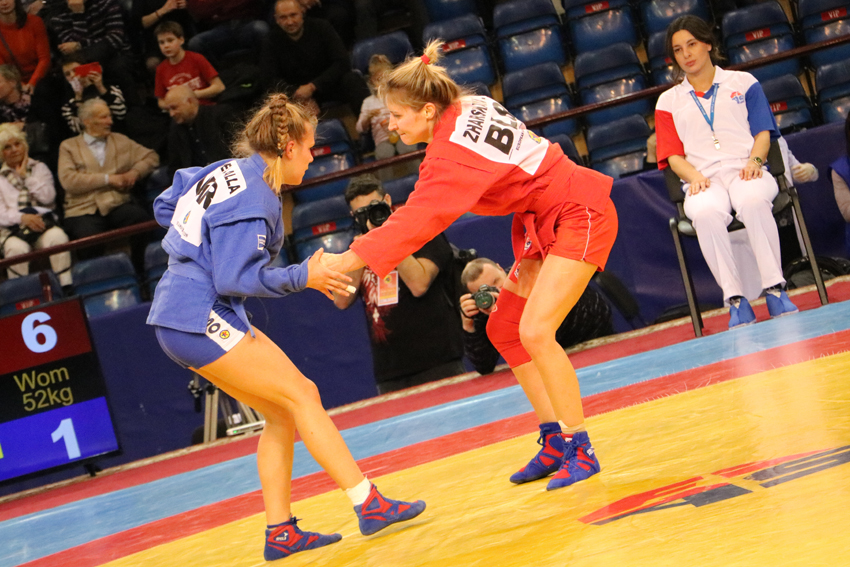 – Do children come to your competitions in Minsk?

– Of course. I hear their voices from the stands. And one feels: Alicia already understands something in the struggle and she has serious tips. Artemy mainly supports the words: "Mom, go ahead." Spouse, parents, friends are also in the stands and are very worried about me.

Based on info from minsknews.by