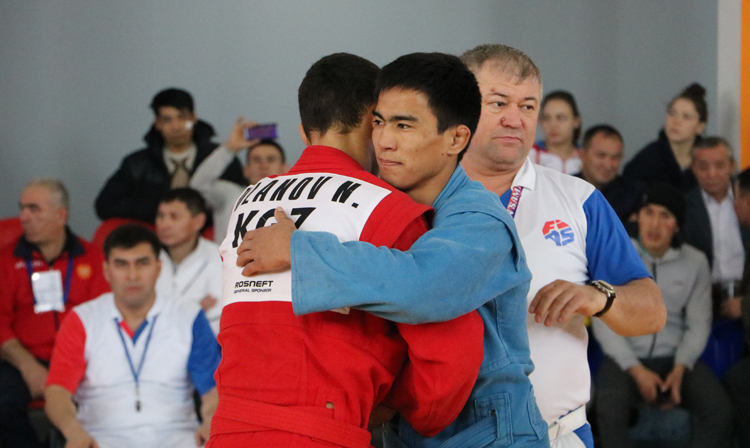 The International SAMBO tournament for the Prizes of the President of the Republic of Kazakhstan was held from November 30 to December 1 in the city of Nur-Sultan. Athletes from 13 countries competed for medals among women and men in sport SAMBO, as well as in combat SAMBO. The event was supported by the Rostec State Corporation and "Russian Helicopters" Company. The medal winners of the tournament's second day share their emotions and impressions in their interviews to the FIAS website.

Mariia BUIOK (Ukraine), a gold medal winner in the up to 52 kg weight category among women: 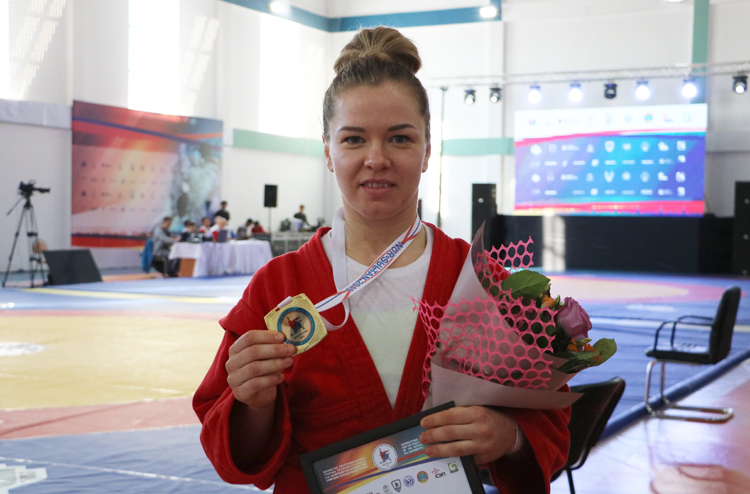 'I am very glad that I've taken first place in this tournament. True, I’m not entirely happy with my fighting in the finals, as I've made a few mistakes. When I get home, we will correct them together with my coaches. My goal for the tournament was to see how I feel myself at international competitions, to try some new throws. I managed to fulfill about 50 percent of what I was planning.

I participated in this tournament for the first time, and also it was my first visit to Kazakhstan. Right, I haven't seen much as yet, for our team was having a standard route, from the hotel to the hall, and back. But once the competitions are over, we would take a short walk around the city with the guys. And then we'll come back home and start preparing for the new starts. The closest one is the International SAMBO Tournament for the Prizes of the President of Belarus in Minsk.'

Gulfiia MUKHTAROVA (Russia), a gold medal winner in the up to 60 kg weight category among women: 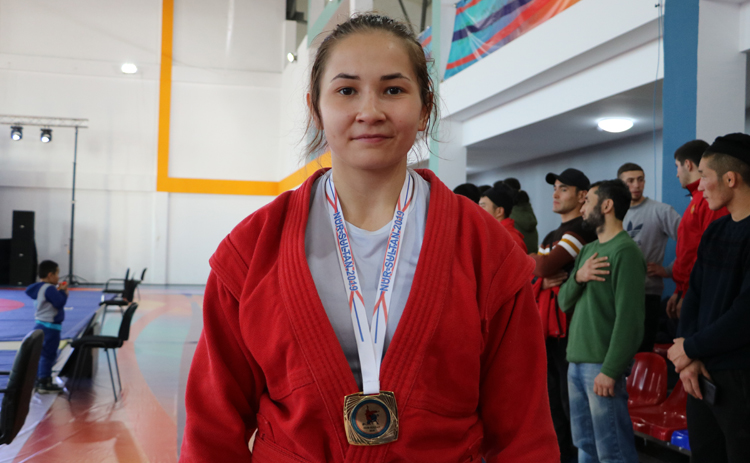 In the finals, my opponent was the Russian sambist Victoria Oster, we are friends, we communicate a lot, despite the fact that we live in different cities. We decided not to throw a coin before the finals but to compete in full force in order to determine the winner according to the sporting principle. We have known each other for a long time, both are experienced fighters on the ground, but each of us always has something to learn from the other.'

Tolegen NURGALIYEV (Kazakhstan), a gold medal winner in the up to 68 kg weight category among men: 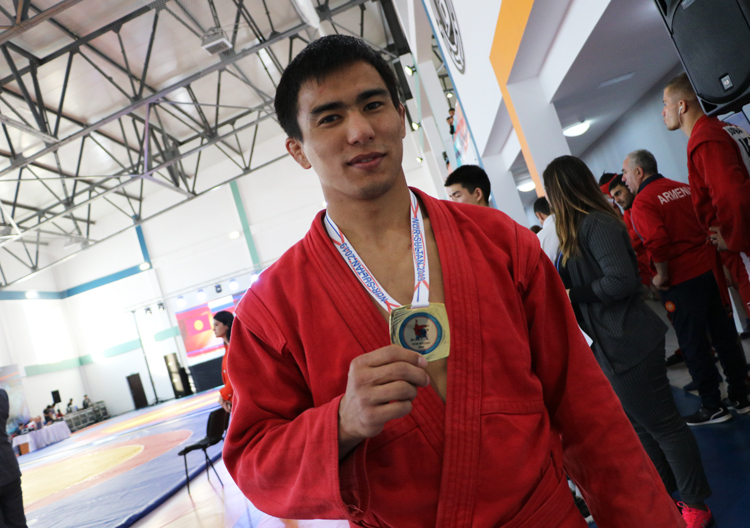 'For me, each fight of the tournament was very rough going, with all the rivals being strong and determined to win. I am glad that I've managed to win a gold medal, this is an important achievement for me. This is my fifth time participating in this tournament, and only this year I succeeded to win a gold medal. Now my plans are to perform at the Asian Championships and the World SAMBO Championships next year.'

Sheikh-Mansur KHABIBULAEV (Russia), a gold medal winner in the up to 68 kg weight category in combat SAMBO: 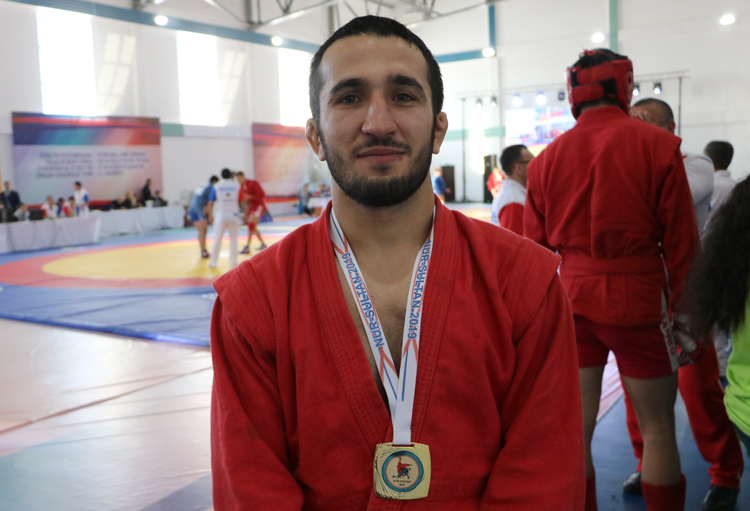 'Maybe it looks somewhat different from the outside, but to me all my opponents in the tournament were very strong indeed. The competition turned out to be anything but easy, yet, due to the correct preparation, I managed to score the win today. I wish to thank our whole team for the fact that everyone was working so cohesively. I would also like to thank the FIAS team for their work and the organizers of the tournament, the Federation of Kazakhstan, for the warm welcome and care we've been met with.

Now I’m thinking of watching through all my fights on video. I can’t say that I've performed perfectly, so it’s important to see where I missed a thing or two, what I could improve. I wish to see everything from the outside in order to identify my mistakes and put them right in the future. But on the whole, I have the most wonderful impressions of the tournament, I enjoyed the way the organizers hosted us, everything was just at the highest level.

Vahagn CHALYAN (Armenia), a silver medal winner in the up to 82 kg weight category among men: 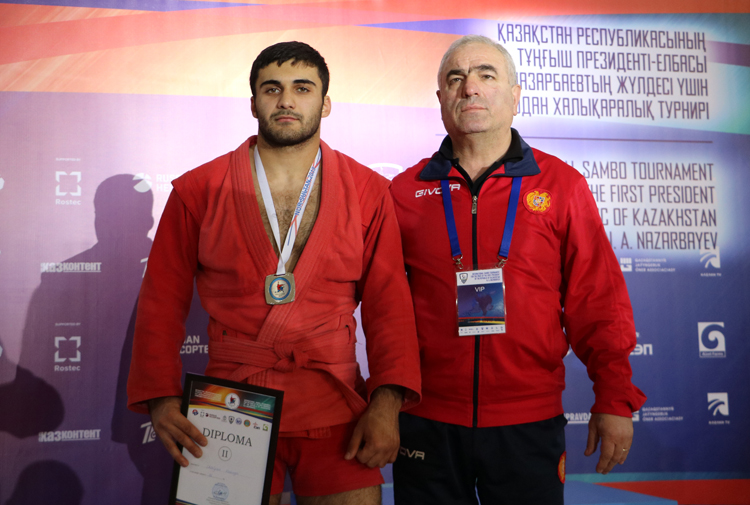 'We were preparing very intensely, practicing hard. Of course, we longed for the gold, but today we've got only the silver. This year, I ranked second at the European Championships and was willing to improve my result with the gold medal of this tournament. In the finals, though, I'd got a very strong, worthy opponent from Ukraine, Dmytro Stetsenko, and in the decisive combat I failed to win. Nevertheless, I wish to thank my coach, my parents and friends who help and support me at all times.

This is my third year partaking in this tournament. I scored the fifth, the third, and now the second. So there is progress, little is left to become the first. This year I'm not going to participate in tournaments anymore, but starting January, we will begin training and gearing up for the national Championships of Armenia. My ultimate goal for the next year is to take the gold at a major international tournament, either at the European or World Championships, or at an international A-category tournament. I've got a lot of silver medals, but there is no gold yet; and I really wish to hear the anthem of Armenia, standing on the medal stand.'