Pierce O'Callaghan: "Sambo has a good chance of being on the program of the next European Games" 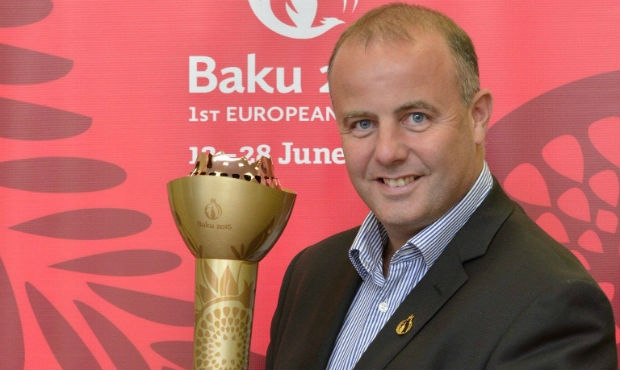 Pierce O'Callaghan, Director of Sport of the 1st European Games, was one of the busiest Irishmen for the 17 days of Baku 2015, since he was responsible for the success of the competitions in all sports. He was one of the originators of the idea of holding the 1st European Games, and moved to Baku with his family two years before the start of the competitions. On the day of the Sambo tournament, Pierce O'Callaghan was in the stands of Heydar Aliyev Arena and followed the fights closely. O'Callaghan shared his impressions of our favorite sport in an exclusive interview with FIAS.

"Every day during the games I have to choose which events I can attend in person, and which ones I can send assistants to. Today I decided to come and see the Sambo competition, and I'm happy with my choice. I've worked closely with representatives of the European Olympic Committee, and they strongly support Sambo. It's a great sport, and maybe in future we'll see it in the Olympics.

I'm very pleased that Sambo was included in the program of the European Games: the stands were already packed on the morning of the tournament, and in the evening there was a full house. The competitions are being held to a very high standard. The referees are working as a team, and the athletes are performing impressively and putting on a great show. As a representative of the organizing committee, I'm really pleased at the way everything is going."

You said that Sambo may become an Olympic sport. In your opinion, what does Sambo need to achieve this goal?

"The International Olympic Committee will have to decide that. As far as I know, Sambo has roots in the Soviet Union, so it's developed in countries that were formerly part of the USSR. Now I think Sambo should be more actively promoted in other countries around the world. I know the International Sambo Federation has set itself the ambitious goal of including Sambo in the Olympic program. A lot of professionals work for FIAS, and they're trying to develop Sambo in all countries. I'm convinced we need to continue working on this."

What you think are the advantages for Sambo of being on the program of the 1st European Games?

What are the chances of getting Sambo into the second European Games?

"That should be the decision of the European Olympic Committee, not mine. Personally, I think that Sambo actually has a good chance of being on the program of the next European Games. After watching the competitions, Sambo impressed me as a sport that could easily integrate into the European Olympic family."

Is there any certainty today about the future of the European Games?

"All of Europe has been following the first games, and based on the results, countries will decide whether they're interested in holding similar competitions at home. Several large cities have already expressed serious interest in the 2nd European Games. There are also an increasing number of countries that would like to hold a tournament but they still have some doubts. We're all seeing that this is an outstanding event, and I'm sure the European Games have a great future. Not all countries host the Olympics, but they're watching the athletes' performance at these Games closely."