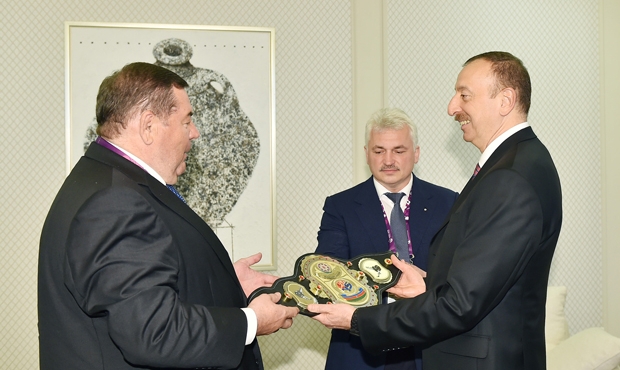 "Allow me to thank you for a great feast organized here. I was in Baku in 1974 and wasn’t able to recognize the city, - said Vasily Shestakov. - By the decision of the International Sambo Federation for your great contribution to the development of sambo in Azerbaijan and the world we hand you the championship belt. This is the second one of this type. The first one was awarded to the President of Russian Federation Vladimir Vladimirovich Putin. Thank you very much for the fact that thanks to you, sambo could participate in such major sports events."

Ilkham Aliyev thanked Vasily Shestakov for this high assessment of his work. 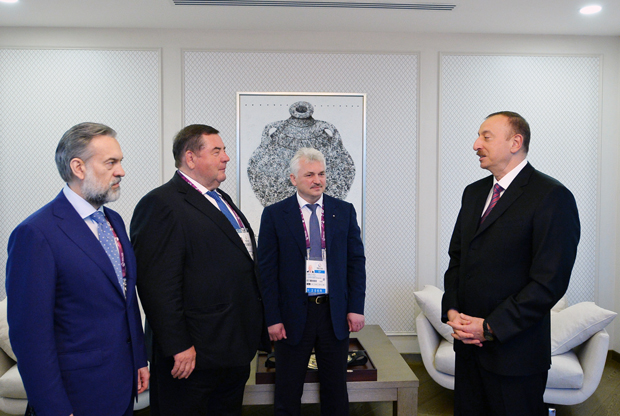 Vasily Shestakov stressed that Azerbaijan has a strong sambo school that is constantly evolving. He noted in particular a legendary athlete, seven-time world champion in sambo Jeykhun Mamedov who was awarded an order of gold "75 Years to Sambo" by the International Sambo Federation. Only 10 sambists in the world have ever received this award. 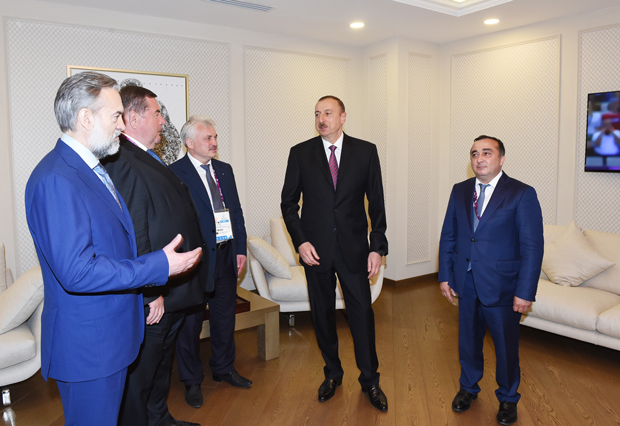 The Azerbaijani President said: "The European games are a way for sambo to the future program of the Olympic Games. This sport is very popular with us. I think there will be even more people joining sambo after this tournament. Today judo is an Olympic sport and attracts more and more young people and children who want to become Olympic champions. We will support sambo the same way."

"I hope that we have a great chance to get into the Olympic program after what you said," - said Vasily Shestakov.