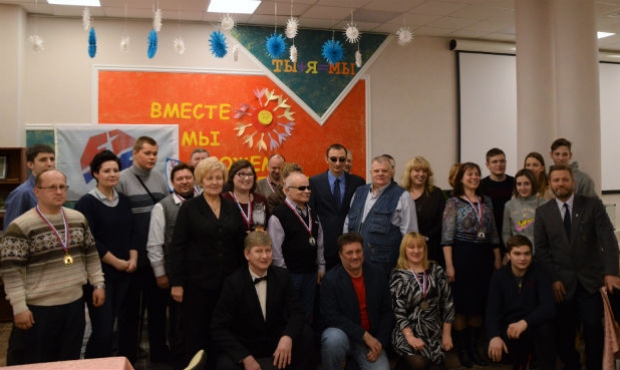 Five teams from Moscow and Moscow Region took part in the fourth open Intellectual Promotion of the Arts Cup intellectual game. The event took place on January 16 in the Russian capital. The participants were visually impaired and sighted players, and there was considerable focus on SAMBO among the game topics.

At the opening, a speech was given by Lydia Abramova, president of the Russian Blind Sports Federation. She noted the importance of such inclusive games, and also expressed the hope that every intellectual game will include several topics on SAMBO. This is a priority sport in Russia, and intellectuals must have full knowledge on the subject.

The word "art" is not present in the title of the intellectual cup by chance. The game begins by displaying "business cards". The teams show their creative turns and judges score the efforts of the participants. This is not very easy, as each team tries to surprise the audience and prove to be the most original.

After points for the creative turns are awarded, the most important part begins: the intellectual battle between the teams. The president of the Blind SAMBO Foundation, Natalya Novikova, directs the game, asking teams questions on a variety of topics. This year, participants had to demonstrate their knowledge on such subjects as SAMBO, sport, wrestling, World War II, film, weapons, etc. 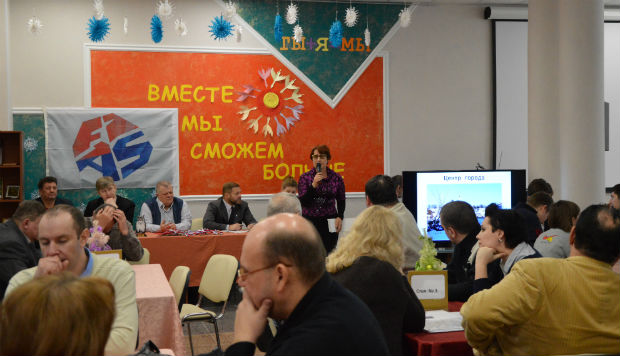 "The battle was quite heated and was just as entertaining as bouts of SAMBO athletes on the mats. There were disputes and heated discussions as the issues were complex and required a high level of erudition. And here, as in SAMBO, there was a strict time limit," said Roman Novikov, the head of the commission for blind SAMBO at the All-Russian SAMBO Federation.

The creator and producer of the Cinema for the Blind and Deaf charitable project, Lydia Andreeva, who watched the game, shared plans to make audio descriptions for films on SAMBO. The first on the list, she said, is Chistaya Pobeda (Clear Victory). The president of Global Taekwon-Do Federation of Russia, Sergey Toropov, who attended the event as guest of honor, expressed his high opinion on the game.

In turn, director Vadim Arapov, who was a member of the jury, was inspired by this game and the capabilities of the visually impaired, and plans to make a film involving the blind. When asked what the film will be about, he said it is still a secret, but promised that SAMBO athletes will definitely like it.

Incidentally, in addition to film director Vadim Arapov, the jury consisted of: poet, member of the Writers' Union of Russia, chief editor of the All Russia Association of the Blind magazine Nasha Zhizn (Our Life), Vladimir Bukhtiyarov, as well as the vice president of the Moscow SAMBO Federation, Viktor Ignatenko. And the winner of the final of the 2015 40th anniversary series of the game Chto? Gde? Kogda? (What? Where? When?), author of the Best Question of the 40th anniversary, and owner of the Diamond Owl, Vladimir Korvyakov, not only followed the discipline of the teams, but was an active participant in disputes between the members of the jury on the awarding of points. 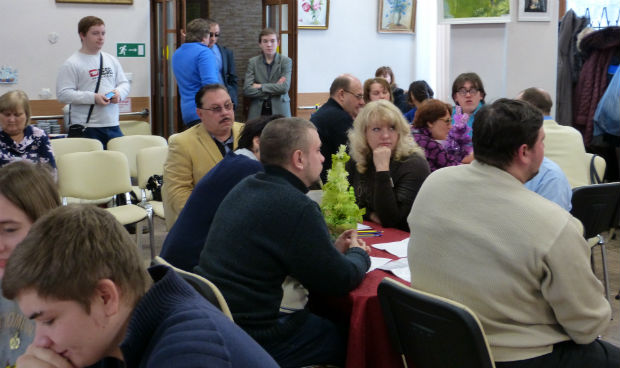 Evaluating such a game is particular and very hard work. For many, it is preferable to watch and empathize with the participants, rather than to interfere with the course of events. Honorary guest of the event, One Day in the Special Forces project manager Oleg Sviridov, expressed his willingness to contribute to the development of military and patriotic initiatives among the blind, and support them in every way. He also said that he has very close affinity to SAMBO and he himself has those skills, which have helped him in difficult real-life conditions.

"I myself as a young man went in for wrestling, and SAMBO is close to me. I am glad that visually impaired guys have mastered this form of wrestling. I am currently involved in the development of equestrian sport for the blind, and I train some of the blind SAMBO athletes. I hope that the number of SAMBO equestrians will only increase."

An exchange of views took place throughout the game, but was particularly intense during the coffee breaks. The participants got acquainted and communicated among themselves, and there were emotional discussions. After the break, they began the final part of the game.

"It was especially interesting to watch the intellectual battle between the visually impaired Lama team and Junior Board of North Tushino team. The intrigue continued to the last as to which of these two teams would take third place. By the way, the Lama team included visually impaired SAMBO athlete from Moscow Anya Kibalchich. She showed that SAMBO athletes can compete not only on the mat, but also in intellectual battles," said Roman Novikov.

Participants were presented with gifts with SAMBO logos, medals and diplomas from the Blind SAMBO Foundation. All participants were awarded souvenir bags from International SAMBO Federation (FIAS) and the blind winners were given films with audio description from Lydia Andreeva. The owl was awarded to the captain of the winning team, Gulnara Ryazantseva, by jury chairman Vladimir Bukhtiyarov and the head of the commission for blind SAMBO at the All-Russian SAMBO Federation, Roman Novikov. 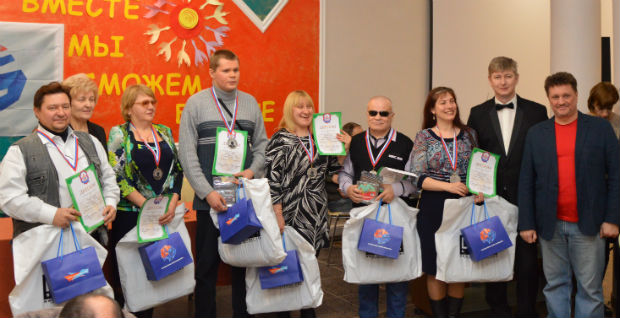 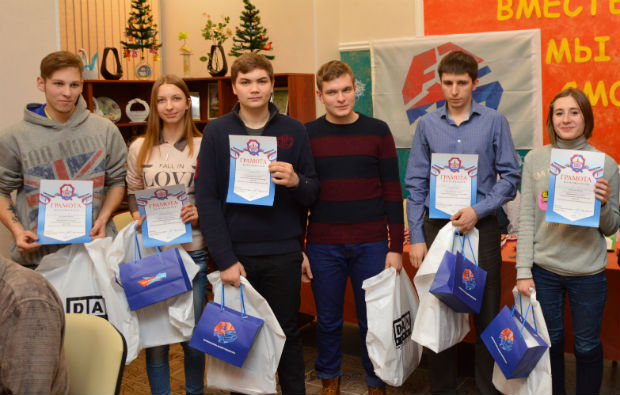 "The organizers of the intellectual game express their gratitude to the game sponsor, businessman and MMA wrestler Eduard Filbger. Special thanks went to the head of the labor and social welfare directorate of the North-West Administrative District of Moscow, Ilya Bestavashvili, for providing the hall for the intellectual game. Many thanks went to Dan Sport store for tangible discounts in purchasing gifts for the participants, and many thanks also went to Sergey Toropov for his help in preparing the award fund," said Roman Novikov. 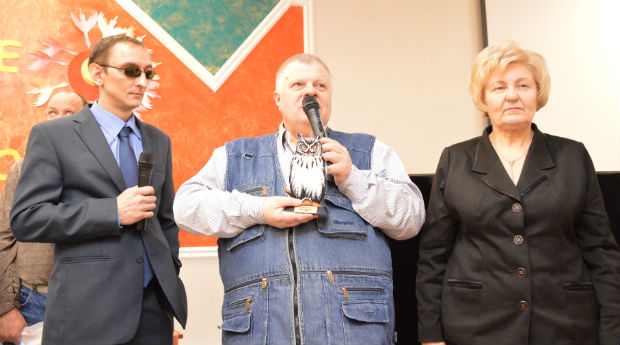 The organizers of the intellectual games were the Blind SAMBO Foundation, the Russian Blind Sports Federation, the Moscow SAMBO Federation, and the labor and social welfare directorate of the North-West Administrative District of Moscow.

Video clip from the last games