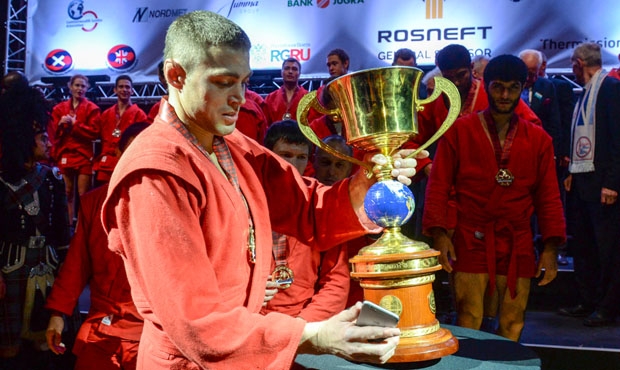 The President’s SAMBO Cup will be held in London on September 30. Eight national teams will take part in the tournament – teams of Russia, Great Britain, Cyprus, Holland, Mexico as well as two individual teams of England and Scotland, which were formed following the results of the national championships.

“The entry list has been determined, the venue is the sports complex of the University of East London, the center of the British basketball federation, which was built for the 2012 Olympic Games, - FIAS development director Andrey Moshanov said. - Also the participants of the «Grand Slam» combat SAMBO  tournament, which is traditionally held within the framework of the President’s Cup, have already been determined. There will be several very interesting SAMBO athletes in 4 weight categories with solid background in SAMBO and MMA”.

The “Grand Slam” tournament will be held in 4 weight categories (62, 74, 82 and 100 kgs). For this tournament Johnson Jajoute (the USA) – the medalist of the SAMBO World Cup, Matthew Colquhoun (Jamaica) – the winner of several MMA tournaments in the USA, as well as the medalist of Pan-American SAMBO Championships Guillermo Torres Cervantes (Mexico), who is also the winner of several MMA tournaments, have already submitted their entry.

“The idea to hold The President’s Cup in various parts of the country and in various towns worked 100 per cent, - Andrey Moshanov said. – The tournament is always attended by a large number of spectators, and most importantly that after the tournament usually one if not two SAMBO clubs appear in the hosting towns”.

According to his words, this year East London was chosen as a venue for the President’s Cup for a reason.

“It’s famous for its sporting potential, since many famous British sportsmen were born and got a feel for sports exactly in this place. There are the largest gymnastics center, stadiums, a boxing school and, of course, a famous basketball school in East London. We definitely plan to run a SAMBO club in this place in the nearest future”, FIAS development director stated.

For the first time the idea of hosting the President’s SAMBO Cup was suggested by President of the British Commonwealth SAMBO Association Lord Simon Reading at the meeting between Russia’s President Vladimir Putin and the leaders of modern world SAMBO in March 2013.

“Format alteration of this tournament for club teams may encourage further development of SAMBO in those countries, where clubs are the basis of the national sport structure”, - said Andrey Moshanov.