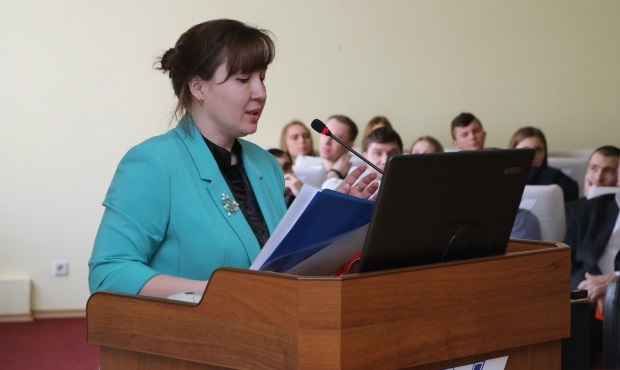 Today, February 16th, the 26th Russian International research-to-practice conference entitled “The Integration of Science and Sport Practice in Martial Arts” took place in Moscow. It was devoted to the memory of the famous sambo patriarch, professor, Honored Master of Sports and Honored Coach of the USSR Evgeniy Chumakov. On this day the sport scientific aspects of sambo were discussed at the Russian State University of Physical Education, Sport, Youth and Tourism (RSUPESYT).

The discussion was long- having looked at the present posture of affairs from different angles, participants of the conference started delving into the previously unknown past and managed to outline the future of sambo. As per tradition, the major part of the conference was made up of young scientists` speeches. However, the term “young” may be deceptive since the speeches were given by both graduates and highly experienced coaches with their own unique methods. It was essential for each of them to try and see seemingly locked-down ideas in a new light, or study such an aspect of martial arts that had never been thoroughly analyzed.

The following are just a small sampling of the matters discussed at the conference: sambo as an effective Russian brand, implementation of sambo exercises into training programs for young football players, statistics of hold (technique) efficiency at sambo world championships, tools for the promotion of sambo among the targeted audience and increasing the general number of athletes at sambo and MMA venues.

Evaluation of research studies was conducted based on a number of aspects: importance, novelty, authenticity, validity, presentation (a report or a speech), answering questions and contribution into the development of theory and methodology of sambo and combat sports. As the result, a representative of the RSUPESYT Elena Lomakina got the best grade for her report “Modern trends for improving the system of physical education of school pupils (the case of sambo).”

“There were many peer reports at this year’s conference,” said the main organizer and mastermind of the conference, executive director of FIAS Sergey Tabakov.  “In a sense, this is due to the fact that many of the speakers have already made speeches at our conferences on several occasions, and their research studies have been in progress for a long time. I think some of today’s speakers are going to defend their own theses in the near future.”

Sergey Tabakov also pointed out some interesting and unexpected studies, including several controversial ones.

“In any case, the participants had a chance to get acquainted with each other and listen to each other’s speeches. They got experience in discussing ethics, got the idea of how you should act to keep cool and control yourself. It was some kind of a training session for proper behavior at a scientific contest,” said Tabakov.

He also pointed out that Evgeniy Chumakov (this traditional conference was held in his memory) had worked for the university for almost 50 years.

“His main activity was training the university staff, i.e. its lecturers, administration and coaches… So, the main idea of the conference is the training of academic staff and providing an opportunity to share their achievements. This is the path we must follow,” said the executive director of FIAS.

The first part was an actual scientific contest, while the non-competitive part included a speech by a famous historian Alexey Gorbylev, which was a most exciting journey into the past. During the speech the participants and audience of the conference learned many little-known facts about Vasiliy Oschepkov’s training in the Kodokan judo school in Japan.

If you didn’t have a chance to visit this significant event, you can still look at the texts of the speakers’ reports, as well as at the out-of-competition studies by scientists and specialists. The conference results will be summed up in a collection of electronic articles that will soon be available for download on the RSUPESYT and FIAS websites.