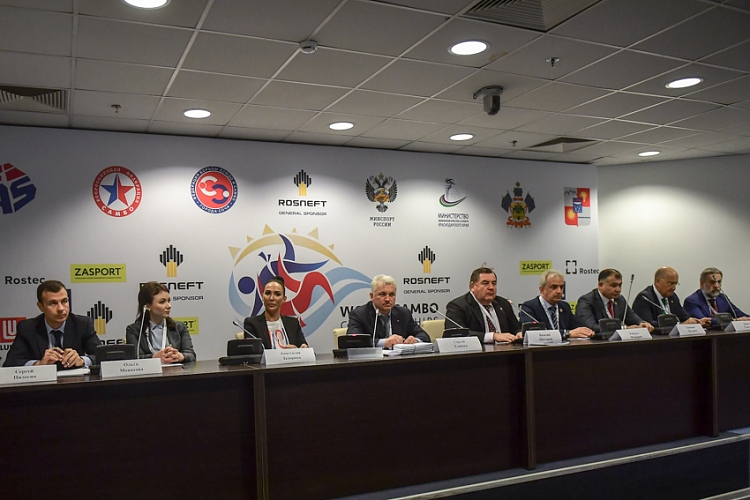 On the 10th of November the press conference on the forthcoming World SAMBO Championships was held at the Iceberg Skating Palace in Sochi. 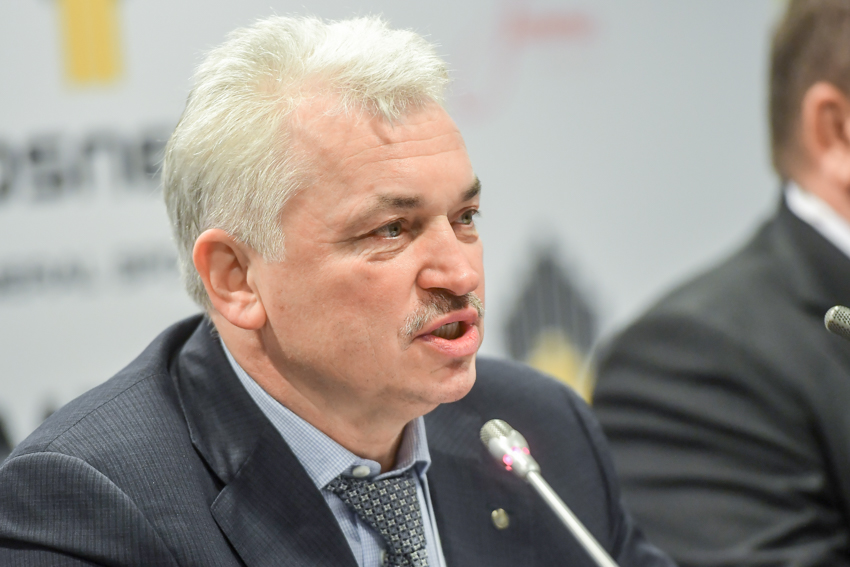 Sergey Eliseev acted as a moderator of the press conference. He announced that athletes will compete for prize-winning places in nine weight categories in Men’s and Women’s Sport SAMBO, as well as in combat SAMBO. In total, he summed up, 27 sets of medals will be up for grabs.

The head of FIAS Vasily Shestakov told the attendees about increasing popularity of SAMBO over the globe, having stressed the fact that athletes from 90 countries would take part in the forthcoming World Championships, with live broadcast of fights covered by TV companies from 17 countries, which is a new record for SAMBO.

«Not even every Olympic sports can boast such achievements», noted Shestakov. 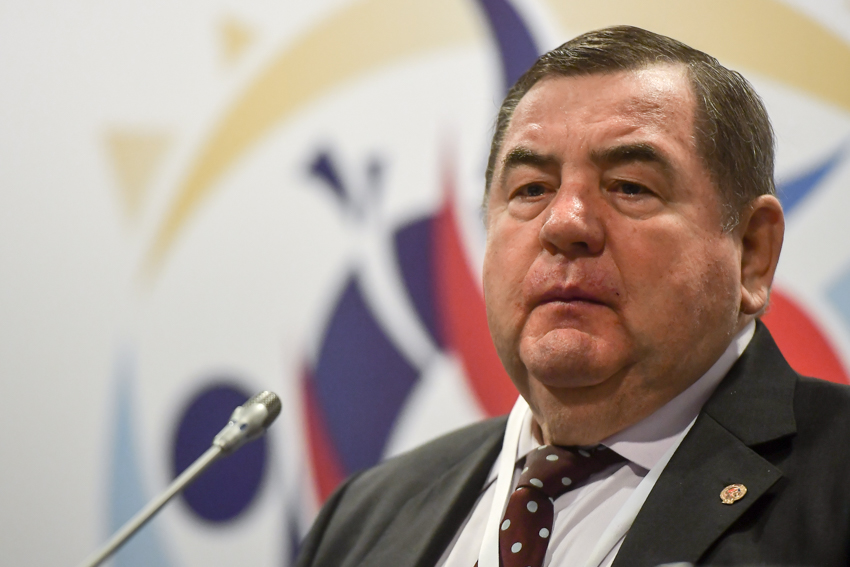 FIAS President added that, in his view, and also in opinion of a number of experts, SAMBO appears to be one of the most spectacular sports today. He also pointed out the symbolic significance of Sochi, host city of the 2014 Winter Olympics, as the venue for the World Championships.

«I believe that the day when SAMBO becomes an Olympic sport is on the horizon. So far, we have submitted an application to the Olympic Committee and met virtually all the IOC requirements, so we are looking forward to gaining acceptance before long», concluded FIAS president.

«We effectively cooperate with such a major international organization as WADA (World Anti-Doping Agency) which appreciates our anti-doping efforts, since FIAS takes doping tests at each major competition and carries out educational seminars on anti-doping issues on a regular basis », added Shestakov.

FIAS president had drawn the media attention to the fact that today SAMBO is present at practically all major multi-sport events. 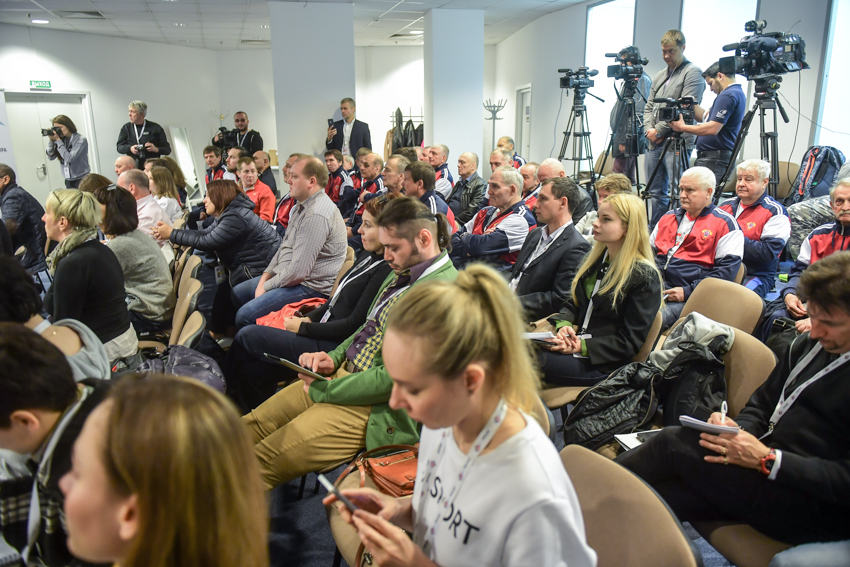 Mr. Shestakov also noted that SAMBO is the only non-Olympic sport that is included in the program of the 2017 Central American Games in Managua, Nicaragua.

In conclusion, Vasily Shestakov thanked the event organizers represented by the Ministry of Sports of the Russian Federation, Krasnodar Krai administration, and mayor of Sochi for high standards of the event maintenance. He also expressed his gratitude to the general sponsor of the tournament, the Rosneft Oil Company, and personally to Igor Sechin, its Executive Chairman.

Roberto Ferraris, FIAS General Secretary, noted that at present SAMBO is being actively promoted in 120 countries, besides that, all age groups are involved. 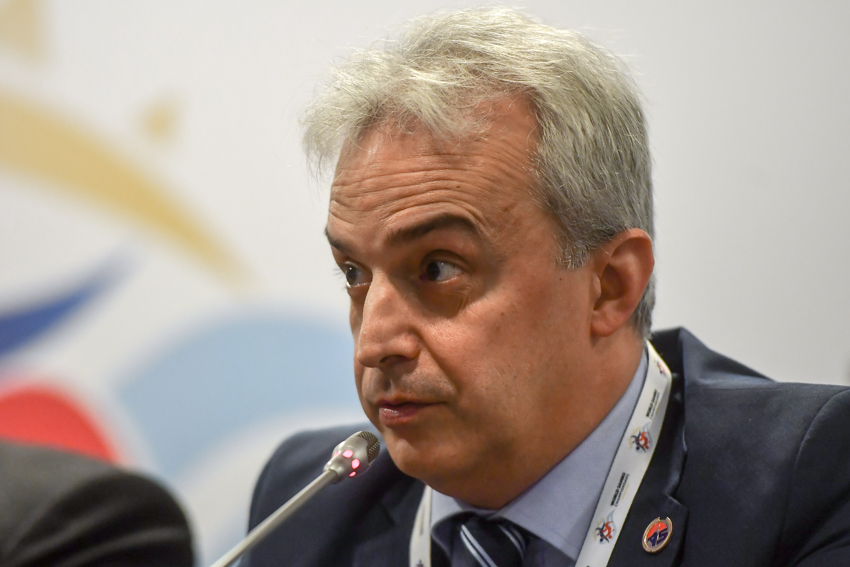 «SAMBO is expanding at schools and universities in Europe, Asia, and Africa. Viewing SAMBO as a real family, with its little ones, the young and the elders, is evidenced by the mere fact that the veterans are here with us today», concluded Ferraris.

Dalil Skalli, President of the African SAMBO Confederation, said that the expansion of SAMBO in Africa had started from Morocco. 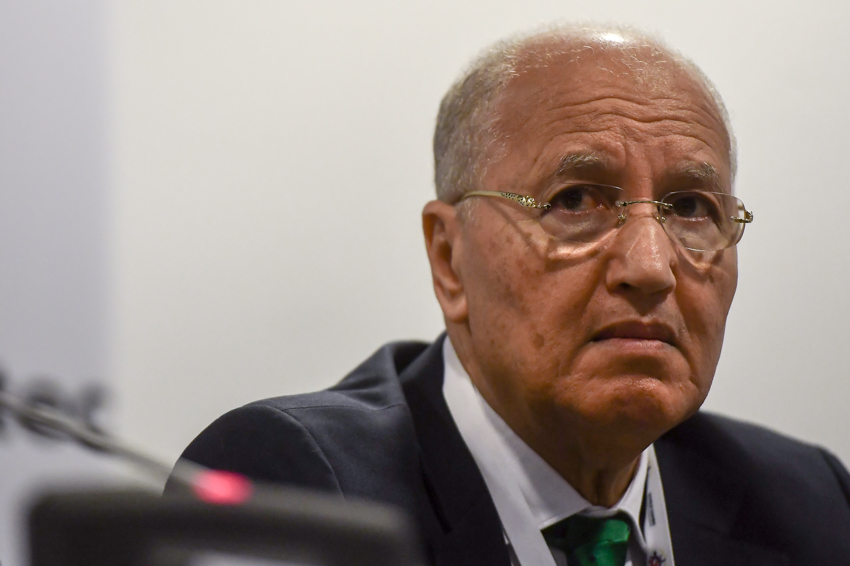 «Later, Algeria and Cameroon joined us. Today, owning to the efforts of FIAS and Mr. Shestakov, SAMBO is being developed in over 35 countries of the African continent», summed up Skalli.

Alamzon Mullaev, President of the SAMBO Union of Asia, told the journalists that apart from sport and combat SAMBO, the Asian continent develops beach SAMBO. 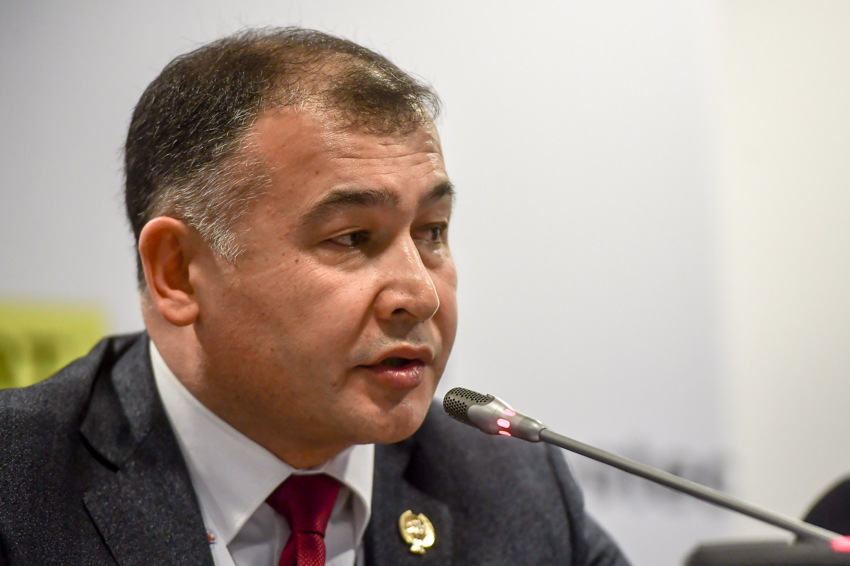 «We launched such trend as beach SAMBO for the first time during the Asian Beach Games at Phuket, Thailand. And what was most important, of 15 participating countries 12 were medalled, which signifies an equally high level of athletes», noted Mullaev.

He also said that the dream of the whole Asian SAMBO family had come true this year, with SAMBO having been included in the Asian Games that would be held in Indonesia.

Sergei Pilosian, the Head of the Department for Physical Training and Sports of Sochi, concluded the conference. He expressed his gratitude to FIAS President Vasily Shestakov for the federation’s decision to choose Sochi as the venue for the World Championships. Sergei Pilosyan also noted that he is proud of the Sochi Federation of SAMBO, and hopes for a speedy acceptance of SAMBO as an Olympic sport. 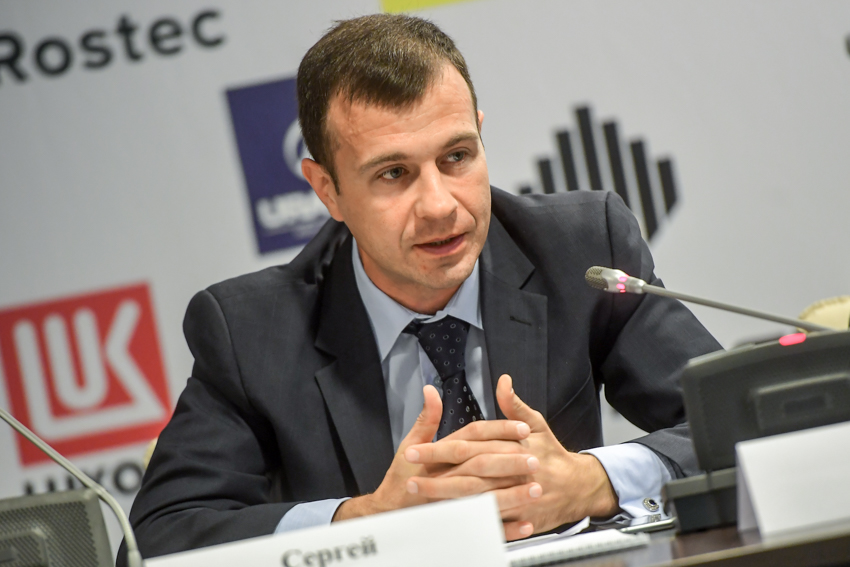