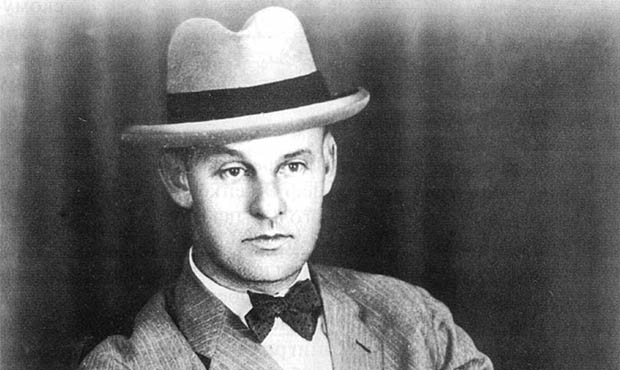 A commemorative evening in memory of Vasily Oshchepkov, the first resident agent of Soviet military intelligence in Japan, and the founder of the national system of self-defense without weapons (SAMBO), was held on Thursday at Moscow’s Butyrka Prison.

Oshchepkov was born in the family of a convict and exile on Sakhalin and died in October 1937 in Butyrka Detention Center No. 2. There were about 170 people in each cell, and the total number of prisoners was nearly 20,000.

Among those attending the evening organized as part of the project “Names of the Past. Stories of Butyrka Prison" were general manager of the Russian national judo team Italian Ezio Gamba, Executive Director of the International SAMBO Federation (FIAS) Professor Sergey Tabakov, athletes and famous judo and SAMBO coaches.

The guests had a chance to view unique materials from Oshchepkov’s life, including stills showing him on the wrestling mat, and an exhibition of archive materials meticulously collected by the son of Andrei Budzynski, the winner of the first USSR championship and two-time SAMBO champion of the USSR.

Oshchepkov was orphaned in 1904, and the following year, after the transfer of South Sakhalin to the Japanese in 1905 under the terms of the Treaty of Portsmouth, he went to study on the island of Honshu, Japan. Starting in September 1907, he studied at the Kyoto Theological Seminary of the Orthodox Mission established by the future St. Nicholas of Japan.

Judo classes were taught at the seminary, and after becoming the best judoka of the seminary, Oshchepkov was admitted to the entrance examinations and was accepted at Kodokan Judo Institute in Tokyo founded by Jigoro Kano. He became the first Russian to receive second dan in judo.

Oshchepkov worked for a long time as a translator in counterintelligence. In 1914, he founded Russia's first judo section in Vladivostok, which lasted until 1920. Creating SAMBO became Oshchepkov's life work. His system of self-defense techniques became part of the first Ready for Labor and Defense (GTO) fitness program in 1931. Thanks largely to Oshchepkov, SAMBO and Judo are popular sports to this day.

The most important thing is not to forget

Ezio Gamba, general manager of the Russian national judo team, confided at the end of the evening that he was pleasantly surprised by this memorial to Oshchepkov. "I’m honored to be present at this event,” Gamba said. “I’d heard about Oshchepkov from my Russian colleagues, but now I’m just amazed by the respect and reverence you feel for the memory of this genius, who lived so long ago. This is the right attitude. The most important thing is not to forget your past.”

SAMBO, whose foundations were laid by Oshchepkov, is now one of the most popular sports in Russia. In addition, as Russia's national sport, SAMBO is seeking to become part of the Olympic program. A FIAS team headed by Vasily Shestakov is working with the International Olympic Committee (IOC) on this matter.

"In our country, SAMBO is already included in the GTO program,” said FIAS Executive Director Sergey Tabakov. “While we were preparing materials for the inclusion of our sport, we were amazed that Oshchepkov’s documents that we found in the archives are still relevant today, despite the great difference in time. As coaches, we try to carry on with the foundations he laid.”

At a meeting of the Council for the Development of Physical Education and Sports in early October 2016, Russian President Vladimir Putin said that every effort must be made to have SAMBO recognized as an Olympic sport.