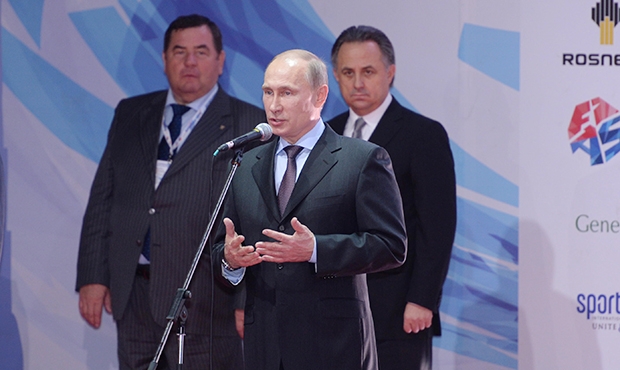 Every effort must be made to have SAMBO recognized as an Olympic sport. TASS reports that Russian President Vladimir Putin, who is Honorary President of FIAS, made this announcement today at a meeting of the Council for the Development of Physical Culture and Sport in Vladimir Region.

“SAMBO is one of the contenders for recognition by the International Olympic Committee, and we must use every opportunity to include this popular and spectacular martial art in the Olympic program,” the President said, emphasizing that it was a difficult and lengthy process, “but we need think and talk about this.”

Vladimir Putin spoke at the International Sports Forum Russia – A Sports Power today, and then visited Day of SAMBO festival in Vladimir Region, where he watched young athletes taking part in training exercises. They told Putin about various training programs and SAMBO disciplines presented at the festival, for example, defense against an armed criminal.