7 reasons to closely follow the African SAMBO Championships in Cameroon 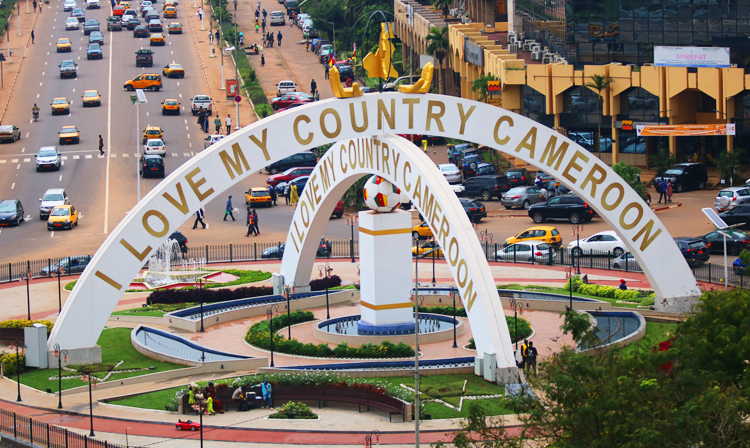 The African SAMBO Championships will be held in the capital of Cameroon, the city of Yaoundé. Competitions in Sport and Combat SAMBO will be held on July 16-17, the Beach SAMBO championship is scheduled for July 18. The strongest sambists of the continent will take part in the tournament – one representative from the country in each weight category. The general partner of the tournament is Rosneft oil company. The FIAS website presents at least 7 reasons to closely follow the African SAMBO Championships 2022 in Cameroon.

The Continental SAMBO Championship will be held in Cameroon for the second time in history. This happened for the first time in 2014 and brought a huge success to the host country – the Cameroon team took first place in the team standings. That achievement was an important impetus for the development of SAMBO in the country, after which Cameroonian sambists conquered new heights, becoming winners and the first ever African world SAMBO champions. 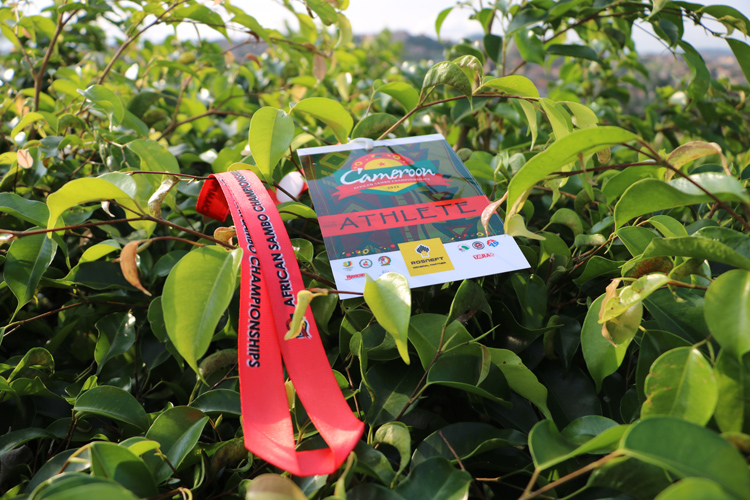 2. Wide geography of participants and first fights of debutants

Applications for participation in the competition were submitted by the teams of 15 African countries, among which there are both favorites and absolute newcomers to the continental championship. Sambists from such countries as Algeria, Angola, Burkina Faso, Cameroon, CAR, Côte d'Ivoire, Djibouti, Egypt, Guinea, Mali, Morocco, Niger, Nigeria, Republic of the Congo and Togo.

The Togo team will perform at a tournament of this level for the first time and will try to surprise their venerable opponents. Whatever the result of the performance of the debutants, they are guaranteed to gain participation experience, which will allow them to move on and develop SAMBO at the national level.

3. World Champion at the African Championship

The world SAMBO star Seidou Nji Moulu will perform at the tournament as part of the Cameroon national team. It was he who in 2020 became the first African sambist to win the world title. He had no equal in the weight category up to 100 kg among men in Combat SAMBO. On the eve of the start of the tournament, Seidou celebrated his birthday and now he will probably want to give himself and his loved ones a memorable gift in the form of a gold medal of the continental tournament. 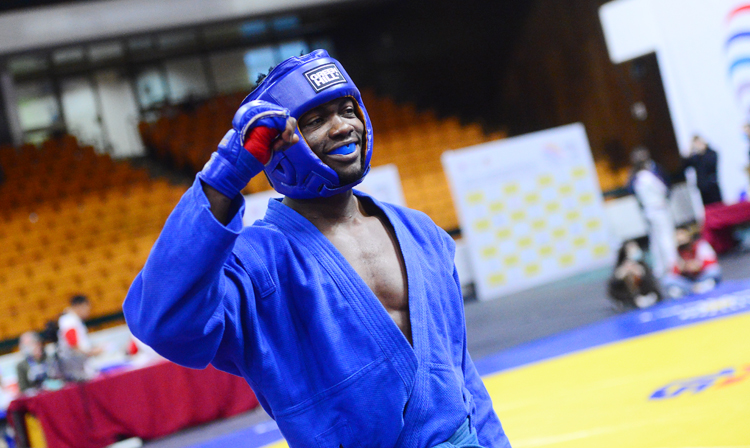 The national team of Cameroon is, perhaps, the main favorite of the tournament in all disciplines. Playing at the home arena with a full squad, the Cameroon Lions will make every effort to leave as much gold as possible in the country.

However, some trendsetters of African SAMBO have their own plans for the medals – sambists from Morocco, who do not intend to lose in any of the weight categories in which they will be represented.

And, of course, a large Egyptian team came to Yaoundé not for tourism purposes. Athletes from the country that hosted last year's African Championships are motivated to the maximum to fight for medals and at least repeat their previous achievements.

Add to this the lurking underdogs from other countries, who have been preparing for a whole year to make a bright statement at the upcoming tournament, and we will get the most intense and exciting fight for the championship medals. 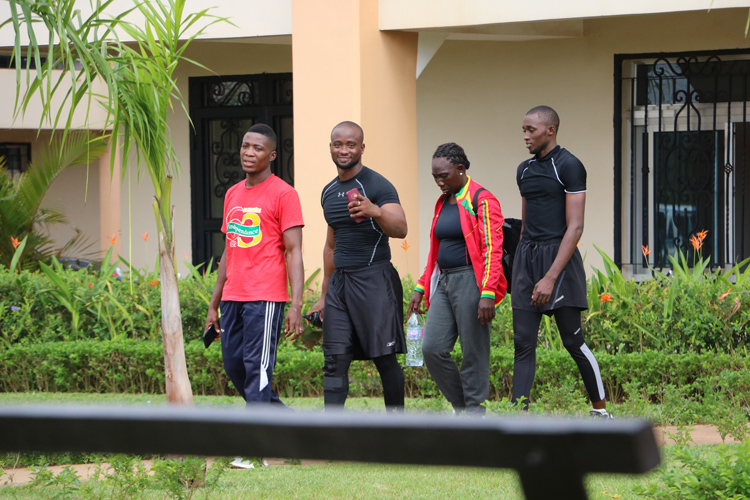 5. Beach SAMBO as preparation for the World Championships

The weather in Yaoundé during the days of the continental tournament is as conducive to Beach SAMBO competitions as possible. Comfortable air temperature and light cloudiness, coupled with a refreshing breeze, create the right atmosphere for outdoor wrestling. After two days of bouts on SAMBO mats, the participants will move to the sand, where they will fight until the first effective technical action in the Beach SAMBO tournament. For some of them, this will be a stage of preparation for the World Beach SAMBO Championships, which will be held in Israel at the end of August.

Cameroonian SAMBO is widely known not only for its sporting achievements, but also for the powerful support of sambists at all tournaments. And if at international competitions outside their homeland, their own teammates arrange noise support for the athletes, then in Yaoundé they will be joined by hundreds and thousands of fans in the arena.

The organizers will try to make sure that there are maximum spectators in the hall. Posters with the announcement of the championship are pasted around the city, and several cars run from the loudspeakers inviting all SAMBO lovers to the Yaoundé Multisport Sports Complex for the African SAMBO Championships. It is expected that there will be a lot of noise, songs and dances. 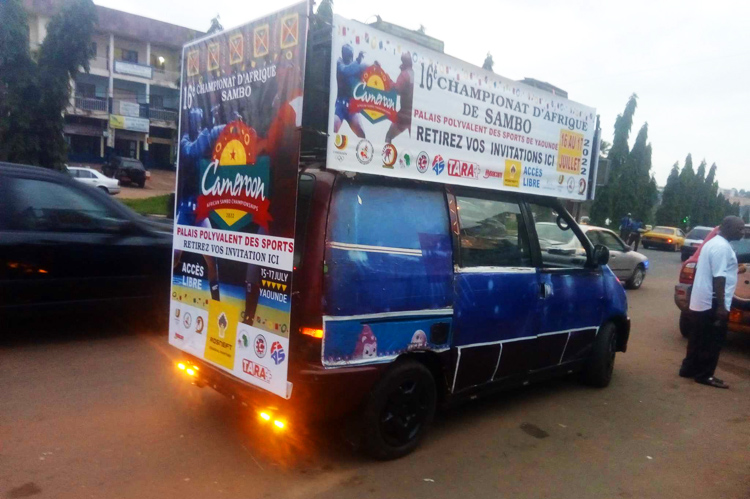 It will be possible to follow fights not only in Cameroon, but anywhere in the world where there is Internet. The live broadcast of the African SAMBO Championships 2022 will be held on the FIAS website.

*Schedule based on Yaoundé time zone 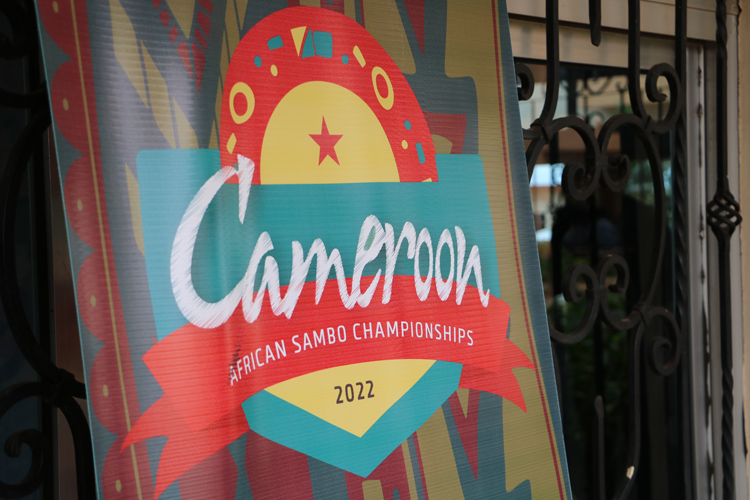