What happened prior to the Pan-American SAMBO Championships in Colombia 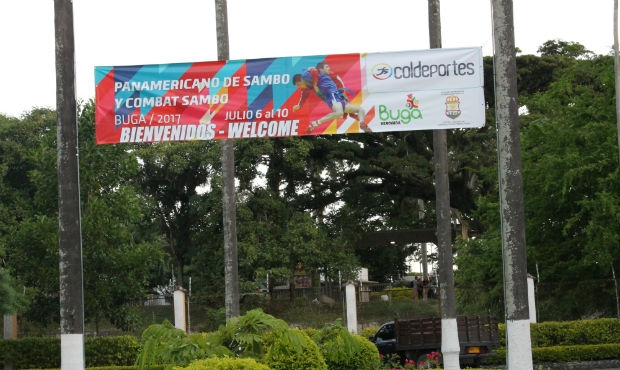 Today, on July 8, in the Colombian city of Guadalajara-de-Buga the Pan-American SAMBO Championships start. SAMBO athletes from two continents will compete for the title of the strongest on SAMBO mats in the “Coliseo Alvarez Ospina”. The events before the start of the tournament are covered in FIAS website’s review.

The meeting of the national SAMBO Federations

Representatives of 22 Pan-American national federations held a meeting, where actual issues and plans on SAMBO development on the continent were discussed. Presidents and representatives of the teams expressed their opinions on various subjects and shared their views concerning SAMBO perspectives on both continents.

For the first time ever in the history of the Pan-American Championships, before the start of the tournament seminar for referees under the guidance of internationally certified referee, chief referee of the Pan-American Championships Carlos Gomez, was held. Following the results of the seminar, exams were held and referees, who passed them, got certificates of continental level. 17 people obtained such certificates.

FIAS CEO Michal Buchel held anti-doping seminar for coaches and teams’ representatives. During the presentation he addressed a range of issues concerning anti-doping fight in sport and marked the importance of educational work in this direction with the youth. About 30 people, representing 16 countries, took part in the seminar, which appeared to be the third one, organized by FIAS.

During the several days before the competitions in the “Coliseo Alvarez Ospina” arena active preparation for competitions was held. Before the start the arena was completely ready for the tournament and fit the bill of the continental championships. About 150 sportsmen from 22 countries will take part in the competitions. Online-broadcasting of the tournament will be available on FIAS website and FIAS page on Facebook.

Municipality of Guadalajara-de-Buga hosted a solemn meeting, in which the mayor of the city, as well as presidents, delegates and representatives of national SAMBO federations took part.