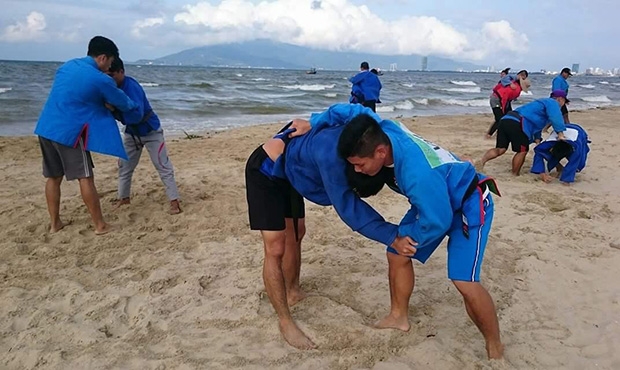 FIAS Executive Director Sergey Tabakov arrived in Vietnam just before the start of the SAMBO tournament during the Asian Beach Games in the country. At the invitation of the Vietnam SAMBO Association, he held seminars for athletes and coaches and inspected the site on the beach in Da Nang where the competitions will take place. Find out who got the most out of the seminars, why SAMBO fascinated local coaches and what kind of holiday we can expect in the near future right now on the FIAS website.

Participants in the upcoming Asian Beach Games in Vietnam must be prepared for high temperatures and equally high humidity. To fight in such conditions, you either have to be used to it or have greater endurance. Local athletes feel comfortable in these conditions, so they have some home advantages. The workshops held by Sergey Tabakov were designed to increase the number of these advantages.

Athletes with experience in performing judo who just recently discovered the world of SAMBO form the backbone of the local team. However, some of them have already been able to achieve success in the new sport. For example, Nhat Thong Huynh won a bronze medal this year in the weight class up to 62 kg at the Asian SAMBO Championships in Turkmenistan.

"I noticed this athlete even in Ashgabat. At the time, he was close to the final, but he really didn't have enough experience of competing in SAMBO tournaments. But even then, I noted his elegant attacks. I think he will prove himself honorably in the beach SAMBO tournament," Tabakov said.

In fact, Nhat Thong Huynh was an assistant of Executive Director of FIAS. Sergey Tabakov demonstrated some of the finer points of SAMBO techniques on him. He had to withstand a large number of throws and just as many painful holds that were demonstrated during training.

"Of course, it's impossible to teach something fully and make radical changes in athletes' techniques in 4 days. My goal was to identify strategic lines and focus on points that needed special attention, in order to minimize the difference with experienced sambists in the class," Tabakov said.

He explained that some techniques that are banned in judo are not only allowed in SAMBO, but also required. That is why it was so important for the Vietnamese athletes to know where to expect trouble from experienced sambists and how to defend against them. According to Tabakov, the lack of skills is clearly evident in combat conditions. Therefore, members of the Vietnamese national team need to devote the remainder of the month before the start of the tournament to working on these skills.

The seminar was held for athletes in several locations. Theoretical classes and practice of some techniques took place at the local Institute of Physical Education, while direct training for the beach games took place right on the coast. There were also competitive training exercises that allowed the athletes to reinforce their knowledge and apply it in practice, and the referees to show their readiness for working at the tournament. 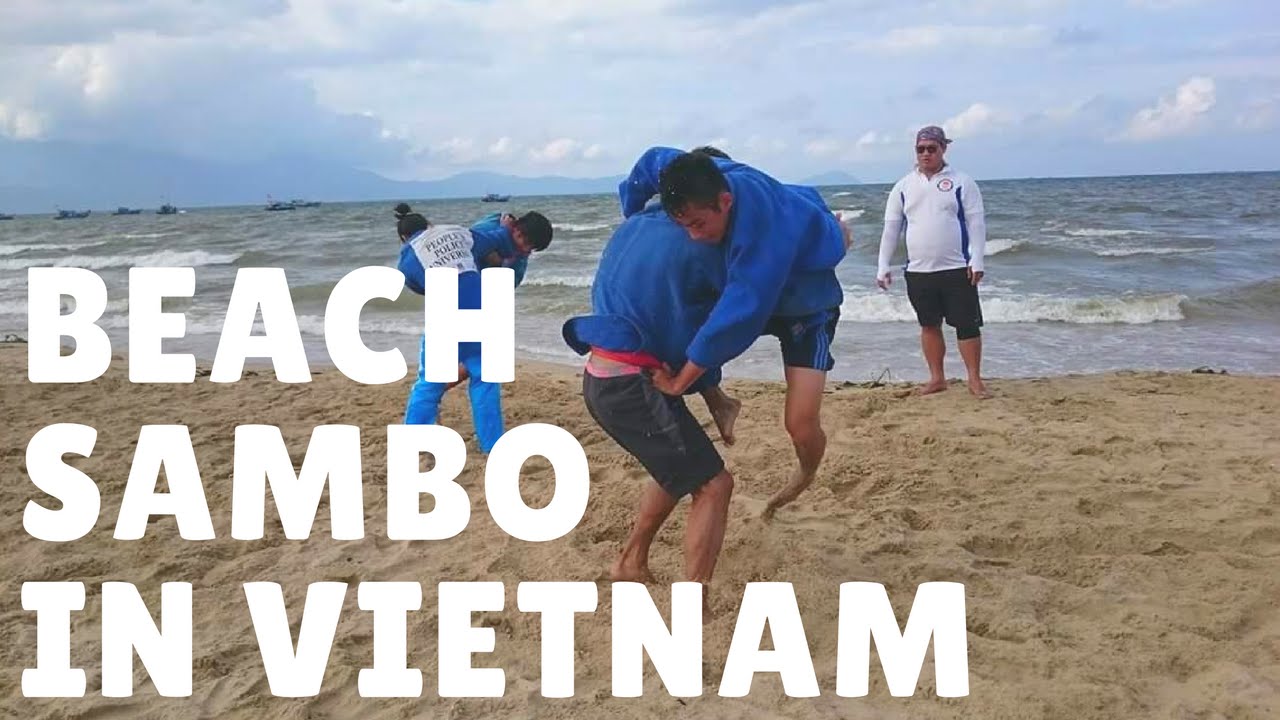 The Vietnamese instructors also gained the knowledge they needed. Twelve representatives from various provinces of the country participated in the seminar for coaches. Theory alternated with practice, and at the end, the coaches not only received participation certificates, but also left a lot of rave reviews about SAMBO, making special note of the wide range of techniques of this martial art.

With regard to preparations for the Asian Beach Games, the organization of the tournament promises to be first class. At present, bleachers with 5,000 seats are under construction on the beach in Da Nang, and the space for the opening ceremony of the tournament is being organized. The arena where the sambists will compete is very close to this central location.

"I felt very positive after the inspection of Da Nang. I can say that reality even exceeded expectations. It's a great city with great infrastructure and experienced organizers — all the indications are that the Games will be held at a high level," Tabakov says. "About 180 participants from 23 countries have already sent in applications to compete in the SAMBO tournament. Now, less than a month before the start of the competition, I'm waiting for the holiday we'll all have in Da Nang."