European games in Baku: just a few hours left till the start of the sambo tournament. Part 1 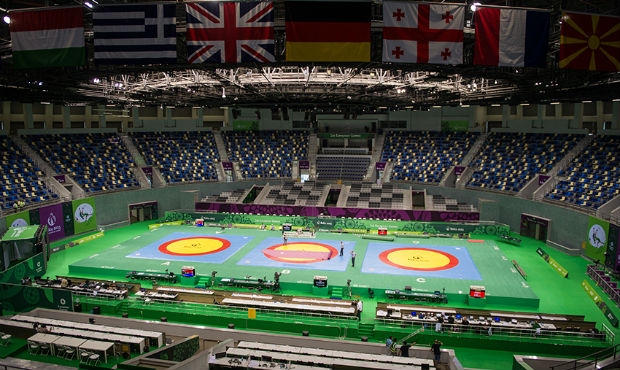 The first European Games in history. Sambo is in the program of the tournament among 20 other sports, 16 of which are Olympic. 8 weight classes, 72 participants, 21 countries. But all those numbers mean nothing without those who will make sambo history of European Games tomorrow. What is happening to our heroes – athletes, coaches and officials – in the arena named after Heydar Aliev a few hours before the sambo debut you can read in today's report.

The arena is ready for sambo

The arena where just a few days ago ended bouts in classical and freestyle fighting today is trying a sambo outfit. The mats are laid out, the screens are showing the names of the participants (that is being tested by the SwissTiming company), and the cameras are ready to broadcast the fight of the best sambists of the Old World at www.baku2015.com although the commentators are still looking at protocols of freestyle wrestlers. 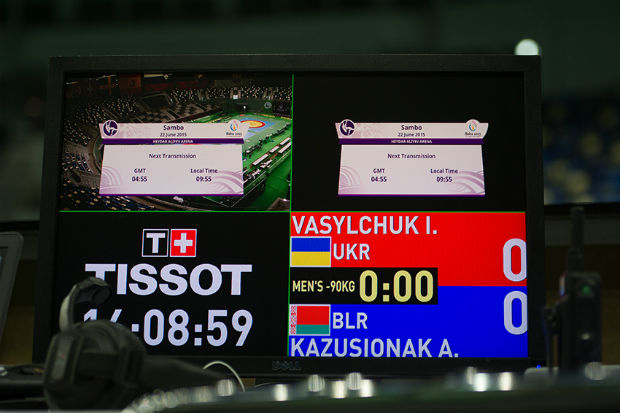 While the arena is preening up before the start of the sambo tournament, team representatives receive final instructions and clarify the nuances of the upcoming fight at a technical meeting held by FIAS’s Executive Director Sergey Tabakov, the head of the panel of referees Yevgeny Selivanov and the delegate of the organizing committee Ramil Akhmadov. 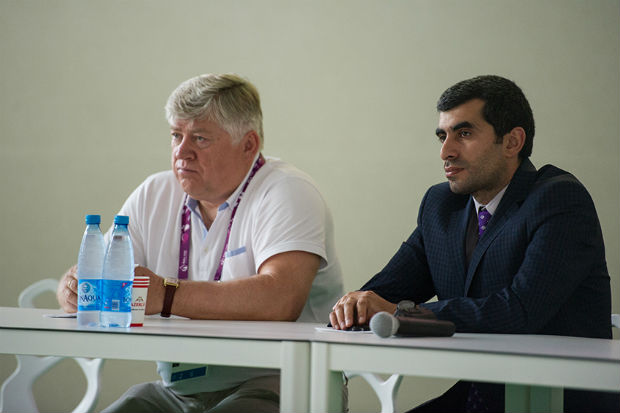 The team representatives were shown a presentation that reflected all the nuances of the upcoming bouts in sambo from regulation and details of the new rules to the athletes’ equipment. 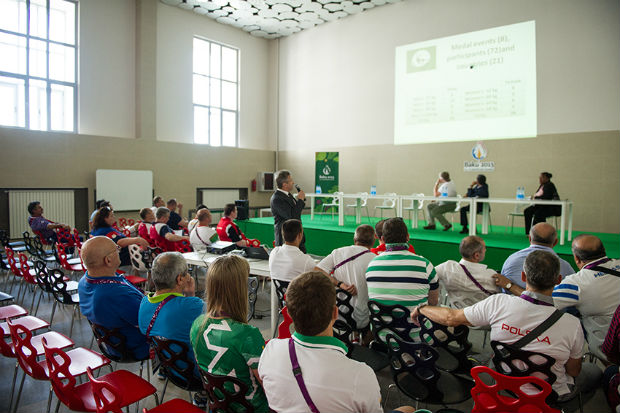 All were in high spirits in anticipation of the upcoming feast. There were few questions and clarifications, all were in a hurry to give final instructions to their wards and pass the draw procedure after weighing and see the start lists. 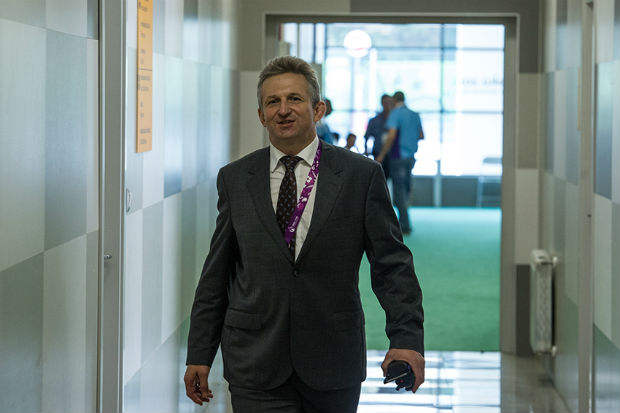 FIAS’s Executive Director who is also a technical delegate of the Games said that all is ready for the sambo feast in Baku: "At the meeting we tried to identify the main goal for all of us at this tournament: to show the beauty of sambo, its uniqueness, its spirit, the desire to go ahead and develop. We emphasized the fact that FIAS adopted new experimental rules that we are trying this year and this tournament will be a new exam for them. The new rules and the special uniform are all designed to make tomorrow’s tournament nice, stylish and spectacular. I'm sure we did our best and tomorrow we will show it to numerous spectators in the arena and those who will follow sambo bouts on TV screens and monitors."

Sergey Eliseev: "Sambo can be proud"

At the meeting team representatives were greeted by the head of the European Sambo Federation Sergey Eliseev: "These games are a good chance and a great success for sambists. We can once again show the world all the charm and beauty of our sport. For sambo it is also a confirmation of the high status of our martial art which can be on a par with the Olympic sports participating in the games." 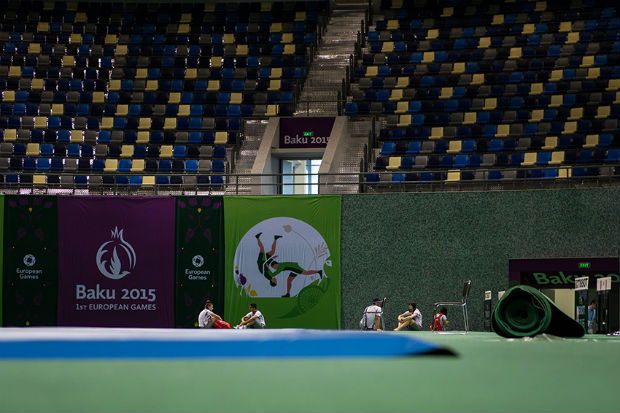 The national team of Belarus: "The Belarusians are on the 4th position in the medal standings. We will do everything for our sambists to contribute to the European games’ team race"

Yury Rybak and Stepan Popov are the leaders of the Belarusian and world sambo ready to weigh. Yuri doesn’t try to lose weight and Stepan who usually has extra 6 kg tells us about local cuisine willingly and with a twinkle in his eye. "We have been in Baku a few days and we even managed to watch some wrestlers’ performances. We wanted to cheer for our beautiful representatives of rhythmic gymnastics but didn’t find time for that. All of us like it here, the food is very good, kebabs are excellent,"- says Yuri. And Stepan who is looking forward to a full dinner after losing weight and weighing, adds: “After the weighing we will feel even better”. Belarusians are on the 4th position in the overall medal standings. Tomorrow we'll do everything for our sambists to contribute to the team race of the European Games."