International Seminar of Sambo Referees in Agros: the Day before Start 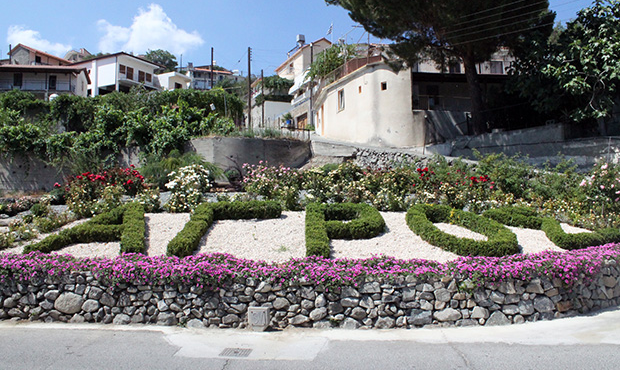 Today, July 31, is the arrival day for participants of the International Seminar of Sambo Referees in Agros of Cyprus. The referees form different countries and continents have reached the town located high up in the mountains, by different ways. What they have seen finally, what they expect from the event to be started tomorrow and whom it takes the longest time to reach the point – you will read about this in the FIAS reportage.

If you have managed to find a right point, you can see the whole Agros in full view. 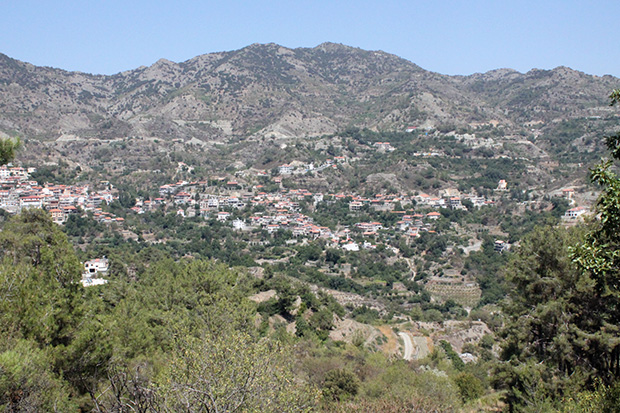 On closer examination one can see that houses are located in tiers, as if they grow one above the other. 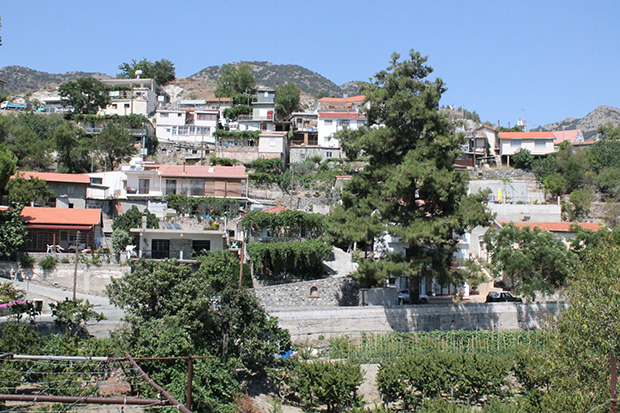 And one can move both by narrow side streets and crossings 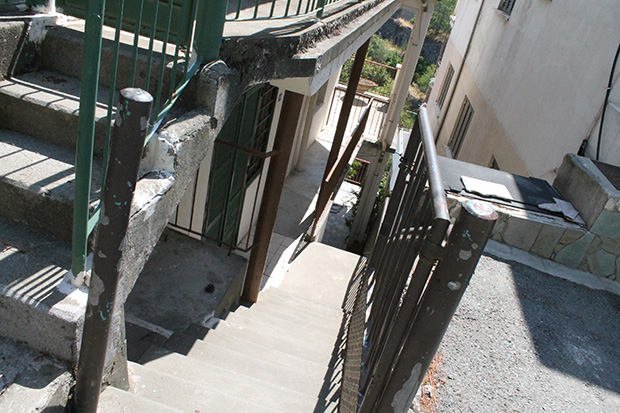 .. and wide roads with ideally smooth asphalt. By the way, the lamps operating from solar batteries are located on roadsides. Within the whole day they absorb the solar energy and during the hours of darkness they provide the excellent visibility on roads. 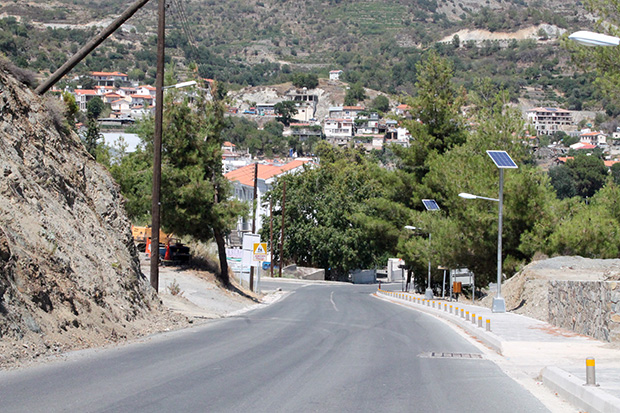 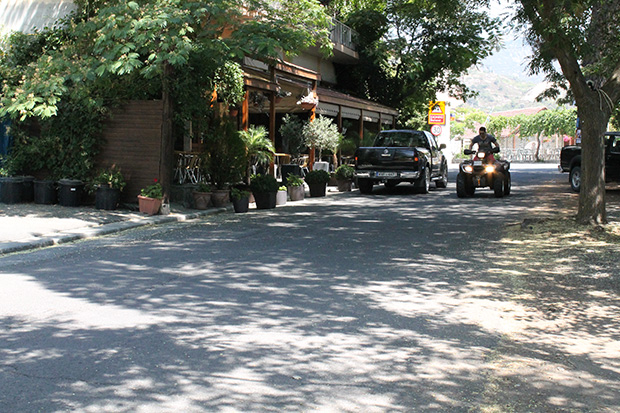 Drivers show the highest-level technique on winding roads. On the photo the concrete mixer is back running – probably, that’s why it has moved to the strange traffic lane. 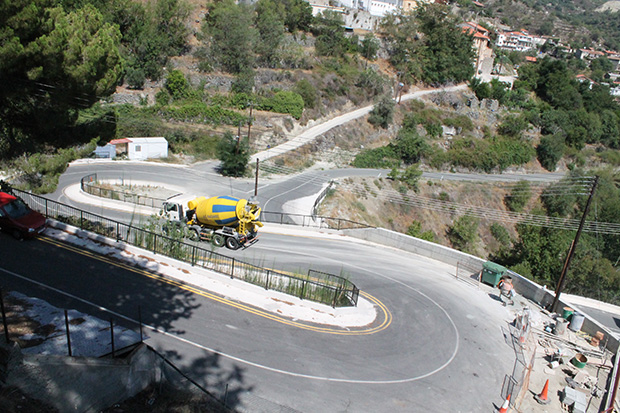 The church occupies the central place in the town. It is beautiful both from far away... 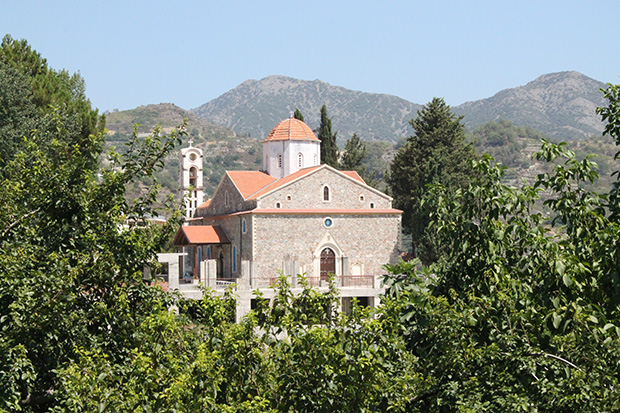 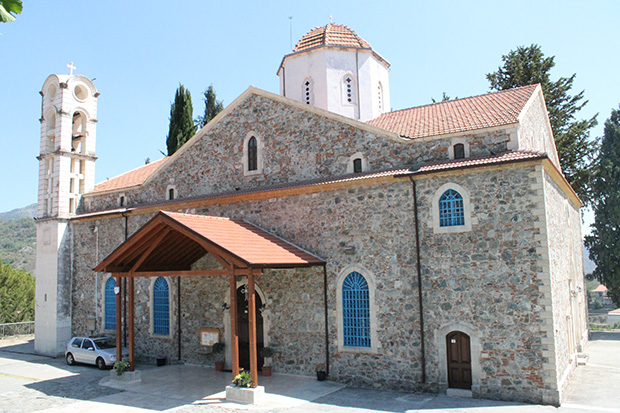 We have found the police car parked near the church. At first it seems that this car is here by unintentionally, but them we understand that the local police station is situated on the opposite side of the church. 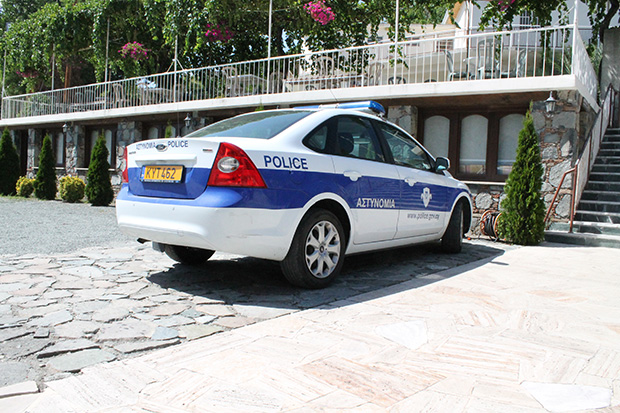 But it appears local policemen have not a great deal of work to do. We have found keys in ignition locks and opened windows near in a half of parked cars and one quadrocycle. They say that if one leaves some money and documents on a table in a café, in several hours one can find them at this place. This story was told to us by the person who had moved to Cyprus. 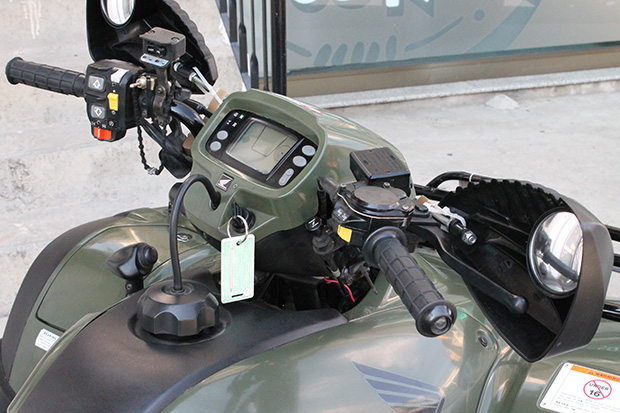 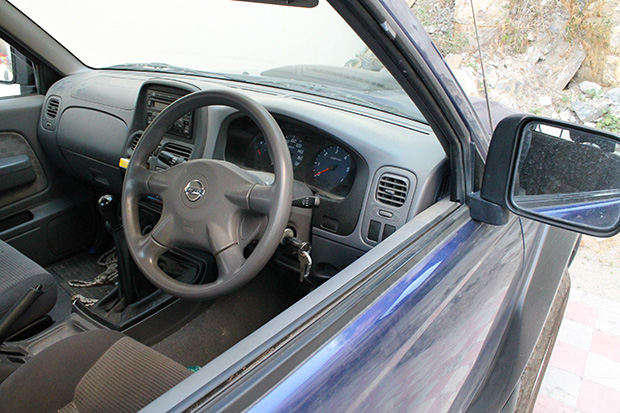 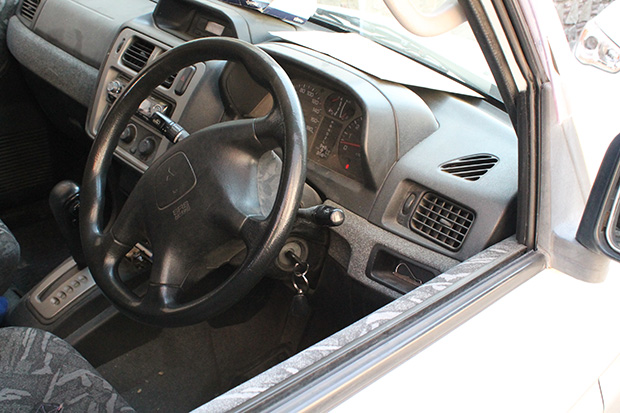 In Agros fruit fall literally from heaven. Vineyards yield not only fruit but also create a blissful shade which is really salutary in local heat. 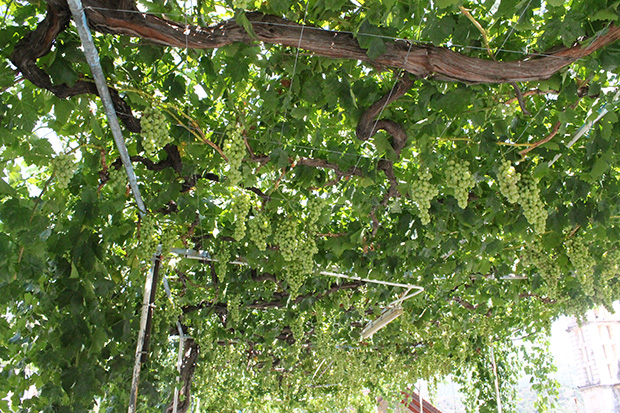 But Agros is mostly famous for its flowers, or roses, to be more exact. Al lot of signs located through the town show the way to the House of Roses manufacture. 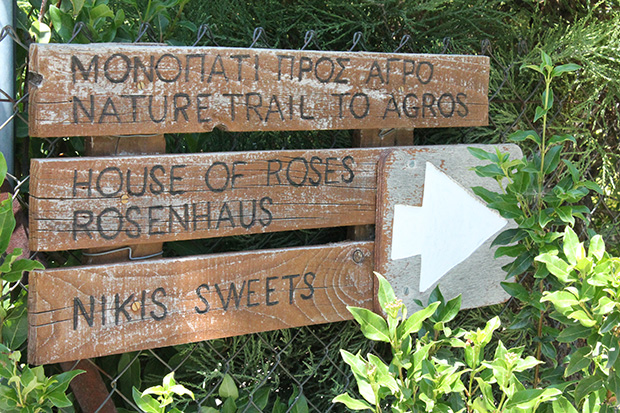 The distance in Agros is rarely measured to be more than several kilometers, therefore each person who appears in Agros for the first time, will get to the House of Roses in any event. 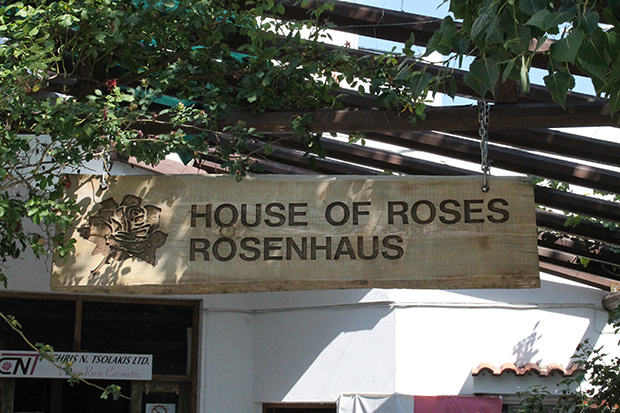 The owner conducts excursions eagerly, he shows the whole production cycle: from the moment of harvesting in May till manufacture of finished products. Tasting is the most pleasant part of the excursion. It turns out that one can manufacture creams, liqueurs and candles from roses. By the way, photographing is prohibited in the manufacture, but they made an exception for sambo. 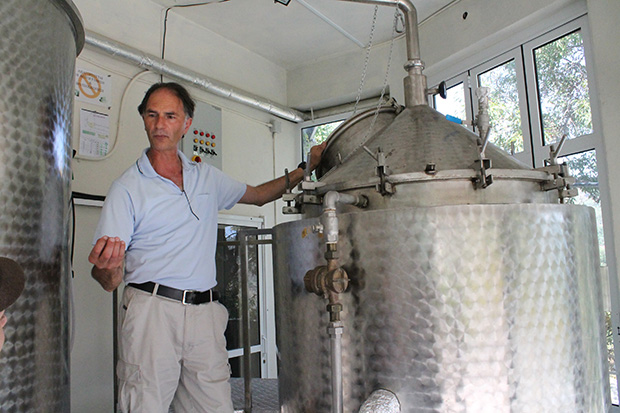 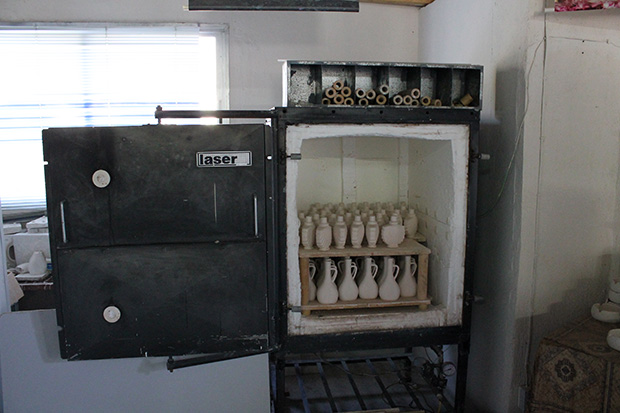 The spikes of the famous sportsman Carl Lewis with his autograph are the special pride of the owner of the manufacture. They were bought for EUR 2200 at the charity auction  the proceeds of which were used to help sick children. 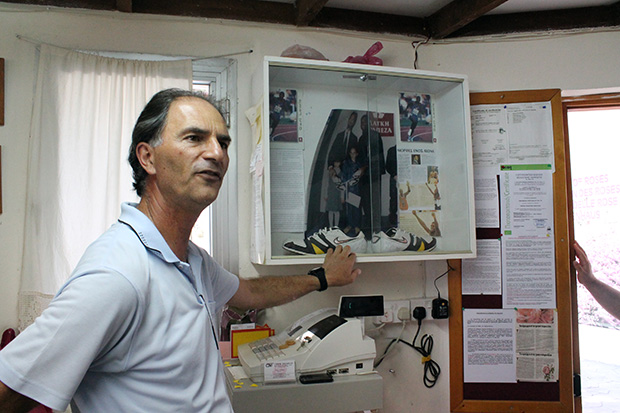 One can walk along Agros streets for a long time, however training is the main purpose of participants of the Referee Seminar. The theoretical part will be held in the conference hall, whereas the gym and sambo mat are prepared in the local sporting complex for the practical part. 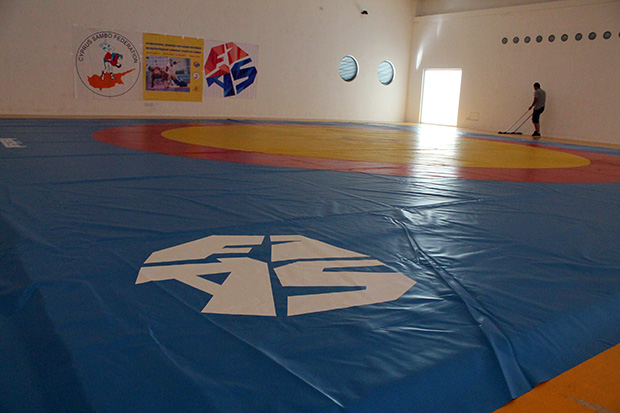 We can learn what the seminar participants think the day before the start, from some of them. 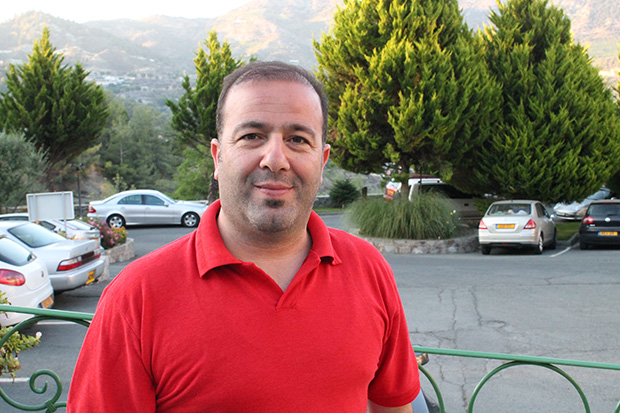 I started my sporting and referee career in wu-shu, but then I became familiar with sambo and found that it is a very modern and highly skilled kind of sports. I became interested in sambo and in 2009 I went to the Russian town Kstovo to take the international course of coach and referee training. Since that time I try to participate in all sambo contests as much as possible – I work as a referee both in the Asian and international tournaments. I am glad to be in Cyprus these days and improve my knowledge of sambo. I see the excellent arrangement of the seminar even now, before the start, and high level of all participants. I would like to thank the FIAS for arrangement of this event. 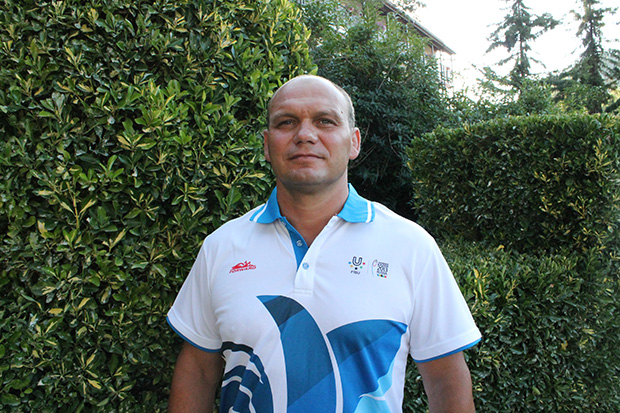 Each seminar is a possibility for people to learn something new. I always say that sambo is a subjective kind of sports, as there are many nuances which a person must know properly to be able to give right grades. One should study every year and revise the learnt material every year. Such seminars should be obligatory held regularly by the international federation. The seminar place in Cyprus is, firstly, the impetus to development of sambo in this country and, secondly, an excellent place for training, as I noted, there is nothing to do in Agros except for training. 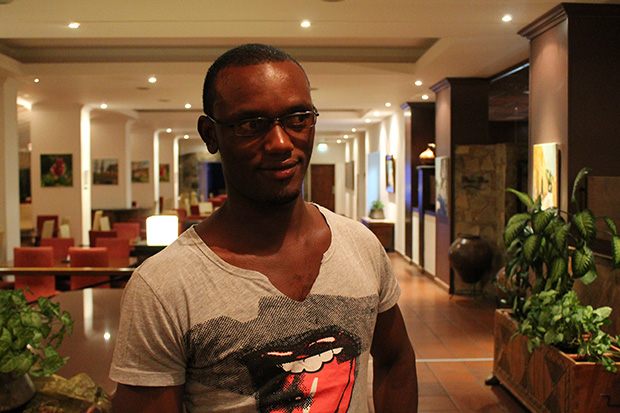 I am the Secretary General of the Cameroon national league and the international category referee. We had an uneasy way from Cameroon to Cyprus. At first, we flew to Nairobi (Kenya), there we transferred to another plane to Dubai (UAE), then we transferred to one more plane in

Doha, and finally arrived to this place. In addition, in some airports we had troubles with local authorities due to visa matters. Of course, we get tired, but we had a great purpose – to arrive to this seminar which is very useful for development of sambo in Cameroon.

Initially, we had the information that only the continental seminar would be held in Africa and we planned to take part in it. But then it became clear that it would be the international seminar for referees and we were glad to get such news and decided this would be even better. We decided to take up in this event, as we aspire to improve the level of sambo development not only in Cameroon, but also in the whole African continent. We need all fields, including refereeing, we want to be appreciable and we want the African referees to take part in refereeing large tournaments equally with other referees.