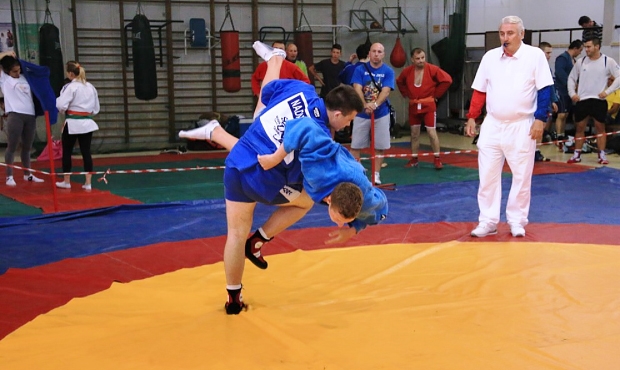 In October, the Israeli city of Ashdod will host the World Championship in Sambo among men who have dedicated their life to this single combat and now possess the proud title of "Master". One of the preparatory stages for this tournament was held in early July in another Israeli city of Bat Yam. It included a national championship in sambo and a seminar for referees. How many Israeli referees will be able to work at the World Championship among masters, how experts estimate the level of local sambists and what souvenirs the participants of the championship were able to take home – in today's report on FIAS’s site.

The date of the Sambo Championship of Israel was July 4, and a day earlier a seminar for local referees had been held taught by a referee of international extra-class Boris Sova. Some complex situations as well as issues regarding the changes in the rules of sambo valid from January 1, 2015 have been discussed there.

- I saw a great interest of the audience to the learning process. The participants asked a lot of questions on a variety of topics, it was clear that they really wanted to comprehend the art of being a referee, - says Boris Sova. - At the end of the seminar I can say that Israeli specialists have a common understanding about refereeing in sambo, almost all of them have a wrestling past that has a positive impact on their work in sambo. After the first day of class we managed to form a national body of referees that started its work at the national championship. 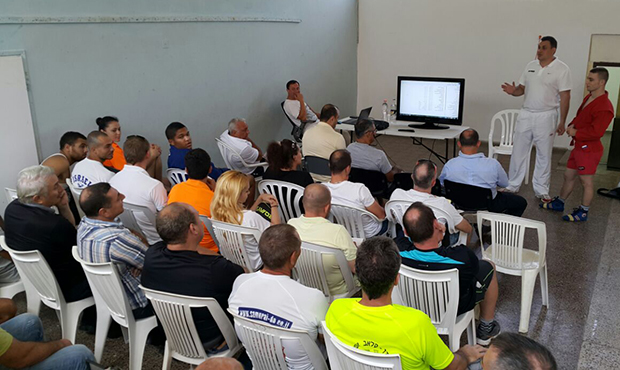 More than 160 athletes between the ages of 8 to 50 years took part in the championship of Israel that was held for the third time. The tournament was also attended by representatives of the administration of the cities of Ashdod and Bat Yam and Non-Olympic Sports Department of the Ministry of Culture and Sports of Israel. Festive mood at the championship was maintained by souvenir shops where you could buy a commemorative T-shirts, calendars, key chains and other souvenirs with the sambo theme. But Israeli athletes’ equipment still leaves much to be desired.

- We’ve managed to partially solve the problem of equipment thanks to the uniform brought as a gift from FIAS. In addition we received information from the representatives of the Sambo Federation of Israel that they were planning to order 150 sets of uniform for their athletes. This means that for the next tournament the problem of equipment will not be as urgent, - said the adviser to the President of FIAS on the development of sambo among masters Yuri Trufanov who was present at the tournament inspecting the preparation to the world championship among masters. 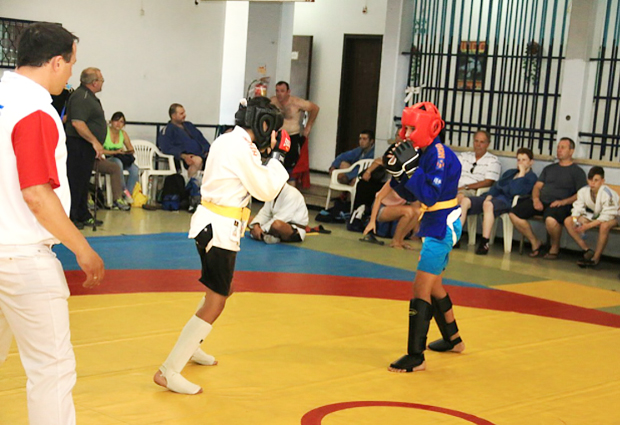 - We can’t yet speak of a high level of skill among Israeli sambists, but the dedication and desire to win of these guys are stronger than those of many other athletes. For my part, I would like to wish them to continue working on the technical and physical preparation. This will help them to achieve success in the future, - said Boris Sova acting as head referee at the Sambo Championship of Israel. 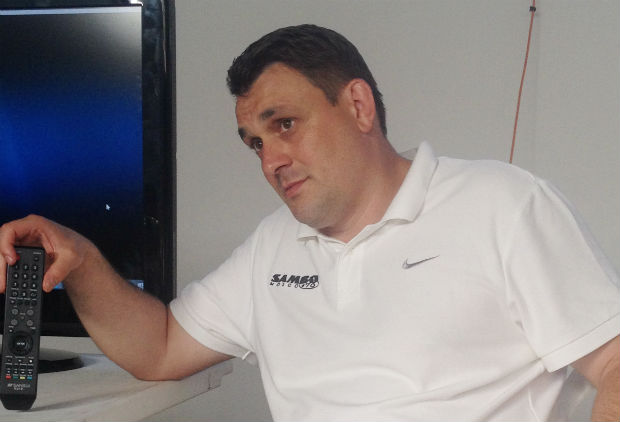 After the end of the championship exams among the referees who participated in the workshop and worked at the tournament took part. As a result three referees passed the exams with an "excellent" mark and qualified for the international category. All the corresponding documents with comments have been sent to the chairman of the FIAS’s panel of referees Evgeny Selivanov. The rest of the Israeli referees will also be able to work at the World Sambo Championship among masters but only as support staff. However for each of them it can be a step to professional growth.

"We know that before this in Israel there was only one sambo referee of international level. I think that the qualification of three more referees after the seminar and the championship is a great success for the Israeli body of referees, - says Yuri Trufanov. - My main task was the inspection of the preparation for the World Championship among masters. Apart from the issues with the referees’ panel I was able to get acquainted with the accommodation for the participants: I saw the warm-up room, places for weighing, working and eating. And of course the arena: a new cozy sports hall for 2000 seats with three sambo mats that will host the next championship. I can already say that everything in Israel has been provided for a successful tournament." 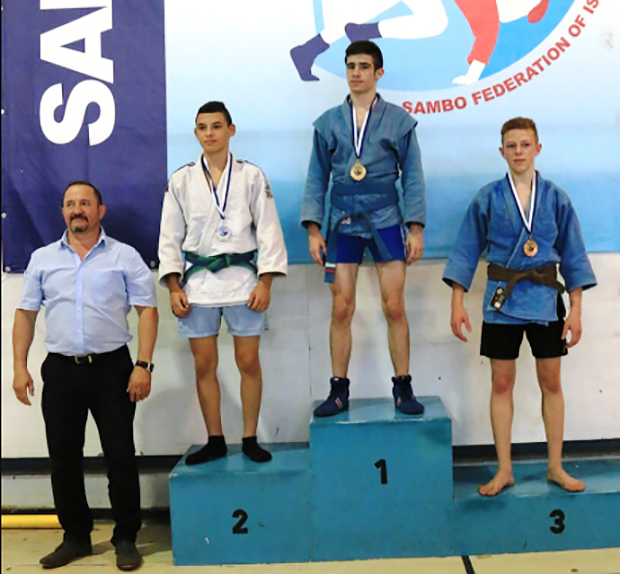 As FIAS’s site found out, a spokesman for the city administration of Ashdad who attended the championship stated their readiness to support the future world championship among masters from the city authorities’ side. Besides, the possibility of supporting sambo in Israel has been discussed with the representative of the Ministry of Culture and Sports of the country. This means that in October we can expect an exciting tournament for masters, and in the future - a significant growth and development of all of Israeli sambo.