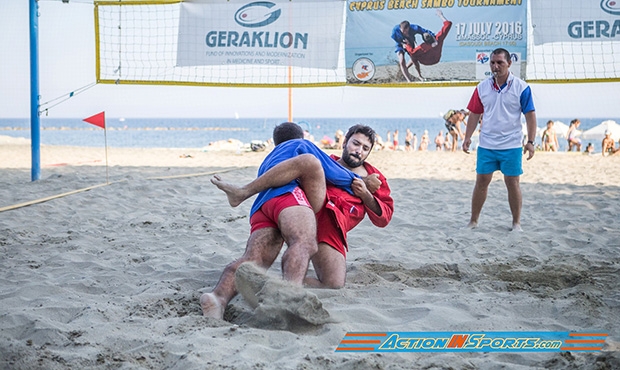 If there is sambo in Cyprus, then of course it is on the beach! This is probably the logic that guided the organizers of the Cyprus Beach Sambo Championship, which took place last weekend on Dasoudi beach in Limassol.

Dasoudi beach coast is covered with gray volcanic sand. This type of sand is not the most comfortable to the touch, and is quite course. Incidentally, the eastern part of the beach has great volleyball courts, one of which was the arena for the sambo competitions. The playing fields were covered with white soft sand, which was brought in especially and much less traumatic when falling compared to the local beach sand, and more comfortable for active sports.

The rules of beach sambo do differ slightly from the classic version of the sport. The fights are 3 minutes' long, without penalties and parterre until the first scored movement. This increases the audience appeal of the bouts and accelerates the pace. 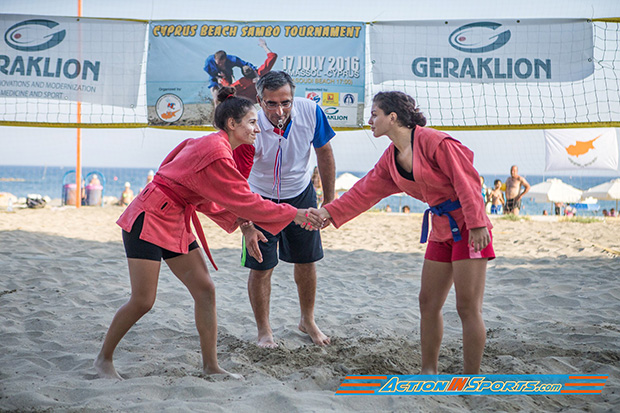 The Cyprus Championship gathered about 150 spectators on the beach, who watched it with pleasure. It was possible to see the fights without going to the beach in Limassol. The organizers arranged an online broadcast of the competition, which was accessible to Internet users worldwide.

As President of the Cyprus Sambo Federation, Marios Andreou, said, the bouts at the tournament were held in 6 weight categories, and there were 35 athletes participating. The Beach Sambo Championship took place in Cyprus for the second time. The debut was last year, when competitions were held on the Finikoudes beach in Larnaca.

This time, the winners of the tournament went to see a film together after the competition and awards ceremony. All together, they watched a famous movie about sambo, "Flawless Victory", which was shown on the big screen in a local hotel. 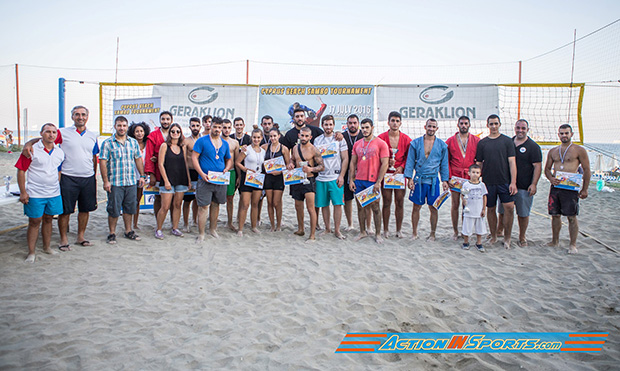