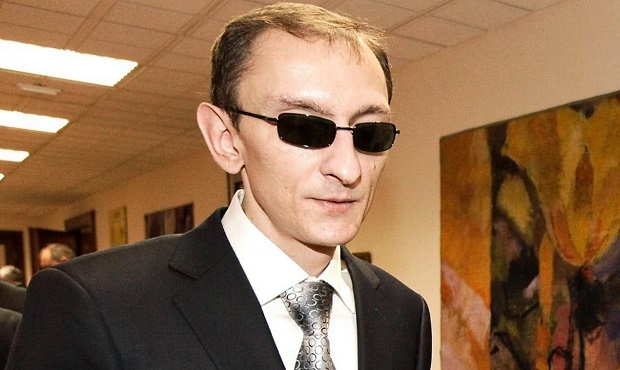 The head of All-Russian Sambo Federation Commission for Sambo Development for the Blind and Visually Impaired.

Why did I choose sambo? This may sound strange, but because I`m blind. I`ve been going into MMA and boxing since my childhood. Seizing the occasion, I want to extend a big thank you to my first boxing coach Petr Mikhailovich Aleksashkin (“Brek” club in the northeast of Moscow), who cultivated love for boxing and martial arts in me!

When I lost my sight, of course, combat martial arts became inaccessible for me. I started going in for blind football (Paralympic sports). A year later, by a chance I met a person, who advised me to try sambo. After certain thinking, I joined a training and I liked it. Things altogether have started rolling for me since that moment. Of course, specifics of fighting for the blind left a certain mark, but since many things were familiar to me these training didn`t present great difficulties. In a nutshell, this is my story. 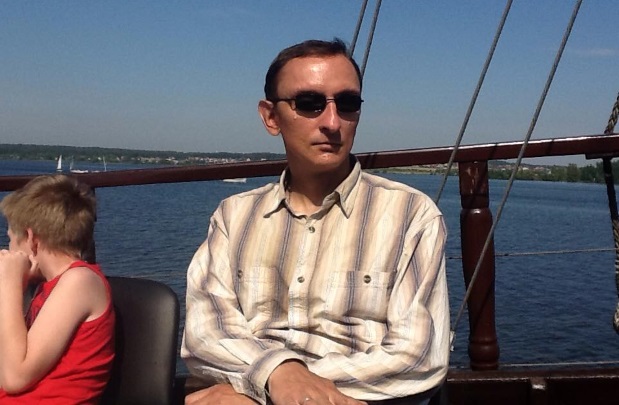 There were no tournaments for the visually impaired sportsmen. I mean I gave exhibition performances, but as the saying goes, it was not the case. Gradually I have grown to think of the need to organize such tournaments among the handicapped. Especially since the number of people engaged in this sport was sufficient. In 2011, we organized a pilot tournament for the sighted and blind sportsmen.

Back then, its scale was not big, but all the same it didn`t have a rocky start. At the tournament, I met the Vice-President of Moscow Sambo Federation Victor Aleksandrovich Ignatenko, who, may he forgive me for the grandiloquence of these words, became a real guardian angel in the world of sambo. 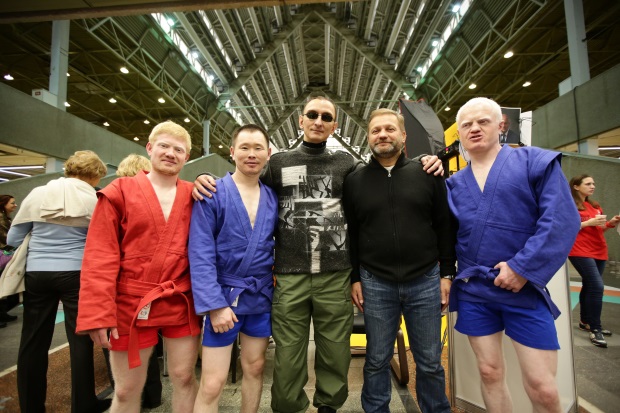 In 2012, with the support of Moscow Sambo Federation the first Moscow Open Sambo Championship among the handicapped and the third sambo tournament called “Overcoming” were held. As it is, slowly the things started moving. It turned out that I wasn`t able to perform at any of the events no matter how hard I wanted it.

There was a disastrous lack of time. I had to deal with some issues and sort out problems permanently. As the saying goes, the cobber’s children have no shoes. I`m afraid that despite my strongest ambitions I won`t be able to perform at the competitions, since organization of events takes much time and effort so far. 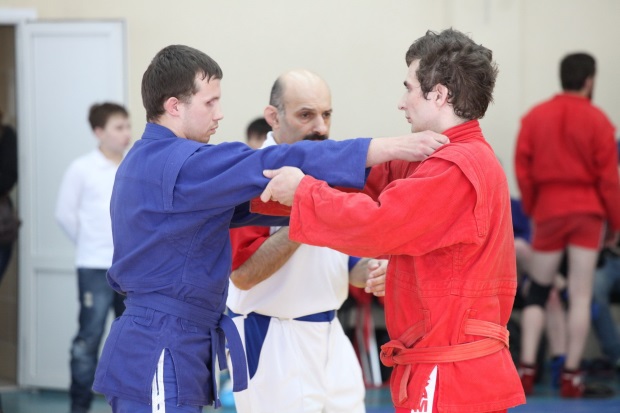 At the moment, I`m the head of All-Russian Sambo Federation Commission for Sambo Development for the Blind and Visually Impaired as well as the head of “blind sambo” discipline in All-Russian Blind Sports Federation. On a whole, I`m developing this sports throughout the country. Seizing the occasion, I want to express my gratitude to Sergey Vladimirovich Eliseev, the President of All-Russian Sambo Federation, who provides every possible assistance in all kinds of matters.

On November 5, 2015, with the help of the President of Blind Sports Federation Lidiya Pavlovna Abramova “blind sambo” event was acknowledged an athletic discipline and included in All-Russian sports registry. We`ve been working on it for a few years already and to be perfectly blunt we haven`t quite realized that we`ve already done a lot and keep on making history of blind sambo.

The mega-event, which will be held from May 19 to May 22 2017 in Moscow, is a consistent result of all our efforts. There is nothing like it not only in this country but also elsewhere.

No country has ever held the national fighting championship among the visually impaired yet. Russia as the founder of sambo took on hosting duties. Now all of us need to work even harder to keep blind sambo developing internationally and let it take the rightful place at the Paralympic Games.

I am glad to know that we are being observed from abroad and many countries want to cooperate with us badly. For example, on my own initiative a Commission for Sambo Development for the Blind and Visually Impaired was established in the USA. The Senior Vice President of the USA Sambo Federation Mikhail Kozitskiy actively promoted this campaign.

We have been making energetic efforts in order to cooperate with many countries across the world, but the main focus is on organization of events in Russia. In particular, Russian Championship which attracts strong interest among the sportsmen and officials. Two organizations are involved in its arrangement: Blind Sports Federation and All-Russian Sambo Federation. We work all together, after all, it is the first championship and everything should be on a higher level. We have been planning to invite officials, famous cultural workers and sportsmen.

In 2015, we established “Blind Sambo” charity fund with my wife Natalia Novikova at the head of it. Its purpose is to accumulate financial resources for the development of this sport not only in Moscow, but also throughout Russia. Unfortunately, the progress is slow, but we keep our heads up and keep working in this direction; we constantly write letters, and appeal to all empathic people requesting their support of socially important direction in the world of martial arts in the times of crisis. I strongly believe it is going to be all right! 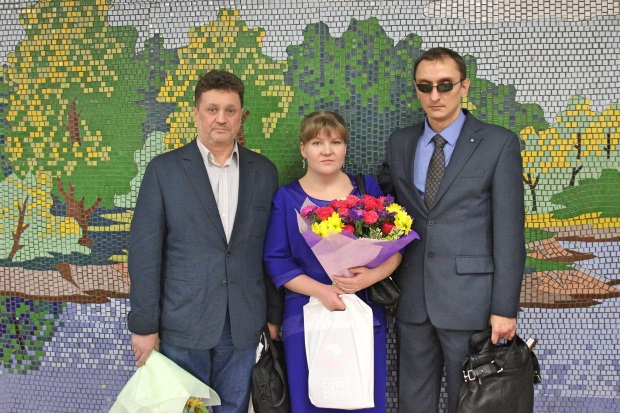