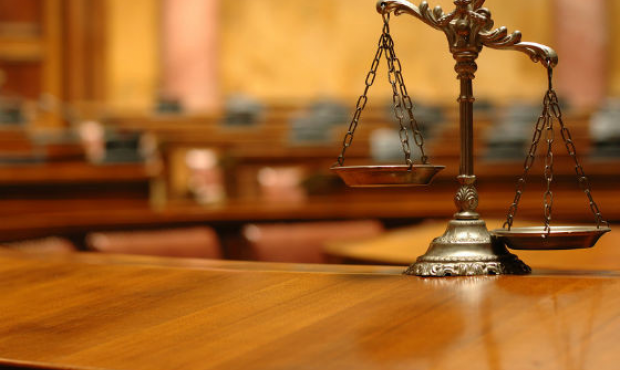 The President of the Court of Lausanne (Switzerland), Jean-Luc Genillard decided to satisfy the request of the President of the International Sambo Federation Vasily Shestakov, and the majority of the National Sambo Federations - FIAS members to impose extraordinary interlocutory injunctions via cancellation of the decision of the Trade register of Canton of Vaud, in which illegal changes were made to the Trade register of the Canton of Vaud to the full extent.

This legal wording means that a corporate raid gamble of the group of people toward the International Sambo Federation failed. The relevant court injunction came today from Lausanne to the FIAS head office.

We shall recall, July 22, 2013, just a few days after the end of the Universiade in Kazan, where Sambo was for the first time in the history included in the competition programme, there came an information about the illegal change of the composition of the senior management of the International Sambo Federation by the group of people by prior conspiracy led by N.Lents, M.Shults, D.Rudman.

The International Sambo Federation managment made a statement in which any change of the composition of the executive committee was denied. The text of a statement signed by the FIAS President Vasily Shestakov, was posted on the official website of the FIAS. At the same time, the International Sambo Federation initiated a criminal investigation of the case in several countries.

When the leading news agencies and the media found out about what had happened, they immediately decided to conduct their own investigation get down to bed-rock. Journalists revealed multiple facts of lawlessness in the actions of those individuals who had decided to make a raider seizure of the FIAS. For example, on the basis of the documents that were handed over to the Swiss Trade Register, it was indicated that so-called FIAS Congress allegedly took place in Kuala Lumpur (Malaysia), June 21-22 this year. However, there was no legal basis for it, and all the conceivable and inconceivable rights of the Swiss law and the provisions of the FIAS Statute have been violated.

As was reported in "Rossiyskaya Gazeta", "to organize it [Congress], you need to adhere a lot of official procedures. Collect relevant statements at least of a third part of all the participating countries-members of the FIAS (third - it's 27 federations), send them to the President-in-Office and to the executive committee. Only in this case, the FIAS executive committee will organize an extraordinary congress all by itself. In the case of a meeting in Malaysia, none of these official formalities was complied with. It is not surprising that this extraordinary congress was held under the guise of scientific-practical conference. This so-called congress could never qualify as a high-level meeting. However, due to the signature of a excluded FIAS General Secretary Nicholai Lenz the Trade register of the Canton of Vaud accepted the forged document to hold an extraordinary congress and formalized the changes made in it. "

As it became known today, August 26, 2013, the Court of Lausanne decided to exclude Nicholai Lentz out of the list of persons authorized to sign in the FIAS. Moreover, the court dismissed the petition of the lawyer representing the interests of Michael Schultz, Nicholai Lenz, David Rudman and other renowned persons from this group, of the advance payment of Vasily Shestakov and the National Sambo Federations of the security deposit in the amount of 400,000 francs. In other words, the defendants’ lawyer offered to charge Vasily Shestakov and the National Sambo Federations with this huge amount of money on account of the court to ensure the safeguards for the rights of defendants, which in and of itself is absolutely absurd.

Now the legitimate governing body of the International Sambo Federation, headed by FIAS President Vasily Shestakov focuses its work on restoring the reputational damage that FIAS and Sambo has suffered as a result of the illegal actions of Mr. Schultz, Mr. Lenz, Mr. Rudman, Mr. Gorodnov, Mr. Biryukov and others, as well as will continue to make accountable those guilty in the lawlessness, up to the prosecution

In turn, the athletes, coaches, presidents and members of the National Sambo Federations included in the close-knit FIAS family can safely continue its functional work for the good of the development of our beloved martial arts - Sambo!