Vsevolod Zeleny: "Sometimes nothing is better than just anything" 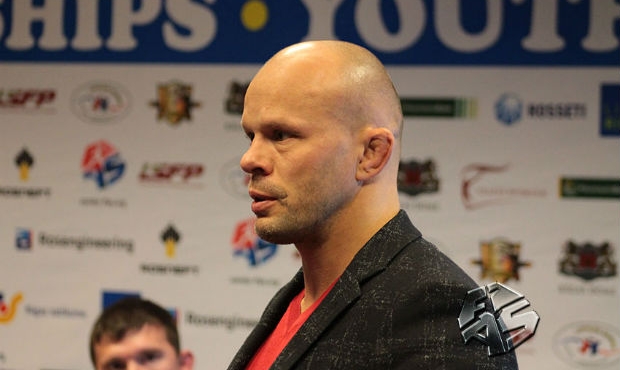 We recorded an interview with Vsevolod Zeleny, the president of the Sambo Federation of Latvia, immediately after the World Sambo Championship among youth and juniors in Riga in October this year. The tournament took place at the highest organizational level and was positively received by the management of FIAS, athletes and coaches. On the eve of the launch of the main event of the year, the Sambo World Championship, the organizing committee of Morocco 2015 is busy with final preparations, and the FIAS website is publishing a story by Vsevolod Zeleny about how he helped organize the World Youth Championship at a high level.

"In my opinion, compared to Riga 2011, Riga 2015 was much more professional. The result of any professionalism is the experience that we have acquired over the years, when we stage various events, whether they are national championships or international tournaments. At the same time, we look not only at ourselves, but study the experience of other events. All this gives us the opportunity to improve professionally. Perhaps, it seems that everything went smoothly and uneventfully, but internally, that might not have been the case. In 2011, we as organizers were less nervous, and the quality of the event was slightly lower. Here, the quality is higher, but the energy applied was much greater."

"We took into account the mistakes that absolutely everyone made, and tried to get away from them. We made the hall as comfortable for spectators and athletes as possible. It seemed to me that the TV picture was very good. And at the same time, there was nothing to distract from the main event: combat on the mats. The focus must always be on the mats and athletes, not on the surroundings. All logistics are set on athletes not being late for matches or the awards ceremonies and this is a combined effort by the organizers, team of referees and team of FIAS. Everyone knew his place and his work, so there was no error. We were very careful about all of the recommendations that we were given by FIAS. We may have a lot of experience and we may be good professionals, but the International Sambo Federation accumulates experience from all national federations and international competitions, so it can provide a broader view."

"You can and should strive for perfection indefinitely. However, in my opinion, the main thing is to make everything run smoothly. For this, it is necessary to prioritize correctly. The first thing is that the fight must always be the center of attention. You must create all conditions for athletes to be comfortable and then they can fulfill their primary task: going out, competing, and winning medals. The second thing should ensuring everything complies with all rules and regulations approved by FIAS that are needed for the co-ordinated work of the judges. The third thing is the spectators, who should be comfortable, at ease and interested. When we improve all the above, and add to this a good marketing job, this works on the spectator and TV audience. We want a good picture to attract an audience. And this quality is the advertising that our sport needs."

"All opening ceremonies I have ever seen in my life have of course left an impression. From the first ceremony of my first competition at 13 years old, to my fourth Olympic Games in Beijing. The progress we made in Riga says I have seen a lot of things and know how it is all done, whether small or large. I think we managed to find some middle ground. It seems to me that we haven't done anything new. Just what it should have been, and we did it well. The principle is this: sometimes nothing is better than just anything."

"I aspire to our students reaching mid-level. Of course, we are all proud of the guys who take medals at major international tournaments, including world and European championships. However, I would also like to have more fifth and sixth places than first places. We managed to take two medals: silver, where we expected a medal, and bronze, where we pinned no great hopes on any award. We had two more contenders for medals, but one of them lost his fights and another was unable to perform at the tournament due to injury. Basically, we counted on three medals, one of which was supposed to be gold. Despite the fact that the plan wasn't fulfilled to the end, I am pleased with the results overall.

As federation president, I set the tasks, and in doing so, try to not raise the bar in order to enjoy even the small victories. We have a bronze, I am pleased that there is a silver, and I very much regret that we have not got the gold we almost reached. We failed to fulfill the program to the max, but surpassed the minimum program, so it is fair to rate team as 'satisfactory'."

"For us, as for any organizer, the presence of distinguished guests is very important, especially if this is the management of the International Sambo Federation. If these people come to you for competitions, they have already given you recognition: they don't go to poor events. I received reasonably high appreciation from FIAS president Vasily Shestakov. He noted the organization of the tournament, the hall decor, as well as the fights shown by the participants. In addition, there were many thanks from representatives of various teams, which, among others, noted the well thought-out logistics and absence of any errors."

"Musical accompaniment for the competition is of paramount importance. We had a professional DJ who knew how to fill in the breaks and how to enhance the atmosphere of the ceremonial moments. In addition, the voice of the announcer is very important for the tournament. Commentary on the fights should be done by a person who understands it well and can professionally provide intonation to give meaning to the moment at the right time."

"First impressions count when meeting a person or going to an event. You go to the hall for a few seconds or minutes and realize if you want to stay or not. After that, everything will depend on the quality of the fights, and the quality of the athletes' performances. It seems to me that everything worked out this time. Everything was right and good. I believe that this tournament may develop for a larger hall, more space and become even more interesting. I think you can really create a great entourage around this event and start selling tickets for the stands."