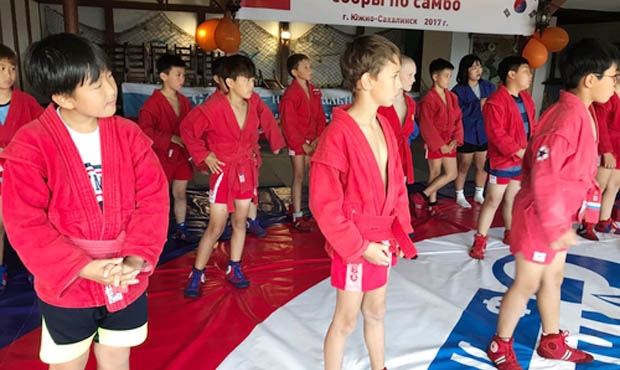 First trainings were held in Kholmsk. In “Otvaga” (“Bravery” ) sport club, which has rich sporting traditions, Korean sportsmen and coaches learnt more about a number of important features of SAMBO rules and mat wrestling, they also took part in training fights. 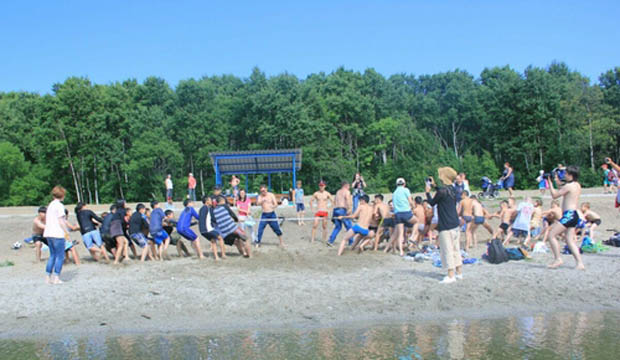 After a two-day stay in the port city the training camp continued its work on “Aquamarine” base, situated on the coast of the Sea of Okhotsk. Under the guidance of experienced coaches, more than 50 young SAMBO athletes during a week improved their sports skills and raised their functional and general fitness level. Along with 3-time a day trainings the program of training camp also included various leisure events, such as open-air team games, sea bathing, birthday parties and intellectual games. 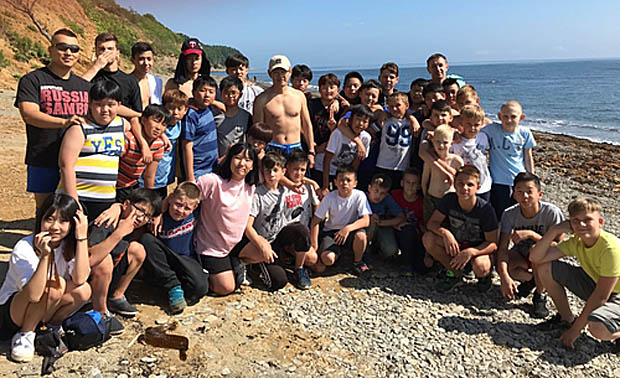 Guests from the Republic of Korea spent the closing days in the houses of their friends from Yuzhno-Sakhalinsk, it strengthened their friendship even more. The hosts point it out, that this training camp yet again proved that SAMBO is not only a great sport, but also a mean of establishing understanding and mutual respect between people from different countries. 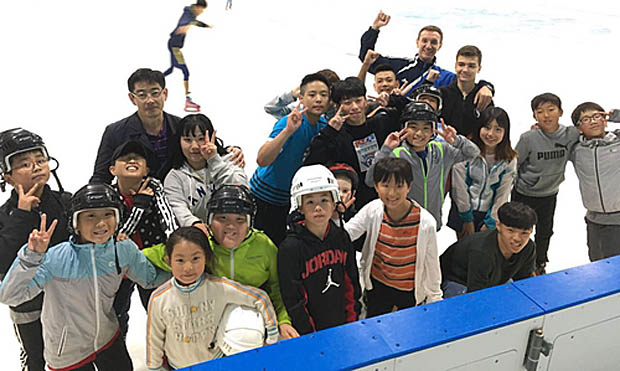